In this blog post, Ashok K. K. Vasudevan, the Managing Director at Festo Global Production Centre, India and a student pursuing a Diploma in Entrepreneurship Administration and Business Laws from NUJS, Kolkata, describes the Dispute Resolution Machinery and Provisions for Appeal under the Employees’ Provident Fund and Miscellaneous Provisions Act of  1952.

What is Employees Provident Fund and Misc. Provisions Act, 1952? (1)

The Employees Provident Fund (EPF) Scheme was established with the intent of providing social security and is also seen as a motivation Avenue resulting in a satisfied workforce for employees, who contribute to the growth of an organisation and thereby to the economic growth of a nation. 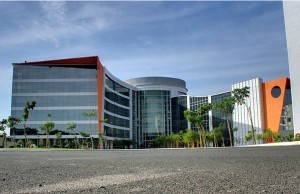 (1) “The Employees’ Provident Funds and Miscellaneous Provisions Act, 1952 (Act No.19 of 1952) 4th March 1952 – An Act to provide for the institution of provident funds, pension fund and deposit-linked insurance fund for employees in factories and other establishments.

Be it enacted by Parliament as follows:-

(1)       This Act may be called the Employees‟ Provident Funds and Miscellaneous Provisions Act, 1952.

(2)       It extends to the whole of India except the State of Jammu and Kashmir.

(b)       to any other establishment employing twenty or more persons or class of such establishments which the Central Government may, by notification in the Official Gazette, specify, in this behalf:

Provided that the Central Government may, after giving not less than two months‟ notice of its intention so to do, by notification in the Official Gazette, apply the provisions of this Act to any establishment employing such number of persons less than twenty as may be specified in the notification.

(4)       Notwithstanding anything contained in sub-section 3 of this section or-sub-section 1 of section16, where it appears to the Central Provident Fund Commissioner, whether on an application made to him in this behalf or otherwise, that the employer and the majority of employees in relation to any establishment have agreed that the provisions of this Act should be made applicable to the establishment, he may, by notification in the Official Gazette, apply the provisions of this Act to that establishment on and from the date of such agreement or from any subsequent date specified in such agreement.

(5)       An establishment to which this Act applies shall continue to be governed by this Act notwithstanding that the number of persons employed therein at any time falls below twenty.” (1)

The Industrial Disputes Act of 1947 provides a machinery for the settlement of major industrial disputes, which can be broadly classified as (1) Conciliation (2) Court of Inquiry (3) Voluntary Arbitration and (4) Adjudication. In this article, our focus will be on “Conciliation”, which will be more relevant to the topic under discussion.

(2) “Conciliation is the “practice by which the services of a neutral party are used in a dispute as a means of helping the disputing parties to reduce the extent of their differences and to arrive at an amicable settlement of agreed solution.” (2)

A Conciliation officer by law can be appointed to conciliate between parties of an industrial dispute, which in this case of the article would apply to disputes relating to the Employees’ Provident Fund under the Miscellaneous Provisions Act of 1952.

As per the law, a Conciliation Officer has the powers of a Civil Court, and he/she can go behind the facts relating to a dispute and offering a judgment that is binding upon the parties in dispute. When the officer receives information related to a dispute, he/she is required to send a formal invitation in writing to the parties concerned and informing them of his intention to start conciliation proceedings from a specific date. The officer will then commence doing as deemed fit in persuading the parties in coming to a fair and amicable settlement. 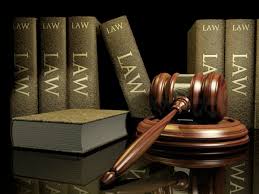 The conciliation officer is expected to send his report to the government who has authorized him / her along with a copy of any settlement arrived between the parties. In the event of failure of conciliation, the officer will need to send a detailed report elaborating on the reasons for the failure of conciliation. The report from the conciliation officer needs to be submitted within 14 days of the starting of the conciliation proceedings or earlier. However, this timeframe of 14 days may be extended by an agreement in writing of all the parties involved in the dispute and subject to the approval of the conciliation officer. When an agreement is reached between the disputing parties, a memorandum of settlement is prepared which remains binding for a period as agreed upon by the parties involved. When no such period is agreed upon, then a period of six months comes in to effect from the date of signing the memorandum of settlement. It continues to be binding on the parties to the dispute after the expiry of this said period of six months until the expiry of two months from the date on which, a notice in writing is given by one of the party or parties to the settlement, indicating their intention to terminate the settlement.

The government has the discretion to appoint a Board of Conciliation consisting of a Chairman and two or four other members, in the event the conciliation officer fails to resolve the differences between the parties to the dispute. 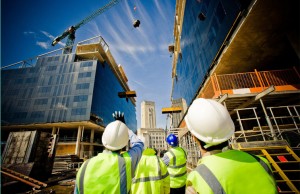 Having seen so far as to how conciliation as a dispute settlement machinery can be adopted, we now focus on its applicability under the Employees Provident Fund and Miscellaneous Provisions Act of 1952.

(1)”7A. Determination of moneys due from employers. –

(a)        in a case where a dispute arises regarding the applicability of this Act to an establishment, decide such dispute; and

(b)       determine the amount due from any employer under any provision of this Act, the Scheme or the Pension Scheme or the Insurance Scheme, as the case may be, and for any of the aforesaid purposes may conduct such inquiry as he may deem necessary.

(2)       The officer conducting the inquiry under sub-section 1 shall, for the purposes of such inquiry have the same powers as are vested in a court under the Code of Civil Procedure, 1908 (5 of 1908), for trying a suit in respect of the following matters, namely:-

(a)        enforcing the attendance of any person or examining him on oath:

(b)       requiring the discovery and production of documents; 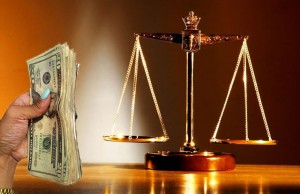 (d)       issuing commissions for the examination of witnesses, and any such inquiry shall be deemed to be a judicial proceeding within the meaning of sections 193 and 228, and for the purpose of section 196 of the Indian Penal Code 45 of 1960.

(3)       No order shall be made under sub-section 1, unless the employer concerned is given a reasonable opportunity of representing his case.

(3A)    Where the employer, employee or any other person required to attend the inquiry under sub-section 1 fails to attend such inquiry without assigning any valid reason or fails to produce any document or to file any report or return when called upon to do so, the officer conducting the inquiry may decide the applicability of the Act or determine the amount due from any employer, as the case may be, on the basis of the evidence adduced during such inquiry and other documents available on record.

(4)       Where an order under sub-section 1 is passed against an employer ex-parte, he may, within three months from the date of communication of such order, apply to the officer for setting aside such order and if he satisfies the officer that the show cause notice was not duly served or that he was prevented by any sufficient cause from appearing when the inquiry was held, the officer shall make an order setting aside his earlier order and shall appoint a date for proceeding with the inquiry: Provided that no such order shall be set aside merely on the ground that there has been an irregularity in the service of the show cause notice if the officer is satisfied that the employer had notice of the date of hearing and had sufficient time to appear before the officer.

Explanation.– Where an appeal has been preferred under this Act against an order passed ex parte and such appeal has been disposed of otherwise than on the ground that the appellant has withdrawn the appeal, no application shall lie under this sub-section for setting aside the ex parte order.

(5)       No order passed under this section shall be set aside on any application under sub-section four unless notice thereof has been served on the opposite party.

7B. Review of orders passed under Section 7A. –

(1)       Any person aggrieved by an order made under sub-section 1 of section 7A, but from which no appeal has been preferred under this Act, and who, from the discovery of new and important matter or evidence which, after the exercise of due diligence was not within his knowledge or could not be produced by him at the time when the order was made, or on account of some mistake or error apparent on the face of the record or for any other sufficient reason, desires to obtain a review of such order may apply for a review of that order to the officer who passed the order: Provided that such officer may also on his own motion review his order if he is satisfied that it is necessary so to do on any such ground.

(2)       Every application for review under sub-section 1 shall be filed in such form and manner and within such time as may be specified in the Scheme. 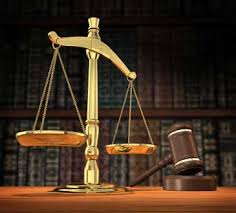 (3)       Where it appears to the officer receiving an application for review that there is no sufficient ground for a review, he shall reject the application.

(4)       Where the officer is of opinion that the application for review should be granted, be shall grant the same: Provided that, –

(a)        no such application shall be granted without previous notice to all the parties before him to enable them to appear and be heard in support of the order in respect of which a review is applied for, and

(b)       no such application shall be granted on the ground of discovery of new matter or evidence which the applicant alleges was not within his knowledge or could not be produced by him when the order was made, without proof of such allegation.