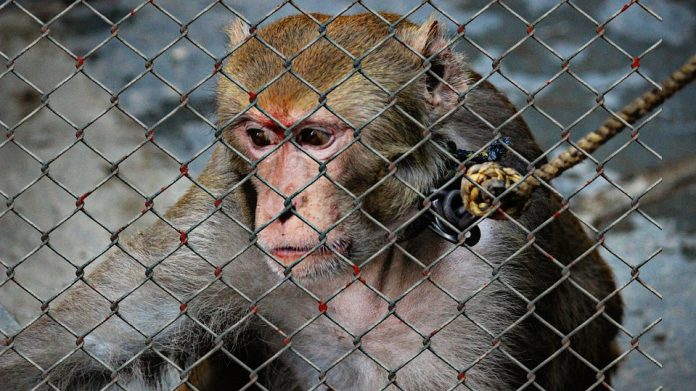 This article is written by Khushi Agrawal, 1st-year student, Symbiosis Law School, Noida. She has discussed the concepts of distress damage feasant and animal rights in detail.

An animal’s keeper is strictly liable, irrespective of negligence for damage done by the animal belonging to the dangerous species, or if he knew the vicious character of the animal belonging to the non-dangerous species. Animals falling in the first category are lions, bears, elephants, wolves, ape, etc. whereas animals falling in the second category are dogs, horses, cows, rams, cats, etc.

A person who keeps an animal with knowledge of its tendency to do harm is strictly liable for damage that it does if it escapes; he is under an absolute duty to confine or control it so that it shall not do injury to others. All animals ferae naturae, that is, all animals that are not harmless by nature, or have not been man-made and domesticated, are definitely presumed to have such a tendency so that the scienter does not need to be proved in them. All second-category animals, mansuetae naturae, are presumed to be harmless until they have manifested a savage or vicious propensity; proof of such a manifestation is scientific proof and serves to transfer the animal, so to speak, from the natural class to the class ferae naturae.

The conclusion boils down to the fact that there is no difficulty if the animal belongs to the category of ‘ferae naturae’. The keeper shall be liable strictly for the damage done by it even though he is not at fault. But the difficulty arises in those cases where the animal belongs to the category of ‘mansuetae naturae’. In such cases, if the animal has some dangerous propensities, it will be transferred in the category of ‘ferae naturae’. Here the keeper will be liable strictly, independently of negligence, if the plaintiff proves scienter i.e. the defendant had the knowledge of the dangerous propensities of such animal.

In the event of a cattle trespass and consequent natural damage, or any other damage due to particular vicious propensities of the cattle, the liability is strict and the owner of the cattle will be liable even if he did not know of any other particular propensities in that animal. There is no need to prove the defendant’s negligence as the liability is strict, i.e. without fault. It can be noted that cattle includes cows, asses, pigs, horses, bulls, sheep, and poultry. But dogs and cats are not included in the term cattle because of their tendency, and therefore cats and dogs cannot trespass. Thus, in Buckle v. Holmes[4], the defendant’s cat strayed into the plaintiff’s house where it killed thirteen pigeons. The defendants were not held liable for trespass. He was not liable for killing the pigeons because there was nothing peculiar to this cat alone. The liability under the scienter rule arises only when the defendant had knowledge. For example, a cat is prone to injure mankind. In such a case, knowledge of the defendant that a cat was prone to injure mankind must be established by the plaintiff and, for this, a single instance of the ferocity of such animal is sufficient notice. Thus in Read v. Edwards, the owner of a dog was held liable for his dog’s act of trespassing, chasing and killing certain pheasants which belonged to the plaintiff on the ground then the defendant had knowledge of the particular propensity of his dog.

In England, the Animal Act of 1971 has modified the common law by dividing the animals into two groups ‘dangerous’ and ‘non-dangerous’ which more or less follows the distinction between ‘ferae naturae’ and ‘mansuetae naturae’. Section 6(2) of the Animal Act defines a dangerous animal as “not commonly domesticated” and when fully grown can cause severe damage. When damage is caused by a dangerous animal, its keeper is strictly liable. But when damage is caused by a non-dangerous animal, Section 2(2) of the Act requires the plaintiff to prove that the defendant has the knowledge of certain abnormal characteristics for holding the defendant liable.

In England, the common law rule of Cattle trespass has been replaced by the Animal Act, 1971. Section 4(1) of the Act, provides that where livestock belonging to some person strays on to the land or property of another and causes damage to land or property on it which is the ownership or possession of another and/ or that person incurs expenses in keeping the livestock while it cannot be restored to the person to whom it belongs, the owner of the livestock is liable for the damage and expenses except as otherwise provided by the Act.

The common law remedy i.e., distress damage feasant is abolished. In its place, Section 7 of the Animals Act provides a right to detain the livestock and to sell it at the end of fourteen days. The ancient right of non-liability of the cattle owner if his cattle trespass to a highway and causes damage has been retained in Section 2 of the Act. Similarly, Section 5 of the Act recognizes the well-established law laid down in Tellet v Ward[6], that the occupier of premises adjoining a highway is presumed to have accepted the risk incidental to the passage of ordinary traffic along that highway.

In India, Cattle Trespass Act, 1871, provides that the trespassing cattle can be taken to the pounds established in various places for keeping such cattle. The owner of the cattle can take them back from the pound keeper after payment of the pound fess. However, he is not bound to pay compensation to the owner of the land. The owner of the pig which strays and does not harm to another’s land is liable to pay fine. According to Cattle Trespass Act, 1871, cattle includes elephants, camels, buffaloes, horses, ponies, mares, geldings, colts, mules, asses, pigs, rams, ewes, sheep, lambs, goats, fillies and birds.

The cultivator or occupier of the land or vendee or mortgagee of the crop may seize any cattle trespassing on such land and doing damage to any crop or produce and send the cattle within 24 hours to the pounds. There are other provisions with regard to delivery and sale of cattle, illegal seizure, detention, payment of penalties, etc. in the Act.

In Manton v. Holmes, it was held that unless there be trespass to land to begin with, the action is inapplicable to damage done by the animal to chattels or to human beings on the land. X owned a field and with his consent, the plaintiff put his horse there. Later the defendant, also with X’s consent, put his mare in the field, but he did not notify the plaintiff of this. The mare kicked the horse which had to be destroyed. The defendant was held not liable for cattle trespass for the mare had not been trespassing.

There are several defenses and they are:

The act of a stranger is a defense to liability under the rule.

An obvious example is a plaintiff fails to fence a haystack which he is licensed to put upon the defendant’s land and thereby cause the defendant’s cattle to consume the stack. Failure to fence the property may disentitle the plaintiff. But the plaintiff was under a duty to fence towards a third party and has neglected that duty its neglect will not exculpate the defendant. Therefore, if A has covenanted with his landlord C to keep his fence in repair and fails to do so and in consequence, the cattle of his neighbour B to whom he owes no duty to a fence, stray on to A’s land, A can sue B for cattle trespass.

The consent of the party is a defense to liability under the rule of law.

This defence has been abolished in England.

This may be a defense depending upon circumstances. This is the rule especially after the decision of the case in Stanley v. Powell[7].

The animal can be seized and detained until compensation is paid. This has now been abolished in England after passing the Animal Act, 1971,

The owner of the trespassing cattle may make amends by tendering some amount as compensation.

“Distress” means the right to detain and “Damage” means “injury” and “Feasant” means “wrongful act”. If a man unlawfully finds another man’s cattle or chattel on his land causing damages, he is entitled to seize and detain the cattle, which are impounded, to force them to compensate for the damages caused by their owners. This right is called the right to damage caused by distress. Distress is usually taken from straying bovines, but any other cattle that illegally encumbers and damages the land of a man can just as well be taken.

The law has always severely restricted the right to arrest and to be an extrajudicial remedy. It must, therefore, be held on the land of the detainer. He has no right to go after and recapture the thing if the thing escapes.

There is no right to distress when there is no infringement. Therefore, when the cattle are driven along a street, they can not be arrested on their driver’s way to the adjacent undisturbed land until there is a reasonable opportunity to drive them back. It is not lawful to take anything under the personal control of someone else by way of distress damage.