This article has been written by Harsh Mishra, pursuing the Diploma in Business Laws for In-House Counsels from LawSikho.

Travelling is liberating. It sets our minds free to enjoy the perks of life with beautiful destinations. Experts predict a surge in travel in the coming years since people have faced frustrating quarantines and isolation for more than a year now. Another stimulus that could give us peace of mind in these stressful times is luxury. The fact of owning a luxury item evokes a sense of pleasure in our minds. It is one of the reasons why Louis Vuitton saw a booming growth of 14 billion euros ($16.72 billion) in the first quarter of 2021, despite experts predicting otherwise. The brand could not have taken the advantage of these high demands without a robust distribution system. The fashion giant is known for its model of selective retailing. It has specialized stores at selected locations worldwide but with its online service and a long-standing bond of trust and warmth that it shares with its customers, this symbiotic relationship remained strong even during these tough times. Moving back to traveling, the brand has for long been a trend-setter in designing travel luggage. Its state-of-the-art innovation in this field has been consistent since its birth in 1854. 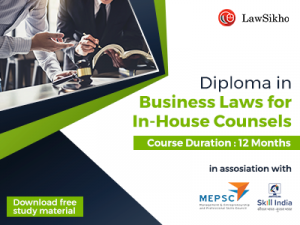 “The Beautiful Epoch” (1860-1914) was the period of peace and artistic progress in Europe. The arts and fashion merged with science to bring forth new innovations that would foster the spirit of joie de vivre (joy of life) in urban lives. In 1858, Louis Vuitton’s invention of flat roof rectangular trunks gained popularity as they were easy to carry while on a journey. Soon, the founder’s name became the brand itself. Georges Vuitton, after his father’s death, took the company globally by securing a spot at the 1893 Chicago World Fair. It wooed the American market with its creative quality making a firm establishment on American soil. Later in the 1970s and 80s, the brand truly became global with a total of 125 stores generating 600 million euros by 1989. It turned into a fashion conglomerate by acquiring Moët and Hennessy, now together known as LVMH. In 1992, it became the first luxury brand to have the stomach to open its store in China which was on its way to becoming the largest economy in the world. It almost immediately became one of the largest markets for LV. Entering the 21st Century it diversified itself into the production of ready-to-wear clothes, shoes, jewelry, perfumes, and cosmetics to gain more global recognition.

According to the official LV website, it manages a bulk of 18,000 intellectual property rights with the support of 250 agents around the world. Their protection is a heavy-duty task and the company protects it with all its vigor. It is the reason why Louis Vuitton keeps tight control over the distribution system of its products. The purpose is to maintain authenticity, quality of service and to prevent counterfeits from diluting its goodwill. It uses three kinds of distribution channels: –

Louis Vuitton products are sold exclusively through Louis Vuitton stores and its official website. The company does not license others to sell its products. In fact, it has been the most critical amongst all the brands against the use of middlemen, licenses, and franchises in the luxury industry. Therefore, it has limited channels of exclusive distribution. It believes that it is cardinal for any luxury brand to maintain a direct reach to the customer so that its intellectual property remains protected. Besides, the reason why the brand goes for such an exclusive distribution system is that it wants to provide its customers with a luxurious and warm environment at its personalized store. This helps in creating customer loyalty and establishes a direct reach to them, for instance reaching out to them on special occasions, birthdays, anniversaries, etc. It also helps avoid intermediary costs and maximize profits. Moreover, it has opened its stores in the most prestigious locations to attract the rich. Its employees are highly qualified to provide personal service to its customers which leads to efficient and friendly relations.

Its online platform displays the same interactive quality as its stores do. The online service has turned out to be extremely profitable for Louis Vuitton in the pandemic with the stores closed since then. But here also, the brand keeps a close check against any attempts for purchase with the objective of resale. It does not allow the purchase of more than 12 leather goods in a year by a person. In April this year, LVMH struck a deal with Prada and Cartier to develop the world’s first global luxury blockchain – Aura Blockchain Consortium. This is a step to better inform customers about the authenticity of the product. This technology matches a product ID to a client ID, providing the infrastructure – through a chain of secure, non-reproducible, digital blocks – to enable consumers to access the history of a product and proof of its authenticity at every step of the value chain, from raw materials to point of sale, and even more. It thus allows the customers to follow the entire lifecycle of the product they have bought. It would strengthen the relationship of trust between the client and the brand.

Louis Vuitton has a strong presence on social media with more than 24 million followers on Facebook, 8 million on Twitter, and 44 million on Instagram. These are important platforms to showcase its products and turn many of its followers into customers. Louis Vuitton offers no discount on its products but it does attract clients by flaunting new exclusive collections, celebrities’ endorsements, and limited time for purchase. This is its drop model. It releases a limited number of items for a short span of time so that people have to rush to the stores and are ready to pay a hefty price for their favorite piece.

Louis Vuitton ventures into selective retail in the sphere of cosmetics and fragrances. Its beauty products are available in Sephora stores which is another brand owned by LVMH. This gives a safe space for LV to enter into selective retail otherwise it does not license any third party to sell its products. Sephora has more than 20 stores in India itself. Last year, Louis Vuitton filed a suit in Delhi High Court against Chinese retailer Club Factory to restrain it from selling products bearing LV logo and trademark (Louis Vuitton Malletier vs Futuretimes Technology India Pvt Ltd).

Louis Vuitton has a legacy of groundbreaking innovation in the art of traveling, so much so that many of its followers consider the brand synonymous with luxury travel. Travel retail is a way through which the brands can sell their products through their stores in and around travel spots like airports. In this venture, Louis Vuitton has partnered with a Hong Kong company Duty-Free Stores. The businesses and governments of several countries offer big-size facilities to Louis Vuitton to convince it to open its store in their airport. It has some countable stores in travel retail throughout the world which attract high traffic of travelers and fashion enthusiasts: –

Louis Vuitton has 460 stores in 65 countries, supported by a strong distribution network that makes sure that its products are available easily to a large number of customers in a timely manner. As a unique feature of the brand, it observes eleven principles for distribution which are listed below:

Though Louis Vuitton is known for its heritage of innovation and quality, when it comes to its distribution system, its special customer service is what makes the brand unique. Its salespersons are its ambassadors in stores. They know the history of the brand, its conventions, and the products inside out. They know how to build customer’s trust and rapport in the brand through their warm welcome, their ability to understand customers’ expectations, and the pertinence of their advice. They remain in touch with regular customers and apprise them of new collections. These customers are given preference in access to the new exclusive collections. The brand also makes special gifts to its very important customers (VICs) on special occasions every year. These gestures make the customers loyal to the brand.

Louis Vuitton uses the method of experiential retail. It’s every boutique is a masterpiece of art and creativity designed by renowned designers around the world. They are customized to reflect the ethos of the place they are located in. It spans from the architectural design of the store to the paintings on the wall, the art sculptures in the corners to the perfect lighting over the products. The brand also employs a bunch of visual merchandisers who define the visual identity of the store from product displays to window presentations. Its customers are lured into its unique way of displaying the art in all its might. The consumers are brought into the brand in its entirety – the heritage, the creativity, the innovation, the experience, and the sophistication of service.

Louis Vuitton’s intellectual property is its most valuable asset. It has more than 150 patents worldwide. It spends about US$ 18 million annually on the protection of its brand. In 2019, Entrupy, an authentication technology company reported Louis Vuitton as the most counterfeited luxury brand in the world. The reason is simple. The brand’s classic style has virtually been the same in the last 160 years giving the black-marketeers enough time to make near-perfect imitations of LV products. There has been a recent history of counterfeit LV products selling online on Amazon, Alibaba, Costco, etc. In 2017, Louis Vuitton initiated more than 38,000 anti-counterfeiting procedures worldwide (including criminal, civil and customs procedures), resulting in the break-up of criminal networks. Its Intellectual Property Department registers domain names, fights cybersquatting, and tracks counterfeiting online and has brought more than 6000 litigious websites to be shut down in 2017 and more than 120,000 auctions to be terminated.

Louis Vuitton in its more than 160 years of history has remained the king of fashion. The credit goes to the craftsmanship of its designers, its savoir-faire, and its active protection of its intellectual property. Its strict control over its distribution channels is significant for its survival in the market as with the evolving technology, it is becoming easier to make counterfeits. But it should not move beyond that purpose otherwise it would be harming the freedom of expression of other artists and manufacturers. The recent instance of its filing an infringement suit against a 26-year-old student artist for selling posters and t-shirts of a Darfur genocide victim, holding a designer bag inspired by a Louis Vuitton design shows its blindness to the difference of purpose. The purpose of such t-shirts was to sell them for charity to raise awareness about the Darfur genocide and still the brand demanded heavy damages for the use of its trademark. No doubt, the brand is being over-protective of its intellectual property. In fact, the courts have, in many recent cases, ruled against the fashion giant’s stance on IP infringement. For instance, in Louis Vuitton Malletier S.A. v. Haute Diggity Dog, where the court held in favor of Diggity Dog for using a resembling name (Chewy Vuitton) to the luxury brand for its inexpensive plush dog toys. The brand needs to hold its horses from going after each and everyone who makes legitimate use of its intellectual property. It needs to remove the blindfold of its legacy and see the end of the use before taking any action.