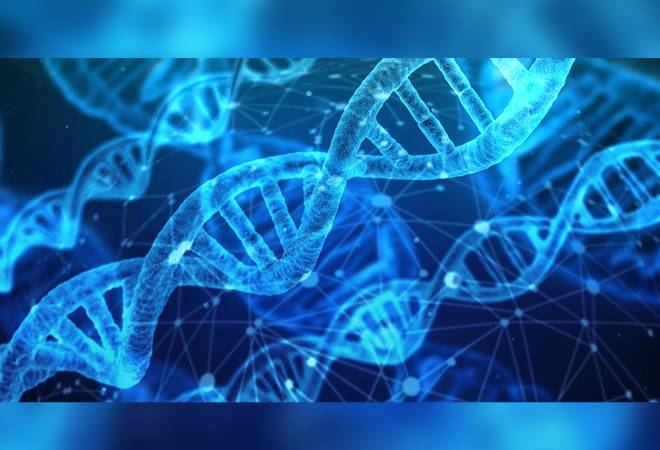 DNA which stands for “deoxyribonucleic acid,” appears like a twisted rope ladder or double helix. It is essentially made up of amino acids which are the key to determining the genetic blueprint. An average human being contains approximately 250 gm of DNA. If we want to do the fingerprint analysis only micrograms of DNA will be required. DNA can be extracted from various sources such as hair, blood, cigarette butts, sperm, etc. It is relatively easy to know the genetic relationship between the individuals from the DNA test.

DNA is a very powerful tool for investigation because no two people can have the same DNA except in the case of identical twins. That’s why DNA tests are used in the criminal investigation by the police officers where they find the suspect by matching the DNA samples of the crime scene with the suspected person’s DNA. It is also a very powerful tool in civil cases where the court has to decide the matter relating to the maintenance and find the parents of the child.

There is no specific legal legislation present in India which can provide specific guidelines to the investigating agencies or the court for dealing with such kinds of things. Due to this lacuna, the difficulty is faced by the investigating officer for collecting the evidence and proving the accused guilty. In India, courts deal with scientific evidence under Section 45 of the Indian Evidence Act, 1872.

Section 53 of the Code of Criminal Procedure,1973

This section authorized a police officer for getting the assistance of a medical practitioner in good faith for the purpose of the investigation but does not enable to collect blood semen etc. for bringing the charges against a person.

The Amendment Act 2005 bought two new sections which authorize two new sections in the CrPC which authorizes the investigating officer to collect the DNA samples from the accused as well as the victim but the admissibility of such kind of evidence is still in a deadlock situation. Courts are also reluctant to use the DNA test technique because there are serious questions raised regarding the right of privacy which comes under Article 21 of the Constitution and the right against self-incrimination which comes under Article 20(3) of the Constitution.

The issue which comes with the DNA test is that it may affect the right of privacy of the person and degrade his/her dignity. In the case of Selvi V. State of Karnataka court ruled out that it is mandatory to take consent before conducting forensic techniques like narco analysis. It is important for the court to maintain a proper balance between the dignity of the individual and doing justice.DNA tests should not be ordered by the court in every matter. The court should be vigilant while handling such evidence because it may directly affect the privacy of the individual.

Highlights of the DNA Technology (Use and application) Bill

There are certain penalties for doing certain acts which are as following:

Prevailing laws in other countries

Approximately more than 60 countries have made legal provisions till now for use of DNA technology to investigate criminal cases which include the USA, China, Britain, Canada, Argentina.

In the UK, the Criminal Justice and Public Order Act is there through which the National DNA Database (NDNAD) is made. The Act contains a provision that authorizes to record DNA of a person regarding certain offences.

In the USA, DNA data is called Combined DNA index system (CODIS) which was developed by the Federal Bureau of investigation. In the famous case Maryland v. King the court ruled in favour of collecting the DNA samples and can be used as evidence in the court of law that will not be a violation of the privacy of the person.

99.9% of our DNA is the same as every other person in the world and it’s only 0.01%, which makes us unique individuals and DNA profiling is done on this 0.01%. Although the variation present in the 0.01% of the DNA is one in a billion, this becomes complicated when there are some mixtures involved in the DNA sample. DNA testing expert Peter Gill has stated: If you show ten colleagues a mixture, you will probably end up with 10 different answers. This raises the concern about the DNA result in case there is a mixture present in the sample and where an innocent person can be convicted for a crime that is never committed by that person.

The first case which came before the court was related to the paternity dispute. In this particular case, a girl named Vilasini filed a case against her lover named Kunhirama for the maintenance of her child Manoj. She stated that the child was born due to the illicit relationship between the two of them. The husband denied the allegation and denied taking the paternity of her son. The Chief Judicial Magistrate ordered both of them to undergo a DNA test with their son. After the DNA report came it was proved that he (kunhirama) was the father of the child. CJM, according to section 45 of the Evidence Act, took it as evidence admissible. This order was later upheld by the Kerala High court by stating that the DNA test itself could decide paternity.

DNA tests play an important role while deciding the case where the case involved the paternity issue. This has been discussed in case Gautam Kundu v. Bengal and stated that no one can be compelled to give the blood sample for the DNA analysis and also stated that there must be a strong prima facie case that that husband must establish non -access in order to dispel the presumption arising under section 112 of the Evidence Act.

In this case, the court states that the court uses such power if the applicant has an extreme prima facie case and there sufficient evidence is present before the court. If the court order and respondent refuses to do then the court can take action which they think is appropriate.

In this case, the court stated that DNA is an extremely delicate and very sensitive topic. Modern technology has given the option to ascertain the paternity of the children and there should be not any hesitation whenever the occasion required. The Apex court also stated that the court must be cautious while using such kinds of scientific tools that can invade the right to privacy of the person. It is not only going to be prejudicial to the right of the parties but also going to affect the child. Sometimes such a scientific test bastardized the innocent child even though his mother and the spouse were living together at the time of the conception. A DNA test can not be directed by the court in every matter relating to paternity but should be directed when extremely needed.

In this case, Rohit Shekhar had claimed to be the biological son whereas ND Tiwari denied such allegation and denied undergoing the DNA test stated there would be a violation of his right to privacy and it will cause humiliation a lot in public due to his reputation. However, the supreme court ruled against this point and stated that a DNA test has to be done but the result can be given in the sealed cover envelope and not going to be published to the general public.

DNA identification has increased the pace of deciding the matter by the court. It also helps a lot to the investigating police officer to find the suspect easily by matching the DNA samples. Still, there is a lot of concern relating to the privacy of the person which is raised by the different courts. There are certain major loopholes also present in the bill such as consent is not mandatory in civil cases which raises a big question. If there is no dignity and privacy in personal life then it will be very problematic.