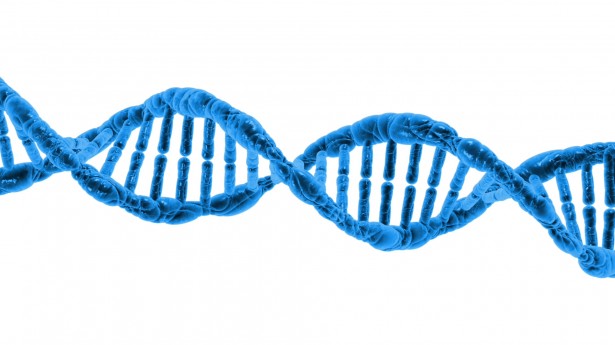 The object of this paper is to analyse the DNA Technology (use and application) Regulation Bill-2019 by analyzing the current position of law in regard to use of DNA. This paper also analyze the question that what is a DNA and how is it relevant in current legal system. Further, the paper analyze the existing legal provision which are mentioned in other statutes and finally the paper discuss the provisions of the bill,  how it is beneficial for the society and how it will harm the rights of the people.

The DNA (Deoxyribonucleic Acid) is a complex molecule which contains all the information necessary to build and maintain an organism. The DNA isn’t present in red corpuscles of blood, its presence can be traced in white corpuscles of blood and all the living things have DNA. It appears like a twisted rope ladder or in the double helix structure.  DNA can be extracted from saliva, hair, blood, bones, semen and from other organs of the body. Its structure varies from personality to personality and each and every living individual have a unique DNA.

The DNA of every person is unique in itself, and variation in the sequence of DNA can be used to match individuals and identify them[1]. In a current technological world this technique (DNA Technique) helps the identification of criminals on the scientific lines. The DNA techniques is basically made up of amino acids and it is matched with the bases which provide the key to determine the genetic blueprints of a living being.

In the year 1985, first time the DNA evidence accepted by the Indian courts. But, it was not till January 2019 that a bill on the issue of DNA was first time introduced in parliament. The idea to draft a DNA bill regulating the use of DNA samples for crime related reasons was advanced by the Department of Biotechnology in 2003[2]. The department of biotechnology established a DNA profiling advisory committee to make recommendations for the drafting of the profiling bill 2006 and from 2003 to 2007, after four years of effort which eventually became the Human DNA Profiling Bill, 2007.

In the year 2007, the draft Human DNA profiling bill was made public. But, it was never introduced in the Parliament and in January 2013, the government through the Department of Biotechnology created an expert committee to deliberate on concerns raised about the bill and to examine the 2012 draft by finalizing the text.

After finishing it up in late-2014 they have circulated the draft within the Ministry of Science and Tech. for their comments and in 2015, the government planned to present the bill in the monsoon session of parliament but it wasn’t presented due to too much criticism over privacy and data security issues.

Later, in 2016 the bill was listed for introduction, consideration and passing. And in 2018 the Law commission of India report in its 271st report prepared the draft bill named the DNA based technology bill 2017. Which was presented in parliament in 2019.

In the legal arena DNA analysis has become one of a common form of evidence in a criminal trials and so many countries have specific laws over it. It is not only restricted to criminal cases, it is also used in civil cases (e.g. for determination of paternity of identity). Although, till now there is no specific legislation which can provide specific guidelines about the need and use DNA in investigation. Moreover, there is no specific legislation/provision under Code of Criminal Procedure, 1973 and Indian evidence Act, 1972 to manage forensic science, technology and science issues under a criminal trial.

Under article 51A (h) and (j) of The constitution of India it is provided that “it shall be the duty of every citizen of India- to develop the scientific temper, humanism and the spirit of inquiry and to strive towards excellence in all sphere of individual and collective activity so that the nation constantly rises to higher levels of endeavor and achievement”

Though the explanation to Section 53, 53A and 54[4] of the CrPC, 1973 was amended in the 2005 to clarify the scope of medical examination of the accused, particukarky with regard to the extraction of bodily substances, and specifically to use of DNA profile technique. In the case of Krishna Kumar Malik vs State of Haryana[5] the Supreme Court said that after the incorporation of Section 53(A) in the Criminal Procedure Code, w.e.f. 23.06.2006, brought to our notice by learned council for the respondent-state, it has become necessary for the prosecution to go in for DNA test in this kind of cases, facilitating the prosecution to prove its case against the accused. Before 2006 even without the aforesaid specific provision in the Cr.P.C. prosecution could have still resorted to the present procedure of obtaining the DNA test or analysis and matching of semen/bodily fluid of the appellant with that found on the undergarments of prosecutrix to make it a fool proof case.

Indian Evidence Act also provide certain provisions such as Section 112[6] (birth during marriage, conclusive proof of legitimacy) which determine child’s parentage and states that a child born in a valid marriage between a mother and a man within 280 days of the dissolution of the marriage, and the mother remaining unmarried shows that child belongs to the man, unless proved otherwise but again there is no specific provision which would cover modern scientific techniques. DNA analysis is proved very important in determining the paternity of a child in the cases of civil dispute. Need of this evidence is most significant in the criminal cases, civil cases, and in the maintenance proceeding in the criminal courts under section 125[7] of CrPC.

In the Indian legal arena, the legal position of forensic technique has to pass through a three-fold litmus test viz.

The DNA technology Regulation Bill 2019, which is also known as the DNA profiling bill has been formulated recognizing the need for regulation of use and application of deoxyribonucleic acid technology for the use of DNA technology to establish the identity of an individual. According to government it will be a game changer in the criminal cases or the cases which is related or rely on the scientific evidence for speedy trial.

The DNA technology bill aims to establishing identity of missing person, offenders, victims, person who are under trial and unknown deceased person. The main purpose of this particular DNA technology bill is to expand the application of DNA- based forensic technologies to support and strengthen the justice delivery system of the country. The bill is also expected to fast-track criminal cases where DNA evidence could be prove conclusive[8]. Except criminal cases the bill also allows the use of technology to establish the identity of persons in the matters of parentage dispute, immigration and transplantation of human organs[9].

Provisions of the bill

The regulatory board will comprise-

Further, it is also necessary for every DNA laboratory to follow standards for the quality assurance in collection, storing, and analysis of samples of DNA.

Arguments in favour of the bill

Arguments against the bill

Since the storage of DNA profiles for civil matters in the Data Banks may not serve the public purpose, it may violate the fundamental right to privacy.

The DNA technology (use and application) regulation bill-2019 can be an evolutionary legislation in the Indian legal system because as the government said, it well fast-track criminal cases where DNA evidence could be prove conclusive.  In the cases of rape and other criminal offences where there is only DNA evidences are present it will provide too much assistance for fetching the justice. There are so many countries in the world which are using the DNA technology for tracking criminal offence and the criminal in which Europe is on the top in applying the DNA technology in the very successful manner.

Though, the bill is clear on some extent but it is not clear on the issue of privacy and consent which is the fundamental right of a person and which can’t be terminated.

[16] Clause 45, chapter-VIII, The DNA Technology (use and application) Regulation Bill-2019