This article is written by Rajat Chawda, Institute of Law, Nirma University. In this article, he has tried to explain the inequitable conduct doctrine and how does it render a patent unenforceable.

In such a case, what would happen if the defendant claims that your patent should be considered as unenforceable because of the lack of good faith and candour by you while filing the patent application? The doctrine of inequitable conduct deals with such a scenario only. Through this article, the reader will come to know about this doctrine, what are the policy implications of this doctrine, and what are its elements.

Its relevance will also be ascertained in the Indian jurisprudence of Intellectual Property Rights, ending with factual scenarios to consider whether they will amount to inequitable conduct or not.

What is the Doctrine of Inequitable Conduct?

This doctrine is mentioned in the United States as the duty of candour as detailed in 37 CFR §1.56 (commonly referred to as Rule 56) which obligates the inventor and any other individual involved in the filing and prosecution of a patent application with a duty to disclose to the US Patent and Trademark Office (PTO) all information known to that individual to be material to the patent application in the form of an Information Disclosure Statement (IDS).

Good-faith and Candour are two major elements on which this entire principle is based. It is important to understand why so much importance is being given to these elements. When a patent application is filed, the court extensively relies on the submission made by the applicant. The court in such a scenario is left with no choice but to believe the submissions made by the applicant to be true, up to the mark and an honest submission. The general idea is that there should be a direct relationship between the patent applicant and the patent office. Patent prosecution is an ex-parte process, meaning there is not an adversary to check or verify that the submissions are correct & complete. Inequitable conduct type behaviour can include misrepresentation, failure to disclose something or submission of false information.

Remember that unenforceability is different from invalidity. Unenforceability, in some ways, is more significant because it cancels all the claims in the patent. It doesn’t declare a patent as invalid, but it’s considered essentially & functionally the same because a person cannot sue anyone on the patent & you cannot enforce the patent.

In the case of Therasense, the Federal Circuit refers to the inequitable conduct as the “atomic bomb” of the patent law. Why did the Circuit state that? What were the underlying effects which this doctrine holds? Whether this doctrine eases the work of the court or not? What effect does this doctrine have on a patent applicant? These are some of the questions which need to be addressed.

Inequitable conduct is a very powerful remedy, if available. If you hold a patent unenforceable, it will cancel all the claims, not formally in the sense that they are invalid, but they are going to be unenforceable, unavailable to the patentee. For enforcement purposes, this is well beyond invalidity, which could be applied only to some particular claims. Like, if you litigate and claim or sue somebody based on a single claim. In invalidity, it turns out that if the claim over one of the patents has been declared invalidated, you still have the rest of the claims in your patent.

But in the case of inequitable conduct, it is different. If your patent is held as an unenforceable one, you are barred from enforcing your patent. This defence of inequity is not limited to the defendant in a particular case, but, against anybody. That means this is a powerful doctrine and a one that is very attractive for defendants of patent infringement cases. It is because, not only is it immensely powerful in terms of cancelling out the particular litigation in hand, but there can be cases wherein the court can hold that, the unenforceability of a particular patent can spread to other related patents as well. Therefore, this unenforceability can spread to the family of whole patents as well. You can imagine by now what would be the impact of such an action against the patent holder, what hardships he has to undergo because of such an action..

The most common claim of inequitable conduct surrounds the failure to disclose the relevant information about the prior art available, which might result in non-approvalval of the patent application filed by the applicant. This leads to the patent applicants over-disclosing prior art available just because they cannot be accused later for non-disclosure for the relevant prior art. They provide more information to the court as they consider it to be relevant to their application. This affects the functioning of the court as they are not overburdened with documents which would not be the case if this doctrine was not present.

A patent applicant, to save himself from the future allegations of inequitable conduct tries to disclose every possible prior art to demonstrate good-faith and candour to the court. This results in longer court proceedings. Presentation of irrelevant prior-arts and materials overburden the court. This is one of the main reasons why the courts are reluctant to consider an allegation of inequitable conduct.

What are the Elements of this Doctrine?

After extensively discussing what this doctrine is, it is important to know what its elements are. If a patent infringer needs to use this doctrine as a defence and make the entire patent unenforceable to get away from the liability, he needs to be aware of these elements, to be proved before the court.

The following are the two elements that are attached to this doctrine:

A two-step decision-making process is there through which the court ascertains whether particular conduct of the patent applicant would amount to inequitable conduct or not. The following process is:

How does one prove deceptive intent? What is the standard? There are some of the questions which can be answered by a further understanding of the elements of inequitable conduct.

So far as the materiality aspect is concerned, the information is material if a fair patent examiner finds that the information is relevant in determining whether to require the application to be granted as a patent—sources of material information that include multiple patents, publications or journals, etc. Materiality does not presuppose an intent and is a separate aspect of the determination of inequitable conduct. However, materiality influences the determination of intent, because the more material the omission or misrepresentation is, the lower the level of intent is required to establish inequitable conduct and vice versa.

In the Therasense, Inc v. Becton, Dickinson & Co. Case, it was clarified that the materiality standard is “but for” materiality stating that, “In assessing the materiality of a withheld reference, the court must determine whether the PTO would have allowed the claim if it had been aware of the undisclosed reference.”

The intent element for the determination of inequitable conduct involves proof that the patent applicant had the clear intention of misleading or deceiving the PTO. However, in a case involving non-disclosure of information, clear and compelling evidence must prove that the claimant has made a conscious decision to withhold known material information. The mere demonstration that art or knowledge with a certain degree of materiality has not been revealed is not sufficient to demonstrate inequitable behaviour. These are proved by circumstantial evidence on case to case basis.

Is this doctrine applicable in India?

The Indian Patents Act, 1970, has a similar provision under Section 8, which states that the applicant for an Indian patent application shall provide “detailed descriptions” of patent applications filed outside India (foreign applications) for the same or substantially the same invention. Such “detailed info” would have to be submitted as long as certain foreign applications are filed by the claimant or by any person who derives the title from him or by any person from whom the title is derived.

In this manner, though not expressly, but latently Indian jurisprudence also undertakes this doctrine of inequitable conduct.

The defence of inequitable conduct is a very powerful tool which can be misused by the defendant to save himself from the liability of patent infringement. In such a scenario, the court has to carefully verify the materials submitted before the court and the allegations made, as a wrongful conviction of inequitable conduct will discourage innovation and creation, and the process of claiming patent rights would come intricate. 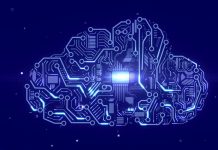 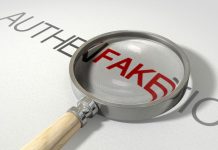 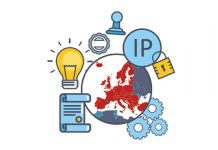