This article is written by M Anulekha from Damodaram Sanjivayya National Law University. In this article, the author discusses the doctrine of renvoi in Private International Law.

Private International Law is a branch of Jurisprudence arising from the diverse laws of various nations that apply when private citizens of different countries interact or transact business with one another. Private International law suggests that a piece of the law is directed between private residents of various nations. Right now, International Law varies from one country to another country, which is the arrangement of rules done by the legislatures of different nations that decide the rights and direct the intercourse of autonomous countries. It comprises standards and rules for managing lawful debates that have an outside component: for instance, a cross-outskirt or non-resident business cases. In England and Wales, the terms ‘private International law’ and ‘strife of laws’ are tradable, and the subject incorporates a decision of law, the Court’s locale and the acknowledgment and implementation of remote decisions. The extent of private international law shifts from nation to nation and every country has its principles.

The Doctrine of Renvoi is one of the significant and fundamental subjects of Private International Law or Conflict of Laws. Again, the Court sees that the issue will be chosen as per the law of another nation, it is when regulation of renvoi assumes its job in taking care of the issue. It’s a method to take care of the cases in which there exists a foreign element.

Meaning of the Renvoi

The Doctrine of Renvoi is the process by which the Court adopts the rules of a foreign jurisdiction with respect to any conflict of laws that arises. The idea behind this doctrine is to prevent forum shopping and the same law is applied to achieve the same outcome regardless of where the case is actually dealt with.

“Renvoi” originates from the French “send back” or “return unopened”. The “Convention of Renvoi” is the procedure by which the Court embraces the principles of an foreign law as for any contention of law that emerges.

Under the watchful eye of a judge resort to the principle of renvoi, there is an answer to the use of internal law in particular. In any case, if there was no space for use of internal law, at that point the judge may apply the best possible kind of renvoi.

Nations, for example, Spain, Italy, and Luxembourg work a “Single Renvoi” framework. For instance, where a deceased benefactor, who was a French national, was an occupant in England yet domiciled in Spain leaving moveable property in Spain, the Court may need to consider which authoritative discussion will apply to manage the property under progression laws.

The testatrix( the person who writes the will) was a British national, who was domiciled in Italy and had written a will leaving the land in Italy and the movables both in Italy and England. Where will was valid in England but not in Italy because she had not left half of her property to her son.

Where the Court had applied the law regarding where the property is situated. The movables in Italy because the testatrix (the person who writes the will) holds the Italian domicile. As a result, the Judge had applied the Italian law with respect to the immovable property situated in Italy. As Italy did not accept the renvoi based issue was decided in accordance with English law.

A Bavarian national died in France, where he had lived since the age of 5. Where under the Bavarian law the collateral relatives were entitled to succeed, but under the french law the property will be passed to the French government but not to the family members.

The French Court held that it would decide the inquiry by applying Bavarian law however the State contended that the Bavarian Courts would apply French law, and the French Courts ought to do otherwise. The case was ruled for the French state, and the reference here was to the Bavarian guidelines of contention.

Countries like Spain, England, and France follow double renvoi. For instance, let’s consider the accompanying case whereby a deceased benefactor, an Irish national, residing in Spain, however, domiciled in Italy, died and left some immovable property in France. France, being the law of the gathering (where the advantages are arranged) will analyze the law of the person who died. Spanish law watches the law of the deceased nationality which is Italy. Italy, as a ward that just works a solitary renvoi framework, won’t acknowledge the Double Renvoi and almost certainly, right now will apply Italian law.

An English woman was domiciled in France for 58 years at the time of her death. According to the principles of English law, she was domiciled in England. Before her death, she made a will, where the will was valid as per the English law, but it was not valid as per the French law because she did not leave 2/3rd of her estate to the children. According to the French law 2/3rd of the property goes to their heirs. Where the France Court did not issue any authorization certificate that she was a French domicile which was necessary for the acquisition of domicile.

Some countries like Denmark, Greece and the US do not accept double renvoi.

In relation to the Doctrine of Renvoi, the regulation attempts to provide that in all EU Member States (other than Ireland, UK, and Denmark), the doctrine is abolished other than in the case of third party States. It also provides for testators to designate the law of their nationality as applying to the whole of their estate. The regulation will only affect deaths on or after 17 August 2015 however an individual may elect the law under their will now to apply after that date.

After we have experienced history, definition, types, and points of interest of renvoi it is critical to remember that it doesn’t make a difference to all cases. As Abla Mayss commented about it: renvoi applies to inquiries of interstate progression and fundamental legitimacy of wills. There is some power such that it applies to marriage and that it ought to apply to cases including title to movable and immovable property. It is a process by which the Court adopts the rules of a foreign jurisdiction for any conflict of law that arises. Renvoi does not, however, discover a spot in the fields of contract or tort. And if there is no renvoi the court will apply the Internal law. 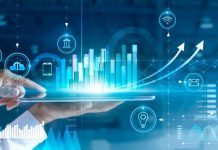 Technology law : a boon or a bane 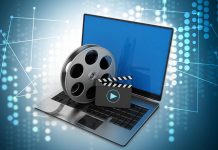 Laws related to war crimes in India and the world