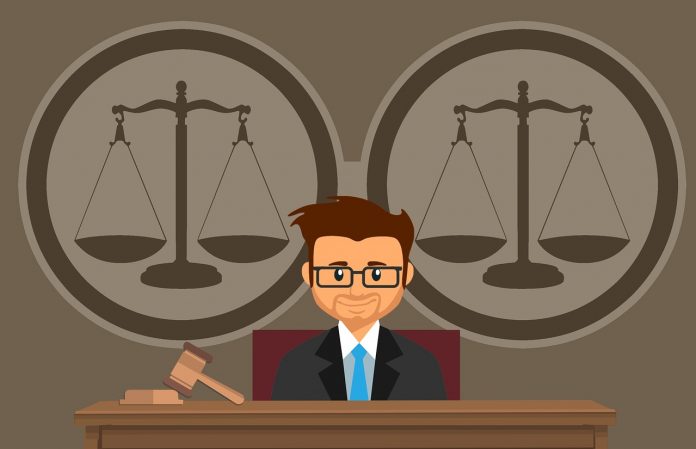 This article has been written by Diva Rai, 1st year student, Symbiosis Law School, Noida. In this article she discusses the evolution of res gestae, scope of Section 6 of the Evidence Act, transaction with it’s working test, relevance of evidence, and the principle of admissibility of declarations accompanying acts

Originally the Romans used Res gestae to mean acts are done or actus. It was described by the English and American writers as facts forming the same transaction. Res gestae are the facts that form a part of the same transaction automatically or naturally. They are the acts that speak for themselves. Due to their association with the main transaction, these facts become relevant in the nature of the fact in question. Circumstantial facts are admitted to be part of res gestae, i.e. it is part of the original evidence of what happened. Statements can also accompany physical events such as gestures. Things said or acts done in course of transaction amounts to res gestae.

Scope and ambit of Section 6 of the Indian Evidence Act, 1872

Facts that are so linked to a fact in question that they form part of the same transaction, although not in question, are relevant, whether they occurred at different times and places at the same time.

The principle embodied in law in Section 6, is usually referred to as the res gestae doctrine. The facts that can be proved as a part of res gestae must be facts other than those in question but must be linked to them. Although hearsay evidence is not admissible, it may be admissible in a court of law when it is res gestae and may be reliable proof. The reason behind this is the spontaneity and immediacy of such a statement that for concoction there is hardly any time. Such a statement must, therefore, be concurrent with the acts that constitute the offense or at least immediately thereafter.

Res gestae contains facts that are part of the same transaction. It is, therefore, appropriate to examine what a transaction is, when it begins and when it ends. If any fact does not connect to the main transaction, it is not a res gestae and therefore inadmissible. Res gestae includes elements that completely fall outside the definition of modern hearsay, such as circumstantial evidence of a state of mind, so-called “verbal acts“, verbal parts of acts, and certain non-verbal behavior.

To know more about the doctrine of Res Gestae in brief, please refer to the video below:

Because excited utterances are closely connected with the event in time and the excitement flows from the event, excited utterances have been considered part of the action and therefore admissible despite the rule of hearsay. The hearsay exceptions were also hired by Res gestae for present-sense impressions, excited utterances, direct evidence of a state of mind, and statements made to doctors.

A transaction, as the term used in this section, is defined as a crime, contract, error, or any other subject of inquiry that may be in question by a single name. It includes both the immediate cause and effect of an act or event and the other necessary antecedents of its occurrence at a reasonable distance of time, pace and cause and effect.

Working test for deciding a Transaction

A good working test of deciding what is a transaction is:

A transaction may be a single incident occurring for a few moments or it may be spread across a variety of acts, statements, etc. All of these constitute incidents that accompany and tend to explain or qualify the fact in question, although not strictly constitute a fact in the matter. All these facts are only relevant when they are connected by time proximity, unity or location proximity, continuity of action and community of purpose or design.

As one and the same part of the transaction, evidence relating to the main subject matter is relevant. Two separate offenses may be so inseparably linked that the proof of one necessarily involves proving the other, and in such a case proving that one cannot be excluded from prosecution, as the other proves.

Proof of other offenses by the accused would be relevant and admissible if a nexus existed between the offense charged and the other offenses or the two acts formed part of the same transaction to fall within Section 6. Simply because it occurred at or about the same time as the Trial offense res gestae, an offense that is completely separate and disconnected is not allowable.

Facts which are, immediately or otherwise, the occasion, cause or effect of relevant facts or facts in question, or which constitute the state of affairs under which they occurred, or which provided an opportunity for their occurrence or transaction, are relevant. Facts forming part of the same transaction are admissible in the previous section. Evidence relating to collateral facts is admissible where such facts occur, where reasonable presumption as to the disputed matter has been established, and where such evidence is reasonably conclusive. The section provides for the admission of several classes of facts related to the transaction under inquiry which are-

Test for Admission of Evidence under Res Gestae

First, the judge must take into consideration the circumstances in which the particular statement was made to satisfy him that the event was as unusual or beginning or fanatical as it was to dominate the victim’s thoughts, so that his statement was an instinctive reaction to that event, thus giving no real opportunity for reasoned reflection.

With regard to the possibility of reporting facts narrated in the statement if only the ordinary error of human recollection is relied on, this goes to the weight to be attached and not to the admissibility of the statement and is therefore a matter for the jury.

Where does the jury stand?

In Ratten’s case, Lord Wilberforce argued that the test should not be uncertain whether making the statement was part of the transaction in some sense. This can often be hard to establish, which is why he emphasized spontaneity as the basis of the test. He said that hearsay evidence may be admitted if the statement providing it is made under conditions of involvement or pressure (always of approximate but not exact contemporaneity) that exclude the possibility of concoction or distortion to the advantage of the manufacturer or the disadvantage of the accused.

The test applied to make the evidence admissible in all the following cases was to consider that the statement was made in the spur of the moment without an opportunity to concoct and do anything. Where the judges are satisfied that the reaction was the most immediate result of the facts concerned being relevant to the circumstances, they have allowed such evidence to be admitted.

Failing to find out whether the information given by the accused father to the deceased’s father who killed his wife and daughter was refused to accept the evidence as relevant under Section 6 either at the time of the crime being committed or immediately thereafter to form part of the same transaction.

Gentela Vijayavardhan Rao And Anr vs State of Andhra Pradesh [2],

Under res gestae, the appreciable interval between the act of carnage and the recording by the magistrate of the statement was found inadmissible.

Bishna vs State of West Bengal [3],

Both witnesses arrived in an unconscious state immediately after the incident and found the dead body of Prankrishna and wounded Nepal. One of them found Prannkrishna’s and Nepal’s mother weeping and heard from an eyewitness that their testimony was admissible under Section 6 of the Evidence Act about the whole incident and the role played by each of the appellants.

Expansion of the Doctrine of Res Gestae

Slowly, courts have extended the scope of this section to cases like domestic violence, child witness, etc. Domestic violence and cases of assault necessarily involve a surprising event, often involving the issue of excited utterances. In these cases, only victims can identify the alleged culprit. Therefore, such testimony of victims must be admitted. Cases of rape usually occur in isolation. There is therefore no eye witness to an event like this. Cases of rape and domestic violence differ from any other crime.

Usually, evidence is brought to res gestae if it can not be brought to any other section of the Indian evidence act. The intention of lawmakers was to avoid injustice where cases are dismissed due to lack of evidence. If any statement under Section 6 is not admissible, it may be admissible in accordance with Section 157 as corroborative evidence.

Court has always believed that this doctrine should never be unlimitedly extended. For this reason, the “continuity of transaction” test was always considered by Indian courts. Any statement made following a long gap that was not a response to the event is not admissible under Section 6 of the Evidence Act. But courts allowed some statement that was spoken after a long gap from the occurrence of the transaction because there was enough evidence that the victim was still under the stress of excitement and so everything that was said was a reaction to the occurrence.

The strength of Section 6 is its vagueness. There is no distinction in this section between the word transaction used. It varies from case to case. Every criminal case on its own merit should be judged. The evidence is admissible under Section 6 if it is proven to be part of the same transaction, but whether it is reliable or not depends on the discretion of the judge.