This article is written by Shivani Nair, from Manipal University Jaipur. This is an exhaustive article which deals with the topic of the need for a law similar to the law passed by Singapore COVID-19 (Temporary Measures) Act, 2020, and why we require such an act to tackle the situation we are currently facing.

The government of Singapore had introduced the COVID-19 (Temporary Measures) Act, 2020, on the 7th of April 2020. The main objective of this act was to provide temporary relief to the parties who were unable to perform their contractual obligations by the reason of this pandemic. Certain other objects were:

These temporary measures were generally intended to come into force for only a period of six months, but considering the spread of the pandemic and the necessity to have a good prevention method against it would mean that this measure could increase for a period of 12 months through a notification in the Official Gazette.

Contracts that have been covered under the Act

The aim of the Act is to cover the contracts which had been entered into or had been renewed before the 25th of March, 2020. The Act also aims to cover the obligations that were supposed to be performed on or after the 1st of February, 2020. The following contracts, also known as “The Scheduled Contracts”, are covered under the Act, amongst the others:

For an interesting reason, this law also aims to bring within this Act, any other country that is in connection with the COVID-19.

The relief provided under the Act

There are several reliefs that the Act provides in the case of scheduled contracts. These are:

In addition to these, the act has provided for the temporary relief of the financially distressed individuals, other businesses, and even firms, by modifying the legislations of various Acts in Singapore.

Mode of Availing such Relief

Any party that seeks relief is asked to send a notification to the counterparty called “Notification of Relief” stating that they are seeking relief due to the fact that they have been unable to perform the contracts on account of the pandemic- COVID-19. When the notification is received by the counterparty, they cannot take any sort of prohibited action against the party that seeks relief. If there is an existing proceeding, it must be put on stay. If any such notification is disputed by the party against whom relief is to be sought, then such a dispute shall be reviewed by an assessor. An assessor shall be appointed by the Minister of Law who will decide the matter and grant the requisite reliefs.

Duration of the Relief Provided  under the Act

The duration has been for a period of 6 months, however, though, the Ministry of Law may decide to provide measures which may be provided for a period of less than 6 months.

There are two parts of these proceedings:

The monetary threshold shall be increased from Singapore $15,000 to $60,000. The time period to satisfy the demand has also increased from 15 days to 6 months.

The monetary threshold has increased from Singapore $10,000 to $1,00,000 from the time period to satisfy the demand has increased from 21 days to 6 months. The directors will also be temporarily relieved from performing any obligations to prevent their companies from trading while they’re insolvent if the debts have been incurred through the ordinary courses. However, they shall be liable criminally if the debts have been incurred through fraudulent means.

The social distancing measures are likely to override any sort of legal requirements which includes meetings. If any of such obligations are complied with since the 27th of March, they shall be deemed to have been compiled for the purpose of meetings in legal obligations. It is also possible that the alternative form of proceedings take place even after the pandemic has been long gone.

Benefits of this Act

The main objective as stated above, and also the biggest benefit of this act was to provide temporary relief to the parties who are unable to perform the contractual obligations. This law does not underlie these obligations, only freezes the rights of enforcement of these contracts for a certain period of time. There is a force majeure clause which shall in most cases prevail over this law if the party chooses to invoke that clause.

As a response to halt the spread of this virus, the government in India had mandated the nationwide lockdown which first came into force on the 24th of March and is still being continued to date. Although, certain states have been allowed to have additional activities in the second phase of this lockdown. The government had through one of its initial notifications recognized the disruption of the supply chains due to the COVID-19 and also the problems and the performance of the contractual obligations. It had been provided that the pandemic COVID-19 shall be considered as a pandemic and the fact that the clause of force majeure which means “unforeseeable circumstances which prevent one from performing the obligations of a legal contract” may be invoked while following the due procedure. The government has also provided for the protection of the businesses and the firms due to the pandemic, through various other notifications via each state and separate ministries.

How India can learn from Singapore

Most of the reliefs that were introduced by the government of India was where one of the parties is a governmental party. In such a kind of contract, the mandate is from the government to the bodies of the government and it has been expected that there shall be compliance.

But, giving these bodies the authority to decide the matter that who is entitled to receive such a benefit or the relief shall come into the view, or whether the party is actually affected or not, can be problematic. It does amount to a unilateral amendment of the contract and the fact that it does, in no way, result in the benefit of the other party, can be termed as a decision or judgment made by a person in his own case which blatantly violates the principle of natural justice.

In this regard, the law of Singapore actually achieves fair and just trial by appointing the accessors and that these assessors are independent of the parties causing no violation of the principles of natural justice.

The bigger problem goes on to be the fact that the other party may need urgent interim relief such as no action for invoking the performance guarantee for the delay.

This will mean that the affected party will now have to proceed to the courts to seek injunctive relief against the invocation. That party will have to convince the court that its performance had been really and materially affected by the pandemic COVID-19.

This is the stage where India can look at the model of Singapore and learn. The law of Singapore stipulates that the aggrieved party must give a notice as stated above, seeking relief to the other party. If the notice has been served and communicated to the other party, the other party cannot take any steps, which have been listed above such as continuing a court proceeding or an arbitration proceeding, along with the others.

If the other party disputes the application given by the first party, then, in such a case, the assessor, who is an independent body, away from the interest of both the parties, will make a fair and just decision and whatever the assessor determines shall be the last word without any scope of appeal. But so, if the notice has been served for seeking the relief, then, in that case, the interim reliefs are in place until such notice is withdrawn or until the assessor determines the given matter stating that the relief is not attracted under that law. Without the benefit of a law like this, at the stage where the interim relief is granted, the courts shall be called upon to adjudicate such matters whether the inability to perform a contractual obligation constitutes a breach or whether the COVID-19 is a defence to the inability of the performance of such a contractual obligation. The burden of proof, in this case, shall always lie upon the party who states that it is the one that requires the relief. It has to prove that the reason for the non-fulfilment of the contract is only by the virtue of a pandemic and nothing else.

In India, this power could be given to the regulatory tribunals to determine whether the inability to perform the contractual obligations for which the relief is being sought by a party, is due to the fact that it has occurred due to the pandemic that has taken place.

This approach will give the protection that is necessary to those parties who require such protection and relief without having to prove its inability.

Due to the global crisis that has arisen because of COVID-19, there are going to several parties that will not be able to fulfil their contractual obligations. It would be interesting to see in India, to take a cue from this model of Singapore, while dealing with such contractual obligations by providing varying protection to the affected parties. 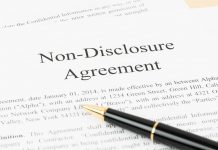 How to draft a non-disclosure agreements