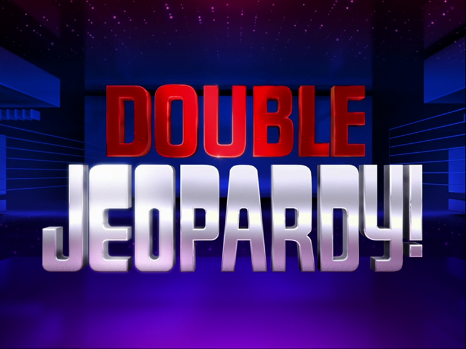 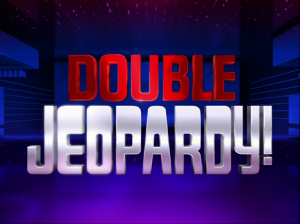 Black’s law dictionary defines Double Jeopardy as: – A second prosecution after a first trial for the same offense.[2] Double Jeopardy follows the principle of Nemo Debet Bis Puniri Pro Uno Delicto which means no man ought to be punished twice for one offense.[3]

Laws in India and standard test followed in USA

Constitution of India guarantees right against double jeopardy under article 20(2) which states:-

(2) No person shall be prosecuted and punished for the same offence more than once.[6]

General Clauses Act, 1897also provides protection against double jeopardy. Though the specific section is not very well drafted but it does maintain that if a person deserve to be prosecuted due to an act or omission under two or more enactment, then the offender should be punished under any of those provisions [but not under both].[7]

About Provision as to offences punishable under two or more enactments

On the same lines section 300 of Code of Criminal Procedure, 1973 (hereinafter referred as Cr.PC) provide protection against double jeopardy. It says:-

Section 300[9]:- Person once convicted or acquitted not to be tried for same offence

(1) A person who has once been tried by a Court of competent jurisdiction for an offence and convicted or acquitted of such offence shall, while such conviction or acquittal remains in force, not be liable to be tried again for the same offence, nor on the same facts for any other offence for which a different charge from the one made against him might have been made under sub-section (1) of section 221, or for which he might have been convicted under sub-section (2) thereof.

Recently Supreme court of India in  Kolla Veera Raghav Rao case[10]has affirmed that Section 300(1) CrPC is wider in its scope than Article 20(2)[11] of the Constitution. While Article 20(2) of the Constitution only says that “no person shall be prosecuted and punished for the same offence more than once”, Section 300(1) Cr.PC states that no one can be tried and convicted for the same offence or even for a different offence but on the same facts.[12]

Double Jeopardy clause under article 20(2) of Indian Constitution is closely similar to 5th amendment[13] of United States [specifically the double Jeopardy clause in it]. Also, the definition and scope of double jeopardy in India is greatly covered and defined under section 300 of Cr.PC, similarly in US, almost a same type of procedure was first evolved as element test[14] in the case of Blockburger v. United States.[15]

InBlockburger, the Court said that “where the same  transaction or act constitutes a abuse of two separate statutory provisions, the test to be applied to establish whether there are two offenses or only one, is whether each provision requires proof of a fact which the other does not.”‘ This test has long been employed both to measure the correctness of successive prosecutions and to address multiple punishment issues by determining presumptive legislative intent, and is now the exclusive test for defining “same offense.” [16]

Using H. L. A. Hart’s theory[17], it can be argued that article 20(2) of Indian constitution is a secondary rule that empowers the primary rule under section 300 of Cr.PC. Article 20(2) enumerates the standard requirement and it allows the creation and it empowers subsequent rule on its descriptive lines. Tough, it is not always necessary that a secondary rule has to be very descriptive in nature, often primary rules are vague and obscure but they set the standard that allows the primary rule to evolve.[18] Having said that, based on Hart’s theory of primary and secondary rules, it is the article 20(2) of constitution of India that allows and empowers Section 300 of Cr.PC.

Double Jeopardy law in India essentially protects a person from multiple punishments or successive prosecution based on same facts of a case where the elements of multiple prosecutions are similar to those for which the accused has already been prosecuted or has been acquitted by the court. Going by the basic principle of law, a new charge cannot be framed against a person under section 300 of Cr.PC based on same facts. It is essentially the duty of police who files the charge sheet to ensure that all the charges are framed against a accused properly, also it is a responsibility of the magistrate to ensure that the charge sheet has been filed without an error.

It creates extra burden on both i.e. accused and the state machinery if the charges are not framed cautiously, as it sometimes leads to the double victimization of an accused and on the other side, it also creates problem for state to prosecute a person as it should be.

The applicability of Article 20 (2) and important case

In Rao Shiv Bahadur singh v. State of V.P.[19]  Supreme court held that what is forbidden under article 20 is only conviction or sentence under an ex post facto law and not the trial thereof. It cannot be reasonably urged that the prohibition of double jeopardy applies only when both the instances [two different things for which accused was charged] therefore arise after the Constitution.[20] Article 20 does not have retrospective effects but the laws passed which have retrospective effect should be confined to article 20. Laws passed even when the constitution was not in existence, does not make the constitutional sovereignty ineffective.

The Supreme Court had made a very important point in respect to article 20(2) of Constitution of India. In this case the Respondent was charged for smuggling foreign goods after Enquiry was held by Customs authorities, smuggled goods were seized and confiscated. Also, Respondent was penalised with penalty.

Appellant then filed a petition against the respondent. Respondents was held guilty by the magistrate and he was given no relief even at the high court. In the revision petition before the Supreme Court under section 403 of Cr.PC, the respondent pleaded defence under article 20(2) of Indian constitution for double jeopardy as he was already had penalised by the customs authorities. One of the main issues before the court was whether that prosecution is barred under Art. 20(2) of the Constitution which says that no person shall be prosecuted and punished for the same offence more than once.

But the court held that it is necessary for an accused person to establish before the court that he had been tried by a “court of competent jurisdiction” for an offence and he was convicted or acquitted of that offence and the said conviction or acquittal is in force.

In this case, the Supreme Court held that the proceeding before the Sea Customs authorities was not a “prosecution” and the order for confiscation was not a “punishment” inflicted by a Court or judicial tribunal within the meaning of Art. 20(2) of the Constitution and hence his subsequent prosecution was not barred.

Recently, in a case of Institute of Chartered Accountants of India v. Vimal kumar Surana[22]the court held that if a person is convicted under a different law, it cannot be said to be a double jeopardy. The defendant was charged under provisions of Chartered accountant act 1949. The court held that merely because he is charged by the provision of said act, it does not give him immunity from prosecution as the element of the offence differs and he can be accused for number of different offences and in different laws including Indian Penal Code.

Though the court did not mentioned about the element test which is also known as Blockburger test[23]. But the honourable court did use the same method to reach to the conclusion. The court said that the test, whether the former offence and the offence now charged have the same ingredients in the sense that the facts constituting the one are sufficient to justify a conviction of the other, not that the facts relied on by the Crown are the same in the two trials. A plea of ‘autrefois acquit'[24] is not proved unless it is shown that the verdict of acquittal of the previous charge necessarily involves an acquittal of the latter.”[25]

As it is very clear from the cases mentioned above that one can take the defence of double jeopardy when one is convicted again for a same crime having same elements of prosecution. If a person who has been prosecuted based on same facts but in an offence having different elements of crime, he would not be able to claim a defence under article 20(2) or section 300 of Cr.PC or Section 26 of General Clauses Act, 1897.

By now, it is certainly clear that the scope of Section 300 in Cr.PC is much wider than article 20(2) of Indian Constitution. But, applying the same principles of Hart’s theory of primary and secondary, it is the constitution in article 20(2) that empowers Section 300 or Cr.PC and section 26 of General Clauses Act.

As mentioned before, the supreme court in Kolla Veera Raghav Rao case has already observed that the scope of section 300 is wider[26]than article 20(2) and it is important to notice that the even though section 300 provides wider definition of double Jeopardy, it does also ensures some protections under Cr.PC. The bare reading of section 300 clarifies that, based on same facts of a case, a separate charge cannot be framed by prosecution. Also, if the elements of a crime is same as that to, for which the accused is being prosecuted, the accused cannot be held guilty or a separate charge cannot be initiated against that person.

On the contrary, it is also important to know that if the elements of an offence are different from which the accused is being charged, then he will not be able to please defence under section 300 of Cr.PC as it clearly lays down the condition that a person can be prosecuted based on same facts, if an offence involve different elements that satisfies different charge under a penal law.

Having said that, it is also important that the matter should be tried by a competent jurisdiction for an offence. And that authority itself should decide about the conviction or acquittal of an accused. As it has been discussed in Assistant Collector of Customs v L. R. Malwani that the proceeding before the Sea Customs authorities was not a “prosecution” and the order for confiscation was not a “punishment” inflicted by a Court or judicial tribunal within the meaning of Art. 20(2) of the Constitution and hence his subsequent prosecution was not barred.

nemo debet bis vexari: No person should be twice sued or prosecuted upon the same set. 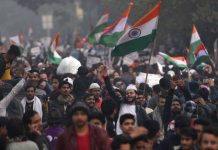 The Right to Protest in times of Pandemic 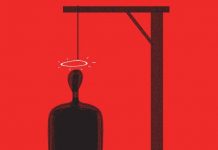 Death penalty: Is it Different Enough?