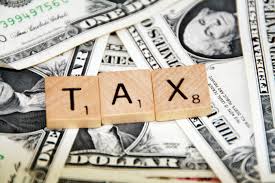 In this blogpost, Rajnandini Mahajan, Student, RGNUL, Punjab writes about what is double taxation agreement, types of DTAA, important clauses and how to apply.

Double taxation refers to the legal regime which mandates levying a tax by two countries on the same financial transaction or income. Double taxation usually occurs when a business or individual of one country indulges in a financial exchange with another country. The value of the income or the item involved in the exchange is taxed both in the country of residence (where the business is incorporated, or the individual is the citizen of) and the source country (the other country which is involved in the transaction). This is a major impediment for the businesses that aim at expanding in different countries. Conversely, it also discourages foreign investments. To overcome this problem of double taxation, countries often enter into Double Taxation Avoidance Agreement with each other. These agreements are usually governed by the principles of Public International Law.

A DTAA is needed because there can be overlapping of the tax laws of different countries. Tax reliefs under DTAA can be granted in the following ways:

In India, relief against Double Taxation is given under Section 90 and 91 of Income Tax Act, 1961. Under Section 90, the government offers tax reliefs through a bilateral agreement with different countries through mutually agreed upon terms. It is done by two methods- by providing a complete exemption from payment overlapping taxes (exemption method) or by giving the taxpayer a concession on his tax payable in India (tax credit method).

Under Comprehensive DTAA, the exemption is granted for all the taxes payable on any income such as wealth tax, gift tax, income tax, etc. India has entered into a Comprehensive Double Taxation Avoidance Agreement with 88 countries including Singapore and Nepal.[1]

Limited DTAA grants exemptions only for certain types of taxes. For example, India’s DTAA with Pakistan is limited to shipping and aircraft profits only. India has limited DTAA with 16 countries such as Afghanistan, Saudi Arabia, etc.[2]

Over the period of time, several models have been developed for DTAA to ensure uniformity and exhaustiveness in tax treaties. OECD Model and UN Model are the most prominent models of DTAA.

Organization for Economic Cooperation and Development (OECD) developed a model for the agreements regarding avoidance of double taxation. It is usually adopted by the developed countries. It lays emphasis on the residence principle .i.e. the right of the country of residence to impose a tax.

By virtue of United Nations Model Double Taxation Convention between Developed and Developing Countries, 1980, a new model agreement for Double Taxation Avoidance was chalked out with mutually agreeable terms between the developing and the developed countries. It gives more advantage to the source country .i.e. the country where the income is generated. Nowadays, countries follow a combination of both the models to suit their needs.

Important Clauses of a DTAA

Usually, a typical DTAA comprises of the following clauses:

The benefits under the DTAA can be availed by NRIs and business institutions. In order to apply for it, following steps are needed to be followed:

In this era of globalisation, DTAA is an effective tool to encourage foreign investment as well as international trade.