In this article, Varsha Balasubramanian pursuing Diploma in Entrepreneurship Administration and Business Laws from NUJS, Kolkata, elaborates on Double Taxation Avoidance Agreements and its impact on your decision to do business in a country.

When two or more sovereigns seek to impose, under their domestic laws, comparable taxes on the same person regarding the same taxable event and for an identical period, what arises is international double taxation. Double taxation occurs because the tax codes of most jurisdictions provide for both residence-based and source-based levy of tax. Typically, this arises when one jurisdiction seeks to tax a person on his worldwide income, based on his residence, and another jurisdiction taxes the person regarding his income sourced in that other jurisdiction. To avoid double taxation, most jurisdictions have entered into bilateral international income tax treaties primarily for the allocation of fiscal jurisdiction as between the treaty partners. These are treaties as defined by the Vienna Convention on the Law of Treaties and are binding on the countries.[1]

As of now, India has DTAA with 84 nations, to establish a strong tax bond with other nations as such agreements work towards promoting trade and investments among contracted nations. Regarding the double taxation issue, Section 90 of the Income Tax Act, 1961 conferred power on the central government to enter into income tax treaties with other countries. According to section 90(2), the taxpayer can either choose the provisions of the Income Tax Act, 1961 or the DTAA whichever is ‘‘more beneficial’’ to the taxpayer.

Though structurally similar, treaties often differ in terms of their exact texts, making some treaties more favorable than others and attracting businesses to take advantage of the most favorable treaty, leading to what is sometimes referred to as treaty shopping.

What is Treaty Shopping

Effective treaty shopping tend to have the following components,

Treaty shopping being valid every businessman’s mentality will be to choose the country that gives maximum tax benefits and exemptions. Hence there are certain pros and cons of treaty shopping.

In Union of India v. Azadi Bachao Andolan, the Supreme Court emphasized that in developing countries treaty shopping was often regarded as a tax incentive to attract scarce foreign capital or technology. Developing countries are keenly looking for foreign investments. Treaty shopping opportunities can be strong incentives to attract such investments. The developing countries may permit the use of treaty shopping, in order to accommodate inflow of capital and technology from developed countries. Such developing economy may consider the tax losses on account of treaty shopping as a small cost as compared to the significant gains it will obtain by way of economic activity and related benefits flowing to the country from such investments. Most often, such source countries keep a “shut eye” policy towards treaty shopping unless and until the revenue losses lead to significant erosion of overall revenues/benefits to the state or such measures are leading to other abuses of the law. Developing economies may bear “Treaty Shopping” as a part of the cost of long-term development; in its consideration, the increased economic activity from treaty shopping could more than offset the country’s tax losses.

Factors that have to be considered while treaty shopping

DTAA of different countries provide for various tax benefits but have some drawbacks like the ones mentioned above which if not noticed will lead to great risk factor and loss for a businessman setting up a business in another country solely relying on the provisions of the DTAA. Hence other legislation should be read hand in hand with the provisions of the DTAA before coming to a decision about which country to invest in. 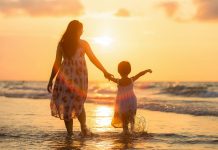 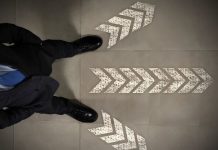 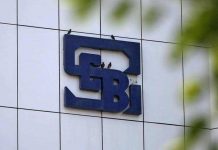