This article is written by Sanjeev Rana, pursuing a Certificate Course in Labour, Employment and Industrial Laws for HR Managers from LawSikho.com. Here he discusses “How to Draft and Issue a Charge Sheet against Government Official”. 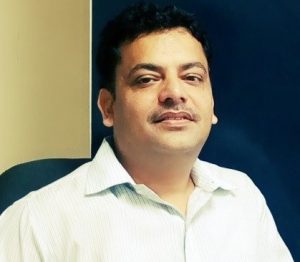 Government Officials are the people on the ground who execute/implement various government policies and schemes. However, there may be cases wherein some official may be found guilty of misconduct. It is imperative that a mechanism exists to investigate cases of misconduct against government officials.

It is also fair to provide systems wherein free and just investigation is done where an alleged wrong-doing has been reported against any official in line with the principle of natural justice.

Article 311 of Constitution of India provides the necessary safeguards, primarily 2 safeguards to the government officials in relation to their tenure of office,

Disciplinary Proceedings are initiated against a government official who is alleged to have committed misconduct.

The procedure to be followed in disciplinary proceedings is provided in Service Rules and Standing Orders of the Government.

The Procedure follows as

(1) Complaint lodged against the Government Officials

The process starts when a complaint is received against a government servant. The complaint may be made by a citizen or within the department of the employee.

The main objective of this inquiry is to determine whether there is a Prima Facie case against the government official. This is essentially a fact-finding exercise to rule out a frivolous or false complaint. The preliminary inquiry is conducted by the officer superior to the government official on the directions of the disciplinary authority(DA). After reviewing the preliminary inquiry Report the DA decides to hold a departmental inquiry or complaint to be dropped. It may not be necessary to hold a preliminary inquiry before initiating Proceedings; however, it is advisable if,

The inquiry should be provided in writing and be factual, should not be judgemental, it basically must point if there appears enough evidence to initiate a full-fledged proceeding or not.

(3) Show Cause Notice to Official

The show-cause notice will clearly convey the official about the misconduct reported against him/her. It is only issued if preliminary inquiry points out that prima facie there is a case of wrongdoing by the official. The Show Cause will convey what is the misconduct reported against the government official and the expectation is to solicit his/her response to the show-cause.

(4) Response against Show Cause Notice

Once the Preliminary Inquiry has held the delinquent official prima facie responsible for misconduct, he/she is required to submit his reply to the show-cause notice within the stipulated period. Failure to respond within time can lead to proceedings being initiated Ex-Parte.

If the reply of the Official is considered unsatisfactory by DA, then the stage is set for a formal investigation. The first step in the regard is the serving of “Charge Sheet” to the official. The charges should be communicated in writing to the delinquent in the form of a charge sheet clearly stating the misconduct reported against him/her. It is a primarily a document containing the allegations of misconduct levelled against the employee concerned.

In a disciplinary proceeding, the charge sheet is very important. It should be framed with great care and skill. A faulty charge-sheet may annul the whole proceedings and make this exercise futile.

Important Guidelines for Filing Charge-Sheet are provided below

(6) Response to the Charge-sheet

The official must submit his written reply to the charge-sheet within the time specified, the time may be extended by the competent authority. Failure to submit his explanation would enable the authority to proceed ex-parte. The authority will not wait for the reply indeterminately.

(7) Scrutiny of Response of Official

The main decisions which will come out of the scrutiny of delinquent’s response will be:

While appointing IO & PO the following needs to be kept in mind,

Following principles of natural justice, the Delinquent Official will be provided with all support to prove his innocence, which may include a Colleague or even a Retired Official.

(10) Attendance and Examination of witnesses

The Department will lead the proceedings with calling of witnesses, the Official will have Rights to cross-examine the witnesses. IO is vested with the power to summon the witnesses.

(11) Findings and Report of the IO

The findings are to be produced so that the DA can with full confidence take a decision against the Govt. Official. The report should contain-

(12) Findings and Issuance of Show Cause Notice to Official

The Penalty to given will depend upon the gravity of the misconduct.

The Rules enumerate the following two kinds of penalties: –

(a) Minor Penalties such as,

(iv) Withholding of increment of pay,

(b) Major Penalties such as

(i) Reduction to a lower designation

(iv) Removal from service and

After above, finally, order for imposing the penalty is passed by the disciplinary authority.

The Final Order should closely align with a judicial order and always contain,

If the government official is not satisfied with the decision of the DA, he can do the following,

The Govt. Official may prefer an appeal to the appellate authority. An appeal shall generally be preferred within a period of 45 days from the date of delivery of the order.

In case he is not satisfied even with an order of the appellate, he can file revision with the revisional authority, as prescribed by service rules.

The procedure for taking disciplinary action against a Government official appears to be a lengthy and detailed one. The fundamental idea is to ensure necessary rules are available to investigate cases of misconduct against officials who may not discharge their duties properly and also if charged with misconduct he is allowed redressal as per Principle of Natural Justice before being penalised.

Using public parks for any other purpose would amount to a breach of trust : analysis of Preeti Singh vs. The State Of Madhya...

Need for a full-fledged complaint mechanism