In this blogpost, Prerna R Saraf, Property Lawyer, Bangalore writes on the draft guidelines on the operation of UAVs in India. The author also writes on the position of such regulation in the United States of America.

Guidelines on operation and use of UAVs in India

UAVs to be used by Karnataka Police

By now, everyone has read about how Karnataka Police Department is the first to own and operate drone fleet. About 20 policemen have been trained and given the exclusive task of operating the drones. It is certainly a major technological development that would make the police’s job a lot easier. The UAVs have already helped the police identify sand mining along the border of Karnataka and Andhra Pradesh due to its night visibility.

The 12 drones acquired cost about 1.5 lakhs each. As UAVs become a part mainstream usage, there are still no regulations on the purchase and use of UAVs by either the Central or the State Governments. There are no clear rules for categorizing, operating or monitoring the drones.

Legal Position of UAVs in India

It was in July 2015 that two employees of Housing.com were detained for flying a drone over Chembur. The drone had a camera attached to it, and they were taking pictures of buildings for the website. They were to take prior permission from the police to take photographs from the drone. In fact, there was a complete ban on flying drones in India since October 2014, but not everyone was aware of it.

People wouldn’t know anything about the drones until they attend a high-class wedding where it has become a fad to have flying camera zoom around in order to have those picture perfect shots. Some drones are available for as low as Rs. 2000. Therefore, Amber Dubey, head of aerospace and defense at global consultancy, KPMG said ‘given its versatility and sizes, there is a risk to privacy and national security.’Hence, ‘there is a need to bring in law that balances safety and the advantages that drones bring.’

The fear and uncertainty over the technology and the lack of drone regulation in India had led to a complete ban on drones so much so that the Government had even started throttling the import of drones in India. Therefore, taking into consideration the necessity of having regulation in place, the Director General of Civil Aviation has issued a set of draft guidelines in May 2016. The Guidelines govern the registration and usage of drones. The full text of the Guidelines can be found here.

Nine Points you need to know about the Guidelines on UAVs

It is to be noted that the Guidelines is still a work in progress. It provides for the following:

In fact, Kochhar&Co’s Aviation expert Piyush Gupta in an interview with Bar & Bench said, ‘the regulatory authority should examine their policies on      collection, use, retention and dissemination of data every three years in order to protect privacy, civil rights, and civil liberties. Also, the agencies that collect such information must incorporate details of how they use the data collected and retained in order to have accountability and transparency of information.’

What the provision lacks is a strict punishment regarding the monetary penalty. While the clause provides that disputes shall be settled in Delhi, it does not    provide anything for the penalty to be imposed in case of any sort of non-compliance.

Drones pose a significant threat to privacy as photos and data that are otherwise private could be collected easily through its use. In order to protect privacy and to ensure unequivocal compliance with provisions, an effective penalty clause is essential.

Hopefully, the end product of the guidelines shall have comprehensive provisions on privacy, data protection, punishment, and penalties for cases of non-compliance. 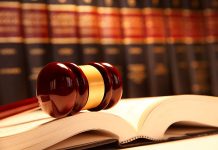 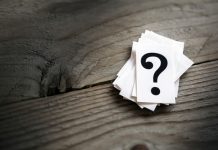