This article has been written by Vybhav S, pursuing the Introductory Course to Legal Writing from LawSikho.

Elon Musk once said, “My motivation for all my companies has been to get involved in something that I thought would have a significant impact on the world.” Similar to Mr. Musk’s thoughts, today we see a lot of companies form and grow contributing towards the development of several countries and emphasizing the concept of globalization. Today we also see the hunger of the companies to grow speedily. This has led to the emergence of the concept of amalgamation of companies for both the growth of the companies as well as the society it belongs to. 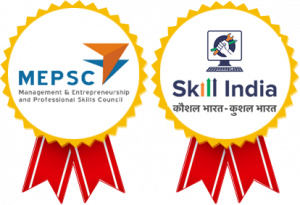 What is the amalgamation of companies?

What is an amalgamation agreement?

An amalgamation agreement is an agreement or a legally binding document between the parties who have agreed to amalgamate their respective companies and the agreement includes :

Why is the amalgamation of companies important?

The amalgamation of companies has a lot of benefits when we look into today’s market conditions wherein the market is continuously growing, developing, and changing at a rapid rate. Some of the important benefits are enlisted below:

Let us take the market leader in the car manufacturing industry in India as an example, Maruti Suzuki.  If the companies existed individually, the customers being critical would depend on Suzuki, being a Japan engine makers people and would opt Suzuki for reliability and efficiency and the other group of people would depend on Maruti for excellence in quality. This made them the perfect pair to come together wherein now they are able to provide quality and reliability to their products jointly and the statistics do speak the same by making them market leaders.

If we talk about Maruti Suzuki (India) Limited, before the amalgamation, Maruti Udyog Limited was facing a lot of financial and labor issues and didn’t have a great demand for its products. On the other hand, Suzuki Motors didn’t have any infrastructure in India and was not sure of the potential market in making cars as it was into motorcycle manufacturing with its joint venture with TVS Motor Company. However, today after the amalgamation of the companies, it has grown to a great extent. As of June 2021, Maruti Suzuki owns 48.66% of the market share making them market leaders. They were able to provide price-efficient and quality products to their customers. Thus, the amalgamation not only boosted the growth of the company but also the standard of quality offered in society.

An amalgamation agreement, printed on a judicial paper or a stamp paper acts as a legally binding document that specifies the terms and conditions of the amalgamation under its various sections and clauses. Many documents such as the Article of Association, Memorandum of Association, etc. are scrutinized to create this agreement that increases the genuineness of this document.

Since it is two or more companies blending to form one company there might be potential chances of disputes and those could turn messy if such a document does not talk about what has to be done in cases of dispute and also specify the number of assets each company has contributed for the formation of the company. Thus, this document acts as a peace maintainer for the companies.

Termination. Notwithstanding the approval of this Agreement by the shareholders of either or both of the Amalgamating Corporations, at any time before the issuance of a Certificate of Amalgamation, this Agreement may be terminated:

(c)by mutual agreements of the parties, without further action on the part of the shareholders.”

Thus, these are the various sections to be included while drafting an amalgamation agreement.

Famous examples of companies that have amalgamated

Some of the companies that have amalgamated are:

Companies today are considered to be an essential element for the development of our society. We need to understand that these companies have understood the necessity to unite to grow where there is the presence of cutthroat competition. An amalgamation agreement helps them in deciding their endeavors, managing their rights and liabilities and assuring adherence to the legal provisions as well as the code of conduct. Thus, the amalgamation of companies today stands as an instrument or process that could take the company to new heights. They can help in improving the infrastructure, managerial abilities, cost efficiency, level of competition, etc., and can result in changing economies and boosting the business environment.

Independent directors under the Companies Act, 2013