This article is written by Abhishek Sood, pursuing a Certificate Course in Arbitration: Strategy, Procedure and Drafting from LawSikho.com.

Smart contracts were first proposed early in the 1990s by computer scientist, lawyer and cryptographer Nick Szabo, who coined the term, using it to refer to “a set of promises, specified in digital form, including protocol within which the parties perform on these promises”. In simple terms smart contract is a computer algorithm which automatically performs the contract thereby, allowing the performance of credible transactions without any third parties. In terms of utility, the smart contracts allow one to exchange property, money, shares or anything of value in a transparent, conflict-free way while avoiding the services of middlemen. A drink vending machine is a good example of a smart contract. Once the money is paid, it is retained by the vending machine and the drink is vended. The key characteristics of the smart contract are as under:

An illustration on working of smart contracts

Smart Contracts are nothing but a contract written using codes which will ensure the automatic performance of the obligations when the agreed conditions are met. Let us say A takes a car on rent from a car rental company. The car rental company keeps a refundable security deposit amounting to INR 10,000/- to be returned to A if the car is returned in the same condition. The car rental company has made an app which contains various codes where the photos of the car are uploaded at the time of pick up and drop. The code is written in a way where instructions are mentioned that if the car photos at the time of pick up and drop match 100% then refund 100% if the match is >95% but less than 100% deduct 5% from the security deposit and so on. Thus, this is one way of working on smart contracts where if the agreed conditions between the parties are met it will automatically initiate the refund without the human assistance.

(i) due to technical difficulties in the smart contract application,

(ii) between the parties of a smart contract (e.g. due to the sale of defective goods),

(iv) subsequent changes to the law or regulation may make the performance of the smart contract illegal, etc.

Arbitration as a dispute resolution mechanism

India and the Smart Contracts

In India, all contracts are governed by the Indian Contract Act, 1872. As per the Indian Contract Act, 1872 if an agreement consists of an offer, acceptance and consideration it would be a valid contract. Though the offer and acceptance could be easily captured in the smart contracts in India. The real problem was with consideration. In smart contracts, the consideration is paid in cryptocurrency. In April 2018 Reserve Bank of India issued a circular to the banks to stop providing support in cryptocurrencies. However, that circular was quashed by the Supreme Court of India in March 2020 and struck down the curb on cryptocurrency trade. Furthermore, the Information Technology Act 2000 holds electronic contracts to be enforceable. Also, the Indian Evidence Act, 1872 Section 65 B states contracts digitally signed shall be admissible in the courts. Therefore, the legal recourse can be provided to the parties to settle the disputes by making further amendments in the IT Act and the Evidence Act in the absence of specific regulations for the time being. However, If the latest reports are to be believed a high-level panel has prepared a draft law providing for a ban on all forms of private cryptocurrencies and has suggested fine up to Rs 25 crore and imprisonment of up to 10 years for anyone dealing in them. With this background, the future of smart contracts seems to be bleak at least in the many years to come.

The role of technology in any field is irrefutable. Therefore, the legal field is no exception as such. The use of artificial intelligence and machine learning in contract management is being appreciated and talked about a lot in the entire industry. The transition from ink signature to digital signatures changed the way the contracts are being administered by the parties. Similarly, smart contracts will change the whole dynamics of conducting the business. Therefore, to support the ever-evolving business dynamics in the era of smart contracts, we need to evolve the various dispute mechanisms in place along with proper regulations and rules. For example, we might need to enact separate legislation to provide legal validity to smart contracts in India like we have in the United States of America (USA) in states of Delaware, Tennessee and Arizona or might have to amend the existing legislatures like Information Technology Act, 2000 to create a place for smart contracts. China has also set up an internet court in Hangzhou to recognize the digital data as evidence if verified through the blockchain. Also, the arbitration institutes need to have a pool of arbitrators who are well versed with the new technologies so that they can adjudicate the disputes arising out of such smart contracts. I would like to draw an analogy out of the words of Bill Gates that “Technology is just a tool. In terms of getting the kids working together and motivating them, the teacher is the most important” therefore, the technology will keep advancing and with such advancement, we will face new kind of disputes and thus having an updated dispute mechanism to support the upcoming technologies is the most important task and I believe that the arbitration as a dispute mechanism can play a big role.

Can sexual harassment happen online and how can it be curbed 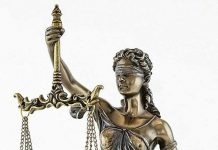