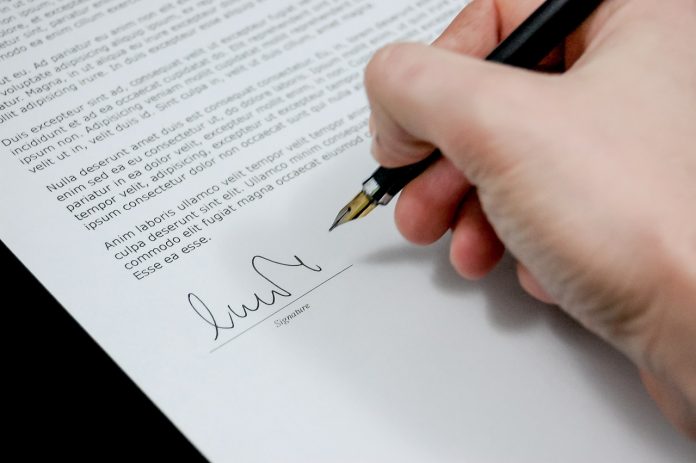 Are you involved in any transaction of investment or raising capital? Are you involved in fundraising for your new start-up? In the book ‘The Art of Startup Fundraising’ the author says, “term sheets can be really scary for new startup founders”. The reason behind this is described as the “fear of the unknown, or of making a mistake that the founders may regret later”. Hence, through this article, an attempt is made to give a holistic view on term sheets which enables the founders or whoever concerned to overcome that “fear of unknown” or of  the fear of “making a mistake”.

“Term sheets”, “memorandum of understanding”, “letter of intent”, are some of the documents with a similar nature, with certain minute differences, which usually outline a deal or a transaction. This is considered as the first step after the process of negotiation of a deal or a transaction, where parties formulate a term sheet before entering into formal agreement. The actions or obligations of the parties in the further process of a transaction are  usually dependent on what has been outlined in a term sheet. Hence, the parties should be aware of various aspects in relation to term sheets to understand how it affects the transaction or interests of the parties’ firm or the company.

The importance of a term sheet can be understood from the fact that it sets out key commercial and legal terms of a proposed transaction. As we know that consensus ad idem is an essential element to enter into a contract, a term sheet facilitates the parties to reach consensus by identifying the major issues and ‘deal breakers’ before committing the time and money of the parties in the extensive process of entering into the contract and carrying out the due diligence.

If we talk about types of term sheets, it is wholly dependent on the type of transaction that has been carried out by the parties. The objective of a transaction dictates the term sheet and the variations in the types of clauses to be included. For example,  A Private Equity or a Venture Capital transaction entered with an objective to gain financial returns. This would  include clauses like; Valuation, Conversion Rights, Proposed Amount of Investment, Affirmative Rights, etc.

On the other hand, though a term sheet is non-binding except for certain clauses agreed, it often becomes difficult to renegotiate the terms of the term sheet as it may reflect the unreliable nature of the party which insists for such renegotiation. Further it becomes more difficult if one of the parties had begun working on such terms internally, which might result in a waste of efforts if renegotiation takes place. Therefore, there is an informal enforceability of a term sheet created in this way, which makes it binding.

Zostel Hospitality Pvt. Ltd. (Zostel) v. Oravel Stays Pvt. Ltd. (Oyo) is a  unique case which illustrates the fact that even though  the non-binding nature of the term sheet is explicitly mentioned, it may become binding subsequently, based on the judicial evaluation of the circumstances of a case.

Brief Facts: In this case the parties executed a term sheet for the purpose of acquisition of assets including Intellectual property rights, software, key employees, etc. The claimants (Zostel) claim that they acted upon the term sheet and fulfilled all the obligations contained therein . They contend to be aggrieved by the acts and omissions of the respondent (Oyo), and breach of terms and conditions of the term sheet, due to which the acquisition process couldn’t be concluded. Hence, one of the main issues raised is as follows:

Issue: Whether the term sheet is non-binding as stated in it or whether it is a binding, valid and enforceable agreement in terms of the acts of the parties as alleged by the claimants?

Held: The Arbitration Tribunal held that the term sheet was binding in their opinion as the claimants took various steps to fulfill the obligations outlined in the annexure of the term sheet.

Analysis: The tribunal observed that the respondent has entertained or shown interest in communication regarding fulfilment of certain obligations. Hence, the term sheet cannot be considered non-binding and meaningless as argued by the respondent. This highlights that one needs to be mindful of one’s conduct in pursuant to the execution of non-binding term sheet, so as to complete the transaction, which can make the term sheet binding.

GAIL (India) Limited v M/s Sravanthi Energy Private Limited is also one of the unique cases where the term sheet entered into between the parties was termed as contingent contract. The appellate tribunal, while deciding on the issue of restrictive trade practices on the part of GAIL (India), analyzed the question that whether the term sheet is binding and Gas Transmission Agreements (GTA) being part of the same transaction never came into effect as the Conditions Precedent stipulated in the GTA were never satisfied. The tribunal held that the “term sheet was a contingent contract subject to condition precedent and was not enforceable”. The reason behind this decision is that the term sheet signed between the parties was subject to condition precedent, and the term sheet got frustrated and never got converted to the intended agreement (Gas Supply Agreement), thus it became contingent due to non-fulfilment of the condition precedent therein. This provides a caveat to all those parties entering into a term sheet to carefully decide the conditions precedents for the purpose of enforcing it.

The main considerations that need to be kept in mind while drafting a term sheet is to decide the nature of obligations that the parties want to create. This can be elaborated in three major types of the nature of obligations that is binding, non-binding, and unilaterally binding of the term sheets. We have discussed binding and non-binding term sheets above which thus indicating that nature is dependent on the clauses we include under it. Unilaterally binding term sheets are not so common compared to a hybrid model of both binding and non-binding. It creates obligations on a party which may try to alter the terms or on a party, usually startups, where the investor does not have the visibility of facts. Overall, the following are some potential clauses of a term sheet:

As emphasized earlier, the enforceability is dependent on the judicial evaluation of the facts and circumstances.m if  there is a dispute regarding the enforceability aspect, between the parties. It is clear from the Oyo-Zostel dispute that the court or an Arbitrator may not solely depend on the clause stating whether the nature of the term sheet is binding or not. It needs to be ascertained whether other clauses, facts, and the obligations are fulfilled in pursuant of the transaction. Hence, it is possible that the non-binding term sheet may be construed as binding by the authorities.

It is of prime importance for entrepreneurs, especially founders of new startups to know the importance and the aspects relating to a term sheet. A term sheet is a document representing the intentions of the parties in relation to a transaction or a deal, which acts as a precursor to the contract that would be entered into by the parties in furtherance of a transaction. Formulating a term sheet is one of the important aspects of a transaction as it allows the parties to frame key legal principles which would allow them to form a definitive and mutually agreeable contract. Usually, the nature of a term sheet is non-binding except for certain exempted aspects by the parties. But it is a misnomer to consider a term sheet as a  non-binding document as sometimes there are partially binding aspects of it. The whole binding, non-binding conundrum may be different than what is expressed by the parties based on the judicial evaluation of the scenario by a court or an arbitrator. The case studies of the Oyo-Zostel dispute and GAIL(India) case illustrated the fate of this conundrum to some extent. Hence, it is important to consider a term sheet from the perspective of drafting and enforceability so as to sustain the interests of the company or the firm of the parties.