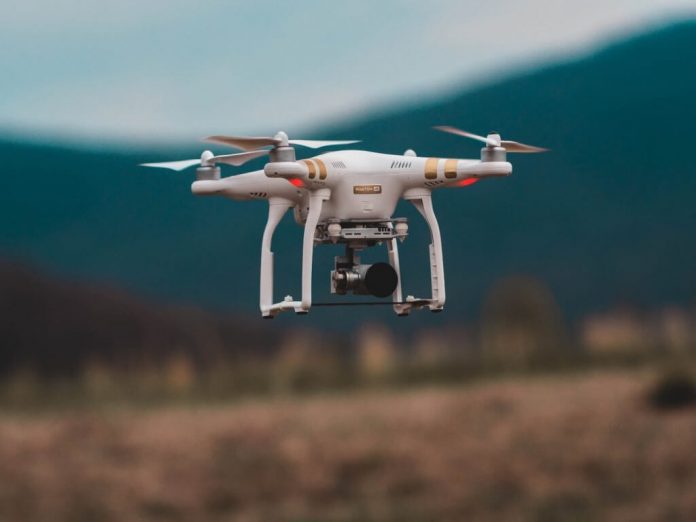 This article is written by Vanya Verma from O.P. Jindal Global University. This article answers whether it is legal to fly drones in India and laws governing drone flying.

Drones, also known as Unmanned Aerial Vehicles (UAVs), are legal to operate in India. On August 26, 2021, India’s Ministry of Civil Aviation (MoCA) issued a new drone policy that formalized a draft regulation released earlier this summer. The government has chosen to remove the UAS Rules, 2021, and replace them with the liberalized Drone Rules, 2021, based on public feedback.

Recently the Civil Aviation Ministry has made huge changes to drone laws in the country. The government has passed Drone (Amendment) Rules, 2022 which states that remote pilot certificate (earlier it was called license) will not be required for flying small to medium size drones of up to 2kg for non-commercial purposes.

Drones are beneficial in a variety of industries, including transportation, agriculture, defense, law enforcement, surveillance, and emergency response, to name a few. Consumer interest has grown in recent years as demand for aerial photography and a wide range of business uses have increased in India’s B2B sector.

One can now operate a drone, but one must adhere to the criteria set forth by the Indian government, the Ministry of Civil Aviation (MoCA), and the DGCA. To fly a drone in India, certain norms and regulations must be adhered to, which will be further discussed in this article.

Before knowing about the permissions required for flying drones one must be aware of the various drone categories segregated by the government. They are:

Except in the nano category and micro category only for non-commercial use, all drone activities must be done only after receiving prior approval from the Digital Sky online platform for a flight or series of flights. The drone operator will also guarantee that the aircraft remains inside the stated area for which permission was granted, as well as provide an online log of each flight. For the nano and micro category the 2022 rules state that for flying and operating tiny drones one does not need a permit. Moreover, the government is carving out drone corridors to facilitate delivery of cargo deliveries.

Certificate to fly a drone

The Central Government may set the standards for getting a certificate of airworthiness for drones based on the Quality Council of India’s suggestion. These guidelines may encourage the adoption of Indian-made technology, designs, components, and drones, as well as India’s regional navigation satellite system, Navigation with Indian Constellation (NavIC).

Research and development entities no longer require a type certificate, a unique identification number, prior permission, or a remote pilot license for drone flying in India. Furthermore, under the new regulations type certification of drones will be completely undertaken by the Quality Council of India and other entities that have received authorisation from Quality Council of India.

Applicants can now apply for drone certification with just a single D-1 form which can be submitted through Digital Sky. Follow these steps:

Rule 12 of the Drone Rules lays down exemptions of drone certification. It says that no certificate of airworthiness shall be required for manufacturing, importing or operating:

A remote pilot license means the permit issued by an authorized remote pilot training organisation to any natural person for operating a particular class or class of drones. However the amended rules substitute the word in the Drone Rules, 2021 with the word certificate.

Previously, the government mandated that only after an individual gets trained from an authorized DGCA-approved drone training institute in India and registers themselves at Remote Pilot to get “Pilot Identification number” and Unmanned Aircraft Operator Permit (UAOP) will they be allowed to fly drones (except the nano models). But the recent rules state that individuals flying nano and micro drones (only for non-commercial purposes) do not require training.

The following natural persons are eligible for a remote pilot license:

Although these are just the basic requirements of flying drones, the pilot also needs to understand the basics of flying like avionics, weather, wind speed, and other mechanics. With the advancement of technology drone flying is becoming more popular in every sector and each sector has specific requirements.

The duration of remote pilot license training depends on the type of drone one wants to operate but most training is short and lasts from five to seven days.

The restrictions of drones flying in India are stated below.

Area to fly a drone

According to the Civil Aviation Ministry, an interactive airspace map would be available on its website, showing the three zones:

Drone operators can use these zones to determine where they can and cannot fly their unmanned aircraft systems.

Green zone is the airspace upto 400 feet that has not been designated as a red or yellow zone; and upto 200 feet above the area located between 8-12 km from the perimeter of an operational airport.

Drones are not permitted to be flown in India in case of the following:

Any data collected during a drone operation is the responsibility of the drone pilot. To securely keep or dispose of such data, one must follow appropriate protocols and have the necessary hardware. Furthermore, you must ensure that any data collected during operations is not shared with any third parties without the consent of the person to whom the data relates.

In India, the cost of obtaining a remote pilot license for drones has considerably decreased to nominal amounts. The cost structure has also been delinked from the drone’s size.

According to the new regulations, all types of drones must be registered for a fee of Rs 100. The drone remote pilot license will now be valid for ten years and can be renewed for another ten years with renewal application.

Drone swarms and indoor operations are only permitted with drones in the Nano and Micro categories. Only approved regions and conditions approved by the DGCA are permitted for swarm operations. Drones in the small, medium and large categories should not be flown in enclosed spaces.

Penalty for non-compliance of the Drone Rules, 2021

After giving a person an opportunity to be heard, if the Director-General or an officer authorized by the Central Government, State Government, or Union Territory Administration is satisfied that a person has contravened or failed to comply with the provisions of these rules, he may levy a penalty not exceeding rupees one lakh in accordance with Section 10A of the Aircraft Act, 1934, for reasons to be recorded in writing.

After giving a person an opportunity to be heard, if the Director-General or an officer authorized by the Central Government, State Government, or Union Territory Administration is satisfied that a person has contravened or failed to comply with the provisions of these rules, he may cancel or suspend any license, certificate, authorisation, or approval granted under these rules.

On 11th February, 2022 the Ministry of Civil Aviation enacted and passed the Drone (Amendment) Rule, 2022. The key amendments to the previous rule are as follows:

One should be careful of the regulations while flying the drone in India, though it is legal but not to mention the possibility of their malfunctioning and inflicting unintended harm to others, as a result, it is critical to govern their ownership and use.

Are Drones a Threat to National Security? Are the Drone Laws in India Strong Enough?

Analysis of the new draft rules on UAS/ drones in India