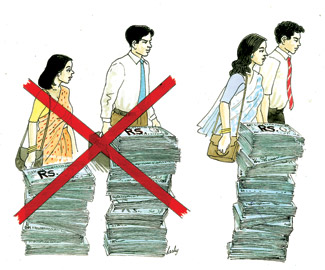 In this blog post, Hari Manasa Mudunuri, a student of  University College Of Law, Osmania University, who is currently pursuing a Diploma in Entrepreneurship Administration and Business Laws from NUJS, Kolkata, discusses the duties of an employer under the Equal Remuneration Act, 1976. 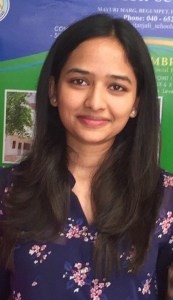 In India, the Vedic period gave equal status to men and women, but this ideology had a tectonic shift over a period. The men have overshadowed the position of women in the society. At the time of Independence, the inequality was apparent, and the constitutional framers had to address this as it chose a democratic republic as a form of governance. Systems have to be put in place for the operation of the democratic forces to ensure equality.  The constitutional provisions and various legislations have been enacted which became a bedrock towards ensuring equal opportunities to men and women. When equal opportunities are put in place, the next line of action needed is equal remuneration for the same work done without reference to the gender. To make this legislation a success, the onus is on the employer for effective implementation.

The employment of women has been increasing gradually over the years. Moreover, the works which were considered gender specific underwent a sea of change. Women were usually seen as less productive than their male counterparts. The general perspective of women was that they weren’t as serious as men in their work as family and home are their main priority. Economic dependency is the major cause for the women to have a weak bargaining power. This usually makes the employer take them for granted, and the wage rate would be unequal.

In the modern times, the women are no longer restricted to minimal jobs or the traditional works. They are employed at par with men and to protect their interests and ensure they get a fair chance, statutory recognition is given through different legislations, enacted both at center and state levels. The Workmen Compensation Act, Payment of Wages Act, Factories Act, Minimum Wages Act, The Equal Remuneration Act, Maternity Benefits Act, ESI Act, etc. are some of the legislations aimed at ensuring equal wages without gender bias. 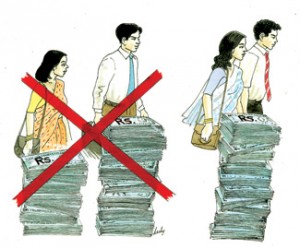 Gender Justice is an important ingredient of every civilized society. It’s no longer the popular mindset that the female is a weaker sex. To imbibe this principle in the society, various steps were taken at the international level:

At the national level, certain legislations were enacted by the British India. But it’s the national leaders, freedom fighters and intellectuals and the democratic movements sweeping the world over brought about positive changes in the position of women and in achieving equality.

The Doctrine of ‘equal pay for equal work’ is not a fundamental right but a Constitutional right. Equal remuneration for men and women is the right of an employee without any qualification. The Act of Equal Remuneration, 1976 was enacted to comply with the provisions of Directive Principle of State Policy (DPDP) under Article 39. The Act, being a beneficial legislation, ensures adequate payment or remuneration to be made irrespective of the physical strength of employee and removing the scope of social and economic injustice merely on the ground of sex, thereby working to establish a just society in the country. 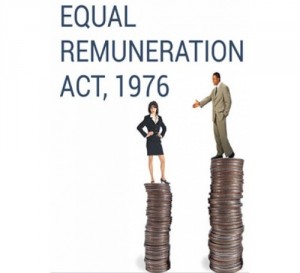 The salient features of the Equal Remuneration Act, 1976

The duties of the employer under the Act 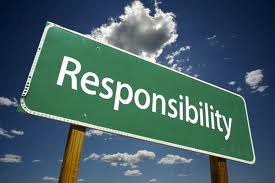 No employer shall pay to any worker, employed by him in an establishment or employment, remuneration, cash or in kind at rates less favorable than those at which he pays remuneration to the workers of the opposite sex for performing the same work or work of a similar nature.

For any recruitment or any condition of service after recruitment like promotions, training or transfer, for the same or similar nature work, the employer will not make any discrimination against women except where the employment of women in such work is prohibited or restricted by or under any law for the time being in force.

Proviso: the provisions of the Act will not affect the priority given or reservation for SC, STs, ex-service men, retrenched employees.

Rule 6 read with Section 8 provides that: The employer has to maintain proper registers and relevant documents of all the employees and workers as prescribed by law in Form D. The Form needs to have: 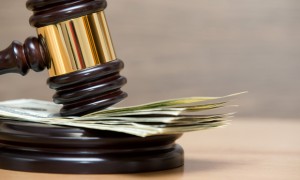 The Indian Courts have played a major role in upholding the doctrine and ensuring proper enforcement of the social legislations for the benefit of the class of people the legislation was enacted for.

Class or category of employee:

Meaning of same work or work of similar nature:

The court observed while determining the term ‘same work or work of similar nature’ under Section 2(h), the following are considered

Relevance of conditions to employment:

Bhagwan Dass & Others v. State of Haryana & Others, 1987
The Court held that when it’s proved that the nature of duties and functions discharged and worked done similar, then the mode of selection and period of appointment is irrelevant and immaterial for the applicability of equal pay for equal work.

The learned Judge held that the “doctrine of equal pay for equal work is recognized as a facet of the equality clause contained in Article 14 of the Constitution.”

A Constitutional Bench affirmed the decision in the case of Randhir Singh, in the given case. The Court held that “having regard to the constitutional mandate of equality and inhibition against discrimination in Articles 14 and 16, in service jurisprudence, the doctrine of “equal pay for equal work” has assumed the status of a fundamental right.”