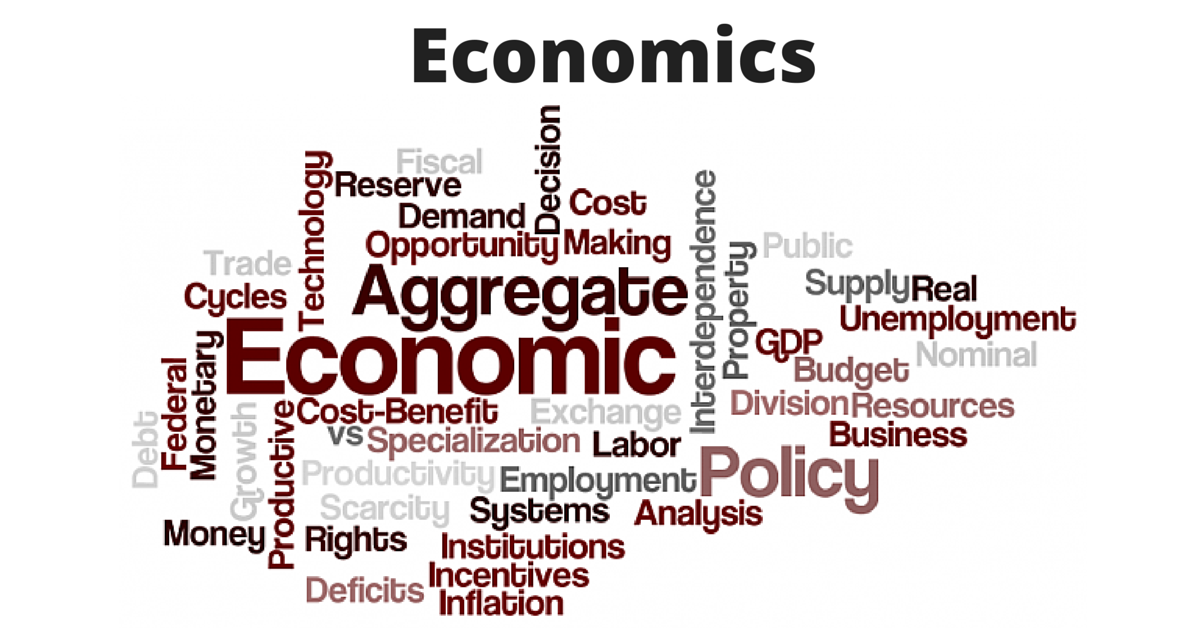 An economist is an expert who will know tomorrow why the things he predicted yesterday didn’t happen today’, Said the eminent educationist, Laurence J Peter.

But hey, why should we listen to an educationist’s opinion on Economists? Fine, let us hear what some real economists have to say about what has been dubbed as the ‘dismal science’.

George Bernard Shaw, who, among other things, founded the London School of Economics said – “If all economists were laid end to end, they would still not reach a conclusion”

Late John Kenneth Galbraith, once a tenured Economics Professor at Harvard said, “The only function of economic forecasting is to make astrology look respectable.”

Fredrich Hayek, a Nobel prize winner in Economics had this to say – “The curious task of economics is to demonstrate to men how little they really know about what they imagine they can design.”

It is way beyond my pay grade to critique any of these towering figures. However, in my teeny weeny humble opinion, there is a human tendency to vastly overestimate the potential to control large adaptive complex systems such as economies.

“In theory, theory and practice are the same. In practice, they are not” – Albert Einstein

Social science seems to diverge from theory to theory owing to its dynamic nature. During the cold war, the University of Chicago was promoting laissez-faire theories, while the University of Moscow taught the exact opposite—but their respective physics departments were in partial agreement.

In fact, economics has been accused of physics envy – Modern economics research papers contain a level of mathematical sophistication you would usually find in Mathematics or Physics Journals.

Greg Mankiw, a Professor of Economics at Harvard makes an argument that macroeconomists are like scientists and engineers. John Aziz, an independent economist laments the ‘Mathematization’ of Economics here. Deirdre McCloskey, a Harvard educated Distinguished Professor of Economics (and many other subjects) at the University of Illinois-Chicago says “Most of what appears in the best journals of economics is unscientific rubbish.

I find this unspeakably sad. All my friends, my dear, dear friends in economics, have been wasting their time….They are vigorous, difficult, demanding activities, like hard chess problems. But they are worthless as science.

The Nobel prize winning physicist Richard Feynman called such activities Cargo Cult Science…By “cargo cult” he meant that they looked like science, had all that hard math and statistics, plenty of long words; but actual science, actual inquiry into the world, was not going on. I am afraid that my science of economics has come to the same point.” In her treatise, The Cult of Statistical Significance : How the standard error costs us jobs, justice and lives, she laments that statistical significance is not the same thing as scientific importance or economic sense. It is a great read for the technically inclined or epistemologically curious.

Quoting Ronald Coase, the Economist at UChicago, “If you torture the data long enough, it will confess to anything.” Recently, there was a massive expose of glaring errors in the work of arguably the best economists in the world, Ken Rogoff and Carmen Reinhart (both Harvard Professors). There are allegations of cherry picking in the form of selectively omitting data, or using questionable methodology to suit vested interests. Both have served at the International Monetary Fund. Reinhart was a chief economist at investment bank Bear Stearns in the 1980s, while Rogoff worked at the Federal Reserve, passing through Yale and MIT before landing at Harvard.

In practical matters, it makes far more sense to trust the judgments and opinions of entities which have their fate tied to the accuracy of their predictions. Howard Marks, an Investor worth 1.5 billion $, dubbed Warren Buffet 2.0, runs an Investment firm called Oaktree Capital. Their results depend on how well they can decipher the global macroeconomy. He believes that Economics is more Art than Science.

David Einhorn, another astute investor worth billions of dollars, believes that mainstream economists misunderstand human nature. Mark Spitznagel, an investor who has worked with Nassim Nicholas Taleb of ‘The Black Swan’ theory fame swears by the Austrian school of thought. In his article he says – “To Mises, “What distinguishes the Austrian School and will lend it immortal fame is precisely the fact that it created a theory of economic action and not of economic equilibrium or non-action.” The Austrian approach to the market process is just that: “The market is a process.”

Moreover, the epistemological and methodological foundations of the Austrians are based on a priori, logic-based postulates about this process. Economics loses its position as a positivist, experimental science, as “economic statistics is a method of economic history, and not a method from which theoretical insight can be won.” Therefore, it is needless to say that economics orthodoxy has quite a few question marks over it.

The root of the problem seems to lie in some of the naïve assumptions behind the mathematical models that economists employ. Assumptions such as human beings behaving like computers, our decisions being rational and unaffected by emotions.

There is a mind boggling amount of mathematics behind the ‘theory’ of how an individual chooses between two goods. I doubt if anybody solves differential equations in their head while making choices. It enables mathematical modeling theorists to move conveniently towards their goals, unencumbered by a whole bunch of assumptions about human behavior. There is a whole body of knowledge built upon this unstable foundation.

An anonymous economist says on a forum, “We make mathematically rigorous predictions starting from a set of assumptions about human behavior (rationality) and price formation (equilibrium or no-arbitrage) in market. Experimentalists repetitively have demonstrated that almost all those assumptions are completely wrong when it comes to real human attitude towards risk and uncertainties.

This is especially true in Finance. Almost all theoretically well-grounded models in finance are disastrously empirical failure. Think about the little empirical success of the CAPM or the Black-Scholes/Merton formula. The models which approximately work in Finance are the pure empirical models with no theoretical foundation.”

Eugene Fama, the inventor of the Achilles’ Heel of Finance Theory, the ‘Efficient Markets Hypothesis’ says about behavioral economics in an interview, “I think that behavioural finance literature is very good at the micro level-individual behavior. But the jumps that are made from the micro level to the macro level- from the individual to the markets-aren’t validated in the data. That’s too flexible in my view; It is not a science”. As I had mentioned earlier, on a macro level, the level of complexity is so high that impractical theories and their use is probably impossible, or worse, harmful for society.

If we are to go by the discussions at EconJobMarketRumors, a forum for economists which is supposedly populated by the best professors and students at Universities such as Harvard, MIT, Princeton and Stanford, Macroeconomics is a lot like religion. We all know religion and science mix like oil and water. I will leave it that.

Economists need to make a living too. If academic publications with unrealistic assumptions advanced their careers at the cost of distancing the discipline from reality and empirical approaches, one can understand. To quote Late John Kenneth Galbraith again, “Economics is extremely useful as a form of employment for economists.”

However, the real danger to society lies in the application of those unrealistic models and theories to practical scenarios, especially when the economists and policymakers do not have to face the negative consequences of their actions. John Maynard Keynes captures this best when he says, “The ideas of economists and political philosophers, both when they are right and when they are wrong are more powerful than is commonly understood. Indeed, the world is ruled by little else. Practical men, who believe themselves to be quite exempt from any intellectual influences, are usually slaves of some defunct economist.” A great case in point would be the collapse of Long Term Capital Management, a hedge fund run by Nobel Laureates, which threatened the financial system and required a taxpayer funded government bailout.

However, all is not doom, gloom and astrology. Hyman Minsky, a Harvard Educated Economist came up with the ‘Financial Instability Hypothesis’ back in the 1950s which describes the evolution of the global economy over the past decade and a half with poetic charm.

The Nobel Prize winning work done by Daniel Kahneman and Amos Tversky called ‘Prospect Theory’ explores economic decision making from a behavioural perspective, accounting for our biases and emotions. More work is being done on these lines, and it is heartening to know.

A tongue in cheek mention of a note I saw outside a Chemistry Lab would be appropriate here.

There is probably no holy grail or utopia in Economics, despite what proponents of the different ‘schools’ of Economics say. It would serve economists well to pay heed to what Bruce Lee said – “Adapt what is useful, reject what is useless, and add what is specifically your own.”

About the author
Anmol Sharma is a graduate (BE – Electronics & Instrumentation Engineering), a post-graduate (MSc – Economics) from the Birla Institute of Technology & Science and holds a Diploma in Mathematics from the London School of Economics & Political Science. Anmol has worked with JP Morgan, the National Council of Applied Economic Research, Carleton University (Canada) and Indian Overseas Bank in a wide variety of research roles.

He currently develops strategies for quantitative hedge funds trading financial instruments. Since Albert Einstein said, “If you cannot explain it to a 5 year old, you do not understand it yourself”, he is trying to hone this particular skill.

In the future, he sees himself as a Researcher, Teacher and Investor/Speculator in the Markets, a promoter of the Socratic method in education and Vipassanna meditation in society.