This article is written by Srishti Sinha, a student at the Institute of Law, Nirma University, Ahmedabad. This article deals with the roles and duties of the Election Commission of India along with the growing loopholes in their responsibilities and duties.

India is a democratic country and what makes it democratic is the conduct of elections regularly. Elections are considered an instrument that supports the democratic principles of any country. As a result, elections are supervised and conducted by the Election Commission of India (ECI), an autonomous and impartial agency that is charged with testing officials’ accountability. The Election Commission of India is an independent, permanent, and self-governing constitutional body whose main task is to hold free and fair elections in India’s Union and States.

The ECI can conduct, supervise, and manage elections to Parliament, State Legislatures, the President of India, and the Vice-president of India, according to the Indian Constitution. The Election Commission of India was established on January 25, 1950, to administer and manage our country’s multi-tiered electoral process. Because it is a constitutional organization, it has particular responsibilities to the country and so as per Article 324 of the Indian Constitution, the ECI is responsible for overseeing the whole process of election to the Indian Parliament and Legislature, as well as the offices of President and Vice-President.

To know more about the analytical study of the Election Commission of India in brief, please refer to the video below:

A look into the rule book perception of the EC

The main aim of the Election Commission is to conduct free and fair elections at regular intervals and for this aim Conduct of Election Rules, 1961 came into the picture which deals with every aspect of elections. Also, it is the responsibility of the Election Commission to follow these rules at every stage of the election. It holds the issuing of notification for conducting an election, the appointment of an election agent, polling agent, providing symbols to the participating parties, filling nominations, withdrawal of candidature, taking polls, and counting votes. Furthermore, these laws categorize the formation of the Houses depending on the outcomes.

The registration of Electoral Rules, 1960

The rules under the Registration of Electoral Rules, 1960, provide guidelines for the election’s electoral roll superintendence and updating, as well as the registering and authentication of elector information. It also includes rules on the preparation of electoral rolls, their updating, and revision. It mandates the registration of registered voters and the issuing of voter identification cards that include a snapshot of the voter. It also contains rules for the incorporation of eligible voters, the removal of disqualified voters, and card corrections.

The Representation of the People Act, 1951

The Representation of the People Act, 1951 is an Act of the Indian Parliament that governs the election of members of Parliament and the Houses of the Legislature of each State, the qualifications and disqualifications for membership of those Houses, as well as the operation of those elections and the resolution of doubts and disputes arising out of or in connection with such elections, as well as unethical acts and other offenses at or in connection with such elections.

There are certain rules mentioned under this act which are as follows:

There are certain offenses about elections mentioned under this act, which are as follows:

EC’s role and responsibility while conducting an election

It is in the interest of free and fair elections that such a code is needed. The code, on the other hand, is not based on any particular legislation. It just has a persuasive influence. It includes what are known as “electoral morality laws.” However, the lack of legal support would not preclude the Commission from implementing it. Under Article 324, it has the authority to impose a drawing force.

Some of the common code of conducts for free and fair elections are: 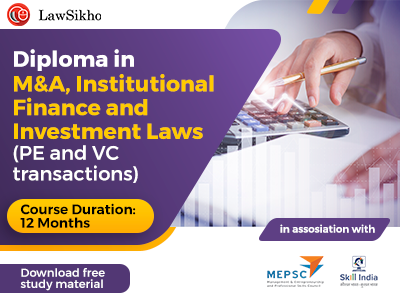 The Election Commission has a responsibility to register each party and allot them their respective party symbols. In 1989, a law governing this registration process was passed, and a large number of parties were registered with the Commission. It lets the regulatory machinery prevent misunderstanding and headaches, as well as the electorate’s confusion. It means that political parties can only participate in democracy if they are registered with the Election Commission.

The Election Commission is responsible for establishing legislative limitations on how much money a political party can expend during a campaign. This restriction would aid in reducing the amount of money shown during the referendum. The EC is also responsible for keeping track of each human account of election spending. For example, the ceiling limits for Lok Sabha seats during the 2004 elections ranged from Rs. 10,00,000 to Rs. 25,00,000. The highest limit for Assembly seats was Rs. 10,00,000, and the lowest limit was Rs. 5,00,000. The EC monitors individual accounts of election spending made by candidates during election campaigns by nominating expenditure observers.

The Election Commission of India makes a time-to-time revised norm to curb the situation of criminalization of politics. The commission has a responsibility to urge all the political parties to submit an affidavit that describes their criminal records and criminal charges and if any candidate is found with criminal records, then that party will not get the election ticket. Also, the criminal records of a politician should be shared with the general public because, in a democratic country, citizens have a right to know what kind of a person is going to rule them. But criminalization of politics is a grave problem in India and it seems that it is not going to end because according to the survey of 2019, India’s major political parties have more than 40% of criminal records against their candidates.

The Election Commission must direct all the candidates to submit an affidavit related to their social background, assets (both movable and immovable), spouses, and qualification, when he or she files nomination papers for election to the Lok Sabha, Rajya Sabha, and State Legislative Assemblies. Also, the EC should direct each candidate to display the copy of nomination papers and affidavits to the general public via electronic media.

Now we know very well the rules related to the conduction of elections and what Model Code of Conduct should be followed in any election. But the question is: Are these rules followed by the political parties? Let us have a look at the reality of Indian Political Parties concerning elections.

Apart from these cases, there are many instances in which political parties are buying people’s votes by giving them gifts like laptops, utensils, cell phones, property, firearms, liquor, and tobacco. Bribing people by giving such things is against the rule of the Election Commission but the political parties doing such activities for a long time.

Solutions to the growing loopholes

Elections in India seek popular participation and aim for high voter turnout, with candidates pledging long-term changes such as improved governance, greater social justice, and poverty alleviation, among other things. However, the corrupt practices of political parties and politicians with criminal records, vote-buying, breaking model code of conduct, and religion-based politics have failed the main objective of elections in a democratic country.

There are various issues in a present political culture like vote-buying, illegal expenditure, giving gifts to buy people, secret bonds, flaws in the criminal justice system, and caste-based politics. These issues create loopholes in the conduction of elections and result in biased decisions. It is high time to take proper measures and find a solution to these growing loopholes in elections.

Some of the measures which can be taken to solve this issue are:

India is a vibrant democracy where people elect their members at various stages, from local bodies and panchayats to the Parliament. The Election Commission has a major role and the only body responsible for conducting elections in India. The Election Commission has implemented a host of commendable voting changes to promote the pillars of democracy and improve election transparency but unfortunately, our system is plagued by many wicked and corrupt people, who can do anything to win the elections. These issues are not because of lack of laws but, because of their improper implementation, therefore, to solve these issues it is high time to strengthen the ECI so that it can have powers to punish those candidates who violate the electoral laws.