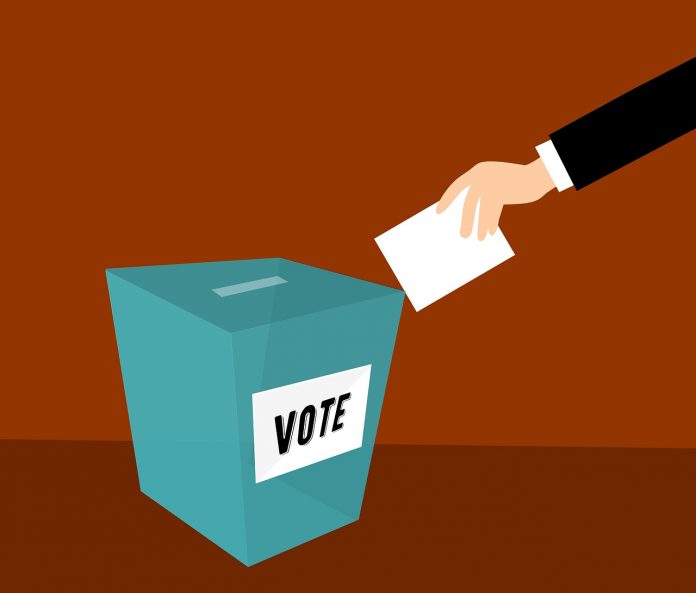 This article is written by Amandeep Kaur, student of Symbiosis Law School, Pune. The author in this article has discussed the various laws related to elections in India.

The Economic Intelligence Unit (EIU) has released the Democracy Index of 2019 and out of 167 countries, India has been ranked at the 41st place with a score of 7.3/10. The reason behind its low ranking is the fundamental weakness which the country is facing due to various reasons. In India, elections for the centre are conducted every 5 years, according to a prescribed set of rules and regulations.

Requirements of free and fair Elections

The constitution of India has mentioned many requirements for conducting free and fair elections but the major requisites are:

Several methods have been adopted by the lawmakers in order to ensure free and fair elections and one of them is appointing a commission for conducting elections known as the Election Commission of India. Article-324 of the Constitution of India provides for the appointment of EC and vests various functions in it.

Structure of the Election Commission

The Election Commission was established in 1950 and at that time it had just one member known as the Chief Election Commissioner but later in 1989 before the elections its membership was increased to three members in total but its membership was again changed to one member after the elections. Later in 1993, it was made a multi-member commission by adding two more members to it. Now it consists of one Chief Election Commissioner (CEC) and two other election commissioners. All three members have the same powers and are appointed by the President of India on the advice of the Council of Ministers for a term of 6 years or they continue their office till the age of 65. The members of the commission  usually are retired IAS officers.

Removal of the Members

Functions of the Election Commission

The election commission is vested with various functions by the Indian constitution. The wide range of functions are:

The Representation of the People Act, 1950

This act provides for the allocation of seats in Lok Sabha and Legislative Assemblies, delimitation of constituencies, qualifications of voters, manner of filling the seats of Rajya Sabha by Union Territory representatives etc.

The Representation of the People Act, 1951

This Act provides for the conduct of elections to the Parliament and State Legislatures, qualifications, disqualifications, various offences, various doubts and disputes etc. Following are some of the rules laid down under this Act:

The Registration of Electors Rules, 1960

The rules contained in this Section are related to the preparation of electoral rolls, their periodic updating and revision. This act also provides the process for registration of eligible voters and the issuance of voter ID cards with the photograph of the voter. The inclusion of eligible and registered voters in the electoral rolls and the exclusion of non-eligible and non-existing voters are included in this act. The election commission prepares the electoral rolls during the elections which contain the name, photograph and the other particulars of the voter because of the rules mentioned under this Act.

This Act deals with each and every stage of conduct of elections in detail. It holds the issuing of writ notification for conducting elections, filing of nominations, scrutiny of nominations, withdrawal of candidates. This rule also governs the counting of votes and taking of polls. In the end, this rule also categorises the constitution of the Houses on the basis of the results. Many amendments have been made in this rule such as the Conduct of Election Rules (Amendment), 2013 and the Conduct of Election Rules (Amendment), 2016.

This is the order which empowers the Election Commission to recognise political parties and allot them symbols. The commission under para 15 of this order also has the power to decide disputes arising among rival groups or sections of a political party who is claiming the symbol. Under this paragraph, only the Election Commission has the power to decide all the issues arising on any disputes or a merger.

This Act is particularly made for the conducting of elections for both the President and Vice-President. This act consisted of 41 sections in total and provides the whole process for conducting elections such as:

This law was introduced during the tenure of Rajiv Gandhi by the 52nd Constitutional Amendment and is contained in the Tenth Schedule of the constitution which is also known as the Anti-defection law. If a member of a House belonging to a particular party voluntarily gives up the membership of his political party or votes or abstains from voting, contrary to the directions of his political party or if an independent member joins a political party after the election then that particular member will come under the situation of defection.

The need for such a law was felt especially when a legislator from Haryana named ‘Gaya Lal’ changed his party three times in a fortnight. After that incident, it took 17 years for the Parliament to pass such a law. Under this law, any member of a house will be disqualified by the Chairman or the Speaker of the house if any complaint is received regarding that member with respect to defection.

Election expenditure by a political party or a candidate

A political party or the candidate cannot spend on the election campaigns according to their desires but there is a limit set by the Election Commission. As mentioned in Rule 90 of Conduct of Election Rules, 1961 a party or a candidate can spend between Rs 50 lakh to Rs 70 lakh depending on the state for which they are going to conduct Lok Sabha elections. For conducting the Assembly elections the limit for spending is between Rs 20- 28 lakhs.

The candidates are supposed to keep a separate account for their election expenses and file it to the concerned authority. If the Election commission finds out that the account filed by the candidate is wrong or they have spent beyond the cap, then this will lead to their disqualification for up to 3 years under Sec-10A of the Representation of People Act, 1951.

Article-326 of the Indian Constitution provides for the adult suffrage which means that any citizen of India either male or female who is not less than 18 years of age has the right to vote. The rule of Adult Franchise was adopted when the constitution of India was enacted in 1949 and was implemented in 1950. Initially before the enactment of the constitution voting rights were not available to the women but the Motilal Nehru report of 1928 advocated unlimited adult franchise and equal rights for women. Moreover, the minimum age for a person to be eligible voting was 21 years during the implementation of the constitution but after the 61st Amendment Act, the minimum age required for voting has been changed from 21 years to 18 years.

Right to vote has been enshrined in Article 326 of the Indian Constitution. The right to vote is neither a fundamental nor a constitutional right but is merely a statutory or legal right. This right came into existence because of the constitution and accordingly, is enshrined in it but the right has been shaped by a statute called the Representation of People Act, 1951.

All political parties and candidates-

No one shall enter the polling booths without a valid pass from the Election Commission, except the voters.

India is the second most populated country in the world and is called the largest democracy too. It is true that it is lagging behind in the Democracy Index but one should consider the fact it is not easy to maintain democracy in one of the most populated countries and India has been successful in maintaining the democracy for almost 70 years. There are many loopholes in the election laws which need to be looked upon in order to improve the country’s rank in the Democracy Index. Therefore the legislature and the judiciary are trying to get an insight into these loopholes and are making amendments.

T Sareetha judgment : can two spouses be forced to stay together

Can a person be dispossessed from his property without due process of law : an insight