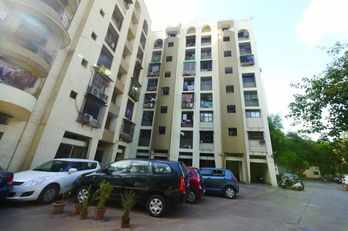 When it comes to the elections within the Co-operative Housing Societies, the importance of Bye-laws has always been pivotal in nature. But, with the advent of new Model Bye-laws now the election procedures have seen an epic growth in the very management of the affairs of the Co-operative Housing Society which solely vests in the Committee of the Management duly elected by the General Body of the Society that too being in consonance with the provisions of the Maharashtra Co-operative Societies Act, 1960 and the Maharashtra Co-operative Societies Rules, 1961. So let’s see how it is conducted in consonance with the new Model Bye-laws.

Due date of the election to the Committee

In actual terms, the elections are supposed to be held on 14th August every year during the Annual General meeting but it hasn’t been followed most of the times. Instead, they are held sometime later during the year.

As per Bye-laws, the election must be held on or before the completion of 5 years from the date of the previous election. The period of 5 years commences from the very date of the previous election. Hence, an election on 1st October 2012 would be succeeded with the next election on or before 1st October 2017. In order to conduct the announcement of the election results, a Special General Body Meeting must be called for.

Removal of Restriction on Voting Rights

With the advent of the very amendment of Section 27 of the Maharashtra Co-operative Societies Act 1960, the waiting period of two years for voting rights had been removed. As a result of such, any eligible member or an associate member with the consent of 1st member can contest the election immediately after seeking membership and his admission is made as a member of the society.

Election candidature of a Member, Proposer, and Seconder in arrears of the society

Management of the Society

In case of the unavailability of women members in representing the committee, the seats which are reserved for them may be filled by other eligible members.

The strength of the committee

The committee must be comprised of various numbers of members of the society. It could vary from 5 to 11 at the max. This strength includes the reservation of seats for women members as provided under section 73 BBB of the Act, as indicated in the above table.

Election of the Managing Committee (MC) under Bye-law No.116

Disqualification for election to the Managing committee. Bye-law 118

No person shall be eligible for being elected as a member of the MC or Co-opted on it, if:

Constitution of a member of the committee

Cessation of a member of the committee under Bye-law no.120

A person shall cease to be the member of the committee, if:

Intimation of cessation of membership of the committee

In case any of the members of the committee gets disqualified under the bye-law No. 120 (1), the committee then shall be obliged to record the fact in the minutes of the meeting and following such record the secretary of the society shall intimate the same to the respective member and Registrar accordingly. Henceforth, such member would cease to be the member of Managing Committee by the very virtue of the order of the Registrar.

Period of office to the elected Committee

Election of office bearers of the society

To fill in vacancies of the committee

Resignation by a member of the Committee

The resignation of the office-bearer ship of the society

Who can become a Returning Officer

Duties of returning are spelled out in the Election Rules;

Explanation:– If the last date in reckoning dates as specified in the above cases is a public holiday, the next succeeding working day shall be mixed for the respective events.

The functions of the Returning Officer shall be as under;

Amendments to bring about the reforms in the new election rule

The very new law has already taken a troublesome appearance towards the people who work in an honorary capacity in housing societies. And it is because of the mandate took place with the advent of this new rule in the year of 2013 that elections for cooperatives, including housing in the state, would be entitled to the Maharashtra State Co-operative Election Authority. Resulting from this, the very roadmap became very tedious and expensive for those who were forced to take the new route. There were even times when they were misled by the election officials when it came to charging the fee to conduct elections. Due to the flouted condition of rulings, the very members were left out with the practice of shelling out more money.

The housing federations combining with the government became the first one to take up the very issue and also frames the functioning of housing societies as non-profit units unlike other cooperatives such as sugar factory and milk units. A sustained follow-up being backed by some ruling party leaders in Mumbai made its way for a positive response for the government. The Cabinet also introduced major changes in the law. Henceforth, housing societies having less than 200 members shall become eligible to hold their elections in the annual general meeting every five years.

Along with such relaxation, the Cabinet made sure that all the erring management committees were made accountable. In addition to that, concerning upon all the office bearers who do not submit audited accounts and other mandatory documents to the state cooperatives department within the set deadline, the cabinet has come up with a stringent rule which states the imposition of a fine of Rs 25,000. The members must come up with their self-declarations failing which would be considered as an offense.

Also in order to bring about a crystal clear matter, a separate chapter on governance of housing societies is being created in the Maharashtra Cooperative Societies (MCS) Act, 1960. An ordinance will be promulgated later this month.

Housing societies especially having less than 200 members are usually entitled to conduct their elections in the AGM. According to the co-operation department, about 80 percent of societies fall in the under the 200-member category. However, the social reservations and a quota for women would still remain in continuance inside the management committee. In addition to this election reforms, the government must be ready to ensure transparency in the housing society managements works which will eventually help the members who seek information and right to service have hassle-free services.

An amendment entitles the bonafide member to inspect all the records, books of accounts, and correspondence of the society that too in free of cost. This decision actually came into being with an aim to activate the management in terms of misleading the members. Majority of the cases through which the registrars of societies deal with on a daily basis are against the management resulting in which the information gets hidden or fabricated.

The penalty of R25,000 will come into existence for failing to submit accounts/documents to the government and society members. The management has been entitled with more powers to deal with a defaulting member to recover dues. Transferring provisional membership to the person nominated by a deceased member has also been made possible. This is because submission of legal documents of succession takes some time, and in the meantime, the family gets affected because of lack of rightful membership.

It seems to be highly contentious to impose a fine of Rs 25,000 on office-bearers who are responsible for not submitting accounts and other documents to the members and the government. The elected members work in an honorary capacity and it is a known fact that not many residents come forward to take up the responsibility. The penalty clause will surely keep the people away despite their interest.

On a conclusive note, we must not overlook the thin layer of another emerging issue which talks about the inadequate knowledge of housing society law. It usually gets conversed into wrong interpretations by the people of management along with residents. The new law has corrected the flaw. It envisages the societies to put its impetus on contributing towards training and education of members through the local state housing federation. Yes, it might give a birth to an additional financial burden, but that would indeed be a useful one if the parties put their involvements with the assurance of conducting the training sessions regularly by the federation.