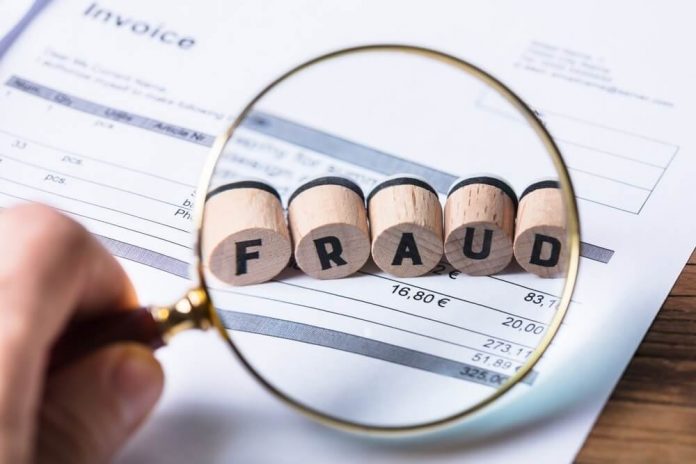 The traditional signatures are handwritten signatures that distinctively speak of each one’s identity. After the boom of the internet, it became necessary to create methods where people need not be required to be present at the signing table. Hence, the Electronic signature or E – Signature as popularly known by people came into existence. Electronic signatures have swept the globe today where many industries have since adopted this new method of signing and have abandoned the old method of signing and approving documents.

The UNCITRAL Model Law on Electronic Signature 2001, clearly outlines the importance of electronic signature “The increased use of electronic authentication techniques as substitutes for handwritten signatures and other traditional authentication procedures has suggested the need for a specific legal framework to reduce uncertainty as to the legal effect that may result from the use of such modern techniques (which may be referred to generally as “electronic signatures”). The risk that diverging legislative approaches be taken in various countries with respect to electronic signatures calls for uniform legislative provisions to establish the basic rules of what is inherently an international phenomenon, where legal harmony, as well as technical interoperability, is a desirable objective.”

What is an electronic signature?

It is clear that different modern state legislations have taken notice of the concept of E-signature, giving it meaning and shaping its definition to fit its socio-political structural norms. A few definitions devised by foreign legislative bodies are listed below.

The main reason for the world to quickly adapt to the concept of E-signature is mainly due to the several advantages of e-signature. Printing, scanning, signing, re-scanning papers or using courier services to transfer documents back and forth was the previous system, which was not only time-consuming but also included a lot of paperwork and the risk of losing vital documents in transit which in turn reduces the expense of the company on paper, printing, packing, shipping and mailing cost. Moreover, e-signature tends to shorten the time between decision making and its implementation as e-signature speeds up the approval process which is always a positive for the company. Another important advantage is e-signatures have the same legal status as wet-ink signatures on any document, according to statutes like the Uniform Electronic Transactions Act (UETA) and the Electronic Signature in Global and National Commerce Act (ESIGN Act) and increases an organization’s environmental and technological credentials. Hence, E-signature methods are used by many of the world’s largest businesses, including insurance, healthcare, and financial services, to validate client identities, authorize treatment plans and procedures, and prove the identity of their clients at any given time.

Can E-Signature be forged?

Despite the fact that modern life is becoming easier and nicer to live with each passing day due to all technological advancement, however, as Marian Wright Edelman puts it,” there is always a piece of bad in every seed of good.” Digital document signatures are one of the newest ways for fraudsters and dishonest organizations to take advantage of clients. This allows fraudsters to scam against the general public especially the old or disabled or non – tech-savvy people who easily fall prey to such scams as people signing contracts electronically may not be given time to read the fine details and may not receive copies for their records. The National Crime Records Bureau, India reports that the number of recorded cases of obtaining fraudulent digital signatures is on the rise. In 2009, there were just four similar incidents; by 2011, there were twelve. In 2012, ten cases were reported. However, analysts believe the actual figures are significantly higher.

Employees from home security firms went door to door, claiming phony crime numbers and persuading families to purchase alarm systems. According to a report, salespeople forced customers to sign agreements on handheld electronic devices without allowing them to browse through the terms. Businesses were also accused of copying and pasting electronic signatures from one document to another without the agreement of the client. In Arizona, a Peoria mold-removal business admitted in court records to forging a digital signature to deflect blame in a dispute with a homeowner.

Even large public and private corporations are victims of similar deceptions. Signatures are falsified to facilitate illegal share transfers, post minutes of meetings that were never conducted, and reorganize entire boards of directors. It appeared like several other Monday at Unicorn House in Kandivali, Mumbai but by the conclusion of the evening of March 9, 2015, the three-story building was the middle of an uproar because some person had changed the names of its executives on a government website and if that wasn’t enough, then there is more when the Mumbai-based company’s inspectors were going through the finances of DDPL Worldwide Foundation Pvt. Ltd some scamsters at that moment decided to play spoiler, and all hell broke loose. The eight-year-old land development firm’s signature information had been altered as three unknown people from Delhi, Madhya Pradesh, and Pune had replaced the original directors. The profiles of the directors of DDPL’s partner firm, Unicorn Infra Projects, were also modified. Some believe the fraudsters were after money from a multi-crore rupee land project that the company is building. They may have sought to present themselves as corporate executives in order to make a land deal with unsuspecting parties but the narrative didn’t end there. Some people attempted to fraudulently boost the company’s authorized share capital from Rs. 5 crore to Rs. 45 crore as the goal was to distribute the increased capital’s portions among the crooks and as a result, existing directors’ shares would have been reduced to almost nothing. It was later discovered that the alleged fraudsters used a bogus PAN card and an MTNL bill to get a digital signature certificate in the name of one of the directors of DDPL and Unicorn. The certificate was utilized to get access to the company’s page on the MCA portal, and they had carried out a corporate hijacking step by step. If the hoax had continued a bit longer, they may easily have deceived individuals in the company’s name.

It’s difficult to spot a fraud suspect in a crowd. According to a report, the average fraudster has no prior fraud charges or convictions. However, there are some behavioral red signs to keep an eye out for. According to a recent survey by the ACFE, 92 percent of employees who commit fraud exhibit one of these behaviors, before the fraud is discovered like, living above and beyond one’s means problems with money, relationships with vendors or customers that are unusually close, control concerns or a refusal to share responsibilities or addiction issues. However, this is only possible to some extent if the fraudster is known or an employee but it is not possible to keep an eye on the whole world where now due to the technological boom, everyone has access to all data.

In Marketlend Pty Ltd v. Blackburn illustrates how fraud manifests itself in the context of electronic document execution and how the risk might be reduced. Marketlend provided the cash to a small business that sells mobile homes and residential vans, on the condition that the return would be guaranteed by the company’s directors, Matthew and Sarah. Matthew and Sarah were married, but they were no longer together. Marketlend required that agreements be signed electronically using DocuSign. Both Sarah and Matthew had DocuSign accounts. DocuSign, Inc. is an American company headquartered in San Francisco, California, that allows organizations to manage electronic agreements.  Marketlend used the DocuSign platform to send many emails to Matthew’s company’s email address, each with a document attachment. Sarah allegedly used DocuSign to sign each document. Marketland had had no prior contact with Sarah. Matthew was declared bankrupt after the company went into insolvency. Sarah was chased by Marketlend for the remaining cash (almost $ 700,000). The court concluded that Matthew exploited Sarah’s account to sign the agreement without her knowledge or consent because she did not sign it when he asked her to. The evidence included DocuSign metadata and mobile phone location information. Sarah was not obligated to pay Marketlend the outstanding balance.

Barwick v Geico was a 2011 Arkansas case where someone who applied for vehicle insurance on the Internet was given a policy by Geico. The applicant waived medical benefits coverage as part of the application procedure and electronically signed a document to that effect. Arkansas law at the time stated that medical benefits coverage could only be denied ‘in writing.’ Arkansas, on the other hand, had already implemented the UETA when the application was filed.

The applicant was driving the insured vehicle when it was struck by another vehicle. Geico denied their claim when they provided medical bills under the coverage. When Barwick sued, Geico cited the applicant’s acknowledgment of signing an electronic renunciation of coverage. However, the plaintiff contended that the waiver was ineffective because it was not in writing, as required by law. The court agreed with Geico, and a higher court upheld the decision, citing Arkansas’ UETA implementation as support.