The article is written by Daksha Khanna from Symbiosis Law School, NOIDA. The article discusses the Enron Power Project, its incentives and plans, and the problems associated with implementing the project in the context of Indian Law.

Enron USA came to India in the early nineties to set up a 3 billion dollar power plant. The then government invited Enron to India, led by the Indian Prime Minister Narashima Rao. The process and incidents associated with the Dabhol Power Company setting are highly relevant, even in current times, for companies who intend to set up operations in India. The case could be ideal for the strategic importance of moral company decision-making and sensible neutral management practices as an associate degree inherent in a company’s culture.

If an organisation lacks this understanding, it’s possible to experience opposition and neutral management disasters that may ultimately significantly impact the company’s success. The events related to Enron putting in place the Dabhol project in India with a read to achieve an associate understanding of Enron’s company culture and its stakeholder management policies. Human Rights Watch (an international non-governmental organisation or NGO) defended Enron of human rights violations against its stakeholders once conducting investigations in India. However, it can be safely concluded that Enron was determined to succeed at all costs, and its actions left little doubt that the company had no respect or consideration for its stakeholders.

During the United States visit by Indian Prime Minister Narashima Rao in 1992, Enron was invited to set up power companies in India. The government launched a liberalisation program and was a gap up the Indian economy to foreign direct investment. Throughout the United States visit, Enron was invited to set up power comes in India. The government’s five-year plans is what focussed on the development of the power sector during that time. The first Industrial Policy Resolution of 1951 reserved the ability sector for state investment, restricting the non-public sector from investment in power.

Later five-year plans continued within the same socialistic tradition and controlled industries near a series of licensing and allowed necessities. Ostensibly, these necessities were meant to shield the interest of the ordinary Indian; however, in the application, these necessities led to a scenario called the License rule within the hands of Indian bureaucrats and politicians. Industrial opportunities were inconsistently distributed between the state-owned enterprises or the general public sector. Development of infrastructure facilities like power was mostly entrusted to the general public industry through licensing necessities designed to stay non-public enterprise away from such companies. Gandhi’s swadeshi (made in India) movement adopted during the independence struggle against a people rule served because of the raison d’être for promoting public sector enterprises.

For many vital politicians, the setting up of significant parties below the general public sector banner had the potential of safeguarding their election prospects in their electoral constituencies. Between 1977 and 1990, the Indian political state of affairs underwent significant irreversible changes with Congress’s loss of elections. As a consequence, once the elections in 1990, Prime Minister Narashima Rao formed a central government with coalition partners for the first time in the history of the Congress party in India.

The birth of the new economy was supposed to bring substantial foreign investment into India. Most of the acquisition was expected from major multinationals that would persuade an extended supply of funds for the politicians and, therefore, the political structure. Enron International, the world’s most successful energy company, was invited by the Indian government to set up a $2.8 billion power plant during the 1990s in India. This power project was the single largest foreign direct investment in India (McClean and Elkind, 2003). Enron was thus invited to set up the power plant in India not only because Enron was a highly successful company but because Enron was likely to cooperate with the rent-seeking machinations of the Indian political structure comprising both ruling parties and parties in the opposition as later events indicate.

A major incentive was to set up a power plant in India based on the Indian government’s assurance that Enron would be fast-track entry into India. Representatives of Enron and General electric arrived in Delhi. They met with officers of the central government concerning the planned project. They visited the urban centre (now Mumbai) to review sites on the coast of Maharashtra. Enron officers opt for Dabhol on the beach because of the web site for the project. Later, a Joint venture was witnessed by Enron, General Electric and Bechtel Corporation.

Problems associated with the Project: the Indian Law

“There can be little question that the company and the police have operated in tandem against the protestors. The Dabhol Power Corporation pays the state forces that committed human rights violations; it provided other material support to these forces, and it failed to act on credible allegations that its contractors were engaged in criminal activity that rose to the level of human rights violations due to the failure of the state to investigate the crimes” – According to Human Rights Watch.

The Project was expected to displace around 2000 people directly and 92,000 people in an indirect way. This displacement was to occur in the agricultural villages of Aareygaon, Katalwadi, Nagewadi, Pawarsarkari, Ranavi, Borbatlewadi and other fishing villages. The source of livelihood of these communities was fishing and agriculture. Their relocation would have been a cumbersome process. The company was under the legal obligation to post a notice within the newspapers stating that it had been constructing a power plant related to which the corporation would attend to any inquiries, complaints or considerations for a two-month amount following the notice’s publication. This complied with the Electricity Act, 1948. The notification was revealed in the local newspapers. Upon the expiry of the two-month, the corporation sent a letter to the government of Maharashtra’s secretary of Energy, confirming that Enron had not received any objections in response to its notice within the native newspapers.

Through this statement, Enron concealed that they had received 34 queries, complaints from Non-Governmental Organisations, Journalists, government officials, and the residents whose lands had been acquired.

Problems associated with the Project: Miscellaneous

Allegations on the State Government

At the state level in Maharashtra, the Dabhol power project award to Enron without a competitive bidding process led to allegations of corruption by the Shiv Sena–BJP combination, a significant opposition political party. The Shiv Sena–BJP combination gained substantial political mileage out of it. It used the Dabhol Power Company project as a major election campaign issue with support from several opposition parties and NGOs.

Questions by The Indian Media

The Indian Press questioned the MOU for its lack of transparency, the absence of competitive bidding, and the haste with the govt signed by the government. A series of newspaper articles and discussions followed within the public forum with a growing belief that corruption had competed for a task.

Review by the World Bank

Enron and the Government of Maharashtra were looking forward to the World Bank to fund the Dabhol Power project, and so, the World Bank was approached by them for the fulfillingment of the purpose. The World Bank concluded after the review of the Power Plant Project :

The World Bank shed light on the fact that the MOU needed MSEB to pay Dabhol light company in sixty days. However, the corporation had no limitations on the actual supply of electricity, mercantilism fuel, construction or finance. It implied that MSEB would need to pay Dabhol power company for electricity at a prescribed rate despite whether or not the electricity was available.

CEA – A government body to oversee the implementation of the Indian Electricity Supply Act, 1948.

The whole problem seeds from the fact that there are no International Laws that make it mandatory for a corporation to respect Human Rights.

Enron faced allegations of corruption and bribery in the media and from various stakeholder groups. These allegations find credence because the security forces’ decisions and actions, the political and administrative structures in India, appeared to consistently favour Enron’s interests rather than demonstrate a balanced view.

Enron’s motive made it very difficult for the local people of Dabhol, who had no backing to stand up for themselves except file complaints and queries. The project continuously witnessed logistical and financial difficulties because of a lack of transparency and corruption. It could not complete the project because of their bankruptcy in the USA and non-cooperation on the villagers’ part. This, along with the default, led to the demise of the company in the USA. 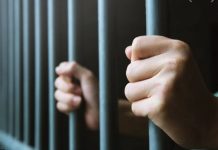