This Article is written by Sreejit Nair pursuing Diploma in Advanced Contract Drafting, Negotiation and Dispute Resolution as part of his coursework. He discusses the Validity of a Settlement Agreement. 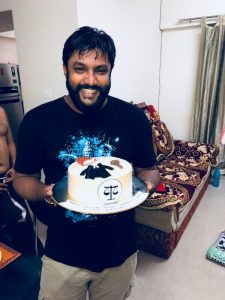 The validity of a Settlement Agreement

Merely reaching an understanding or settlement is not enough. Legal formalities need to be checked to ensure the validity of the agreement. The Settlement agreement shall be signed by all the parties involved in it. A missing signature can easily become ground for challenging the document in court at a later date. A settlement agreement may also be signed by 2 witnesses although not necessary.

The family members mutually work out and distribute the property among themselves by agreeing to a Family Settlement Deed. It is an out of court settlement to which the court agrees. There is always a discretionary power available with the court. Using this discretionary power the Court can anytime declare the agreement null and void if there is presumptive essence of fraud or coercion.

Only disputes relating to common property or joint family property can be settled with a Family Settlement Deed.

Indian court does not accept out of court settlement in divorce matters. Mediation is a way to settle the dispute but if the couple wishes to simply call off the marriage without letting the court know of their intention, this is not an intelligent way to separate. If you are legally married, you can apply for and avail a decree of divorce dissolving your marriage, out of court divorce is not accepted by the courts in our country.

Collective bargaining agreement is enforced under Section 18 of the Industrial Disputes Act, 1947, as a settlement arrived between the workers and the employers. Under Section 18 (1) of Industrial Dispute Act, 1947, a settlement arrived at by an agreement between the employer and workmen otherwise than in the course of conciliation proceedings are binding only on the parties to the agreement.

Both counsel and the arbitral tribunal shall carefully examine documents to determine whether a settlement agreement can be smoothly converted into an effective consent award and protect the rights and interests of the parties at the extreme.

Settlement Agreement is formerly known as a Compromise Agreement as per the employment law. In the Settlement agreement, an employee agrees not to pursue certain statutory employment tribunal claims against a respondent or potential respondent to a claim. It is used when Employee leaves the organization and payment of the employees are settled including all claims. Certain conditions have to be fulfilled by the parties for a proper settlement agreement.