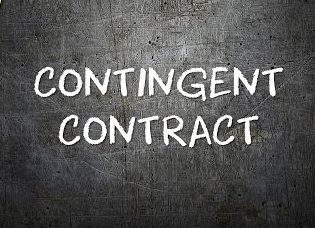 Essentials of a Contingent Contract 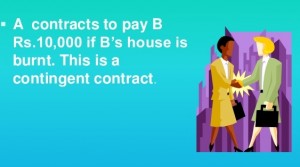 A contract to do or abstaining from doing something

Section 32 and section 33 of the Act talks about enforcement of the contract on the happening of the event or the non-happening of the event respectively. The contract will be valid only if it is about performing or not performing an obligation. For instance, if X and Y enter into a contract that if X’s house is burnt, then Y will pay him Rs. 10,000 it’ll be a valid contingent contract.

Performance of the Contract must be Conditional[2]

The condition for which the contract has been entered into must be a future event, and it should be uncertain. If the performance of the contract is dependent on an event, which is although a future event, but certain and sure to happen, then it’ll not be considered as a contingent contract. Just the postponement of the happening of the event wouldn’t make it a contingent event. The event should be totally unpredictable for an individual and the happening or non-happening of the event shouldn’t be in the hands of the individual.

Event must be Collateral to the Contract

Event shouldn’t be at the discretion of the Promisor

The event on whose happening or non-happening, the contract can be enforced should not depend on the promisor. In the judicial pronouncement of N.P.O Ballaya v. K.V.S Setty and Sons[3] it was held by the Court that where a person promised his lawyer that in case he wins the litigation, he’ll pay the lawyer his expenses related to tax and cost, the event would not be in the hands of the promisor and wouldn’t be at his discretion, because he cannot guide the litigation. To make a contract a contingent contract, the promisor should not have any power to control the events.

Difference between Contingent contract and other Contracts 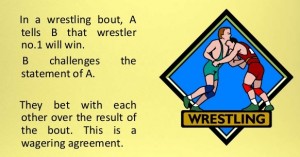 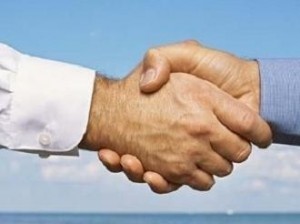 There are certain situations where the contingent contract can be enforced.

When Contingent Contract is Void

For a contract to be a contingent, there are certain conditions which need to be fulfilled, because it is very evident that a contingent contract isn’t an unconditional an unqualified contract. The event should be collateral to the contract, and should not be under the control of any of the contracting parties.