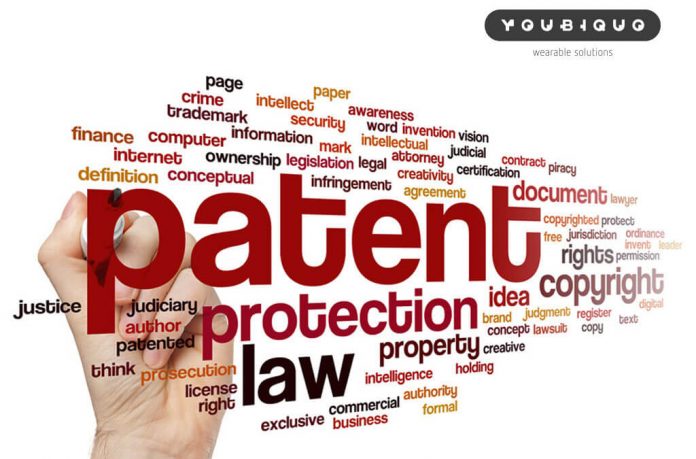 This article is written by Shikha Pokhriyal from Delhi Metropolitan Education, GGSIPU. This article talks about the patentability of simulation, a recent judgment given by the Enlarged Board of Appeals, and how this decision will impact Indian patent law. Also, the subject matters are patentable and non-patentable.

The Enlarged Board of Appeal at the European Patent Office (EPO) rendered the most awaited decision on the patentability of simulations. Simulation consideration is the process of running the model. It is the process of imitating or mimicking the operations of the proposed or any existing system. Simulation represents what happens in the real system.

This article shall deal with the case of the European Patent application that simulates the movement of the pedestrian crowd through an environment. The article shall explore how this computer-implemented simulation has changed the standards on simulations and what will be its implication on India.

Patents are legal documents that give exclusive authority to the inventor to make, use and sell an invention for a certain period specified in that document. Patents are also accessible for making some noteworthy improvements on existing innovations. The patenting of items enables the inventors to upgrade the state of technology by awarding them with some features that would benefit their invention.

The first patent law was passed by the city of Venice in the year 1474. According to the law of the European Patent Convention (EPC), patents can only be granted for inventions that are new and innovative and can be used in industrial applications. A patent if innovative can be used in any kind of industry. New invention means that before filling the application for the said patent, that invention should not be known to the public in any form whether be written, or oral.

Not all inventions are capable of being patented. Under European Patent Convention(EPC), there is a list regarding the inventions which are non-patentable like methods of medical treatment or new plants or animal varieties. Also, permission to get a patent is not granted when that innovation aims to harm public morality or violates the rights of the public. An invention that contradicts the natural invention or is pointless, is also considered non-patentable. In European patent law, patents are only given to innovate why they can be used in industry. To have access under European Patent, one has to apply directly in a national European patent application.

According to Article 52  of the European Patent Convention:

Patentability of simulation – background of the case

In the application of 03793825.5, Bentley Systems (UK) Limited G1/19, the European patent application provides the computer-implemented simulation program that tracks the movement of the pedestrian crowd through an environment such as a building. This invention relates to the modelling and simulation of the movements of a pedestrian by simulation of the crowd. It means, simulation of one single individual step to a large number of individuals and repeating the same process over a large number of steps. This application of the patent contains a framework that would help in different ways like clarifying the movements of a pedestrian. The aspects of the simulation are not limited to the physical barriers like walls while moving, but it is also dependent upon the behaviour of an individual like personal space. Simulations are an animated model that imitates the operation of an existing or proposed system. Simulations offer a powerful approach for making better decisions.

The appeal of the applicant was refused by the examiner based on the ground that this invention lacked the inventive step. The committee stated that in this method the only technical character is the use of a computer. The applicant in his application formulated simulating the movement technically, but the only thing that was technical in this method is a computer. The applicant in its appeal argued that the method of steps in claimed inventions is considered as a technical feature or physical parameters. Though the method is considered non-technical, it still contributes towards the technical character of the invention since it resulted in a technical effect by the virtue of interacting with the computer.

Like in the Indian Patent Act, Section 3 describes the items where inventions can be done. Similarly, Article 52 of the European Patent Convention describes the subject matter that is not patentable. This Article 52(2)(c) throws the lights upon the programs for computers where inventions are non-patentable. “But this exclusion from patentability is limited to “the subject-matter or activities as such” (Article 52(3) EPC).  This ‘as such’ is parallel to our ‘per se and hence the two provisions are almost identical.”

The claimed subject matter must have some technical character or precisely some technical teaching. There are four requirements under the European Patent Act to attain patentability: novelty, inventions, inventive step, and susceptibility of industrial application.

The Board of Appeal came forward with the COMVIK approach that is applied to the computer-implemented simulations. It stated that the computer-based simulations should be assessed according to the same criteria, keeping one question in mind, whether the claimed feature contributes to the invention’s technical character. The Board stated that in every case, there is no need to relate with reality, a claimed feature of computer-implemented simulation. It can contribute towards the technical effect in any form.

“Technical input may consist of a measurement; technical output may exist as a control signal used for controlling a machine. Both technical input and technical output are typically achieved through direct links with physical reality. Input and output may occur not only at the beginning and the end of a computer-implemented process but also during its execution are self-evident that the input and output are always nothing other than data if only the data processing within the computer is considered. Computer-implemented processes, however, often include features – which could be technical or non-technical per se – that reflect the interaction of the computer with the external world.”

The Enlarged Board of Appeals in their answers to the referred question stated that the process or system of simulation that is to be patented should include the gist of the original invention.

A patent is available for the improvement of the existing inventions. Patent law was introduced to encourage the inventors to make new and useful inventions of the goods so that the public can enjoy upgraded items.

The basic essential to patent is a novelty that means that the inventions should be new and not known to the public. The patent should be useful in industrial work or the work done in good faith and not for illegal purposes. In India, a patent can only be obtained for the subject matters like machines, articles, or substances produced by the manufacturers

Novelty is considered an essential element to obtain a patent. That means there is a need for new innovation that is defined under Section 2(l) of the Indian Patent Act. It means any invention that is not yet anticipated by the public. This decision will not affect only the patenting of simulations but also the patenting of software. This decision will have an impact on India as Section 3 of the Indian Patent Act and Article 52 of the European  Patent Convention enlisting the non-patentable subject matters are quite similar. The law practitioners and the board in India have to take this decision into consideration in the cases of inventions or claims regarding the simulations whether they should be patentable or non-patentable.

The decision of G 1/19 shall have an effect not only on the simulations patents but also on patenting of software. The considerations required to acquire a patent in simulations by the European Patent Convention are numerous. The method of simulations is used by the researchers to digitally create scenarios to help the scientific study.  The board held that the COMVIK approach applies to inventions relating to computer-simulated programs. The board held that the effect may be technical if the subject matter simulated is not, or vice versa. If the simulations of subject matter are not patentable based on considering this decision technicality they still can be patented by using the COMVIK approach.