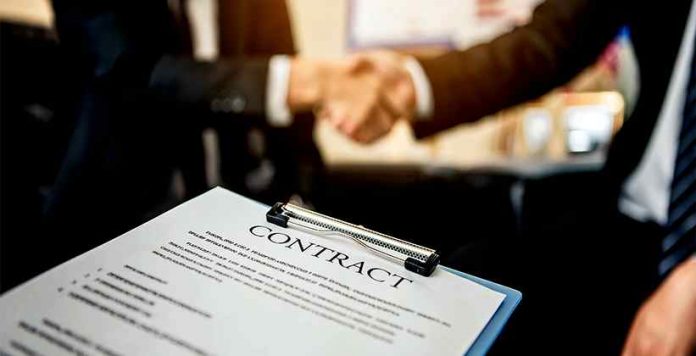 The article has been written by Muskaan Nagpal, pursuing a Diploma in Advanced Contract Drafting, Negotiation and Dispute Resolution course from LawSikho. It has been edited by Ruchika Mohapatra (Associate, LawSikho).

The word ‘Waive’ means to give up a right. A waiver is an arrangement in which the parties agree to voluntarily relinquish or abandon legal rights, claim or privileges. It can be done orally, in writing or either in an express or implied manner. According to Black’s Law Dictionary the term ‘waive’ means the voluntary relinquishment or abandonment-express or implied-of a legal right or advantage. Before waiving a right, the party needs to have the knowledge of the right or the intention of waiving the right. Basically, it means the surrender of the legal right of the parties who are involved in an agreement. A No-Waiver Clause in an agreement is basically a stipulation to make sure that neither party has waived their right in an agreement to bring a suit if the other party fails to fulfil the obligation or breach the Agreement.

Essential elements of a waiver

For example, in a Property Lease Agreement, two parties named A and B have entered into an Agreement in which Party A is the ‘Lessor’ and Party B is the ‘Lessee’. They both have decided that B will pay the rent on the 1st of every month and if the delay occurs, then A will charge a penalty of Rs 1000/-  on a daily basis. However, if B fails to pay the rent on the 1st in a particular month and instead pays it on the 2nd and A does not charge the penalty irrespective of the delay, that does not mean that he waived his right for all future delays. A can charge a penalty in the future as and when he deems fit.

In the case of Ramdev Food Products Pvt. Ltd. v. State of Gujarat, the Supreme Court said that if a person alters its position with respect to fulfilling its obligations, such person, after alteration cannot revert to its previous legal relationship. In case of Jagad Bandhu Chatterjee vs Nilima Rani & Others, the Supreme Court said that waiver of right does not even require any consideration or an agreement.

Waiver finds its genesis under Section 63 of the Indian Contract Act, 1872, in which the party is ready to surrender or relinquish their right to contractual performance. Section 63 of the Indian Contract Act reads as follows: “Every promisee may dispense with or remit, wholly or in part, the performance of the promise made to him or may accept instead of its any satisfaction which he thinks fit.”

Section 63 talks about three ways a waiver is available to a party:

A party voluntarily and unilaterally grants a concession to the other party by not requiring any performance by such other party or allowing performance in some other manner not envisaged in a contract. However, a waiver neither involves, nor results in, any amendment to the existing contract, nor does the other party (promisor) is necessarily required to pay any specific consideration solely in pursuance to Waiver.

What is the purpose of having a no-waiver clause?

Since the no-waiver clause is a standard clause, it is present in most of the agreements. The need to have a waiver or no-waiver clause is to protect the interests of the parties, as it helps to prevent the parties from inadvertently waiving their contractual rights through their actions. Basically, the non-waiver clause makes sure that if parties fail to exercise their legal rights or delay in exerting their legal rights, that does not imply a waiver of those rights or loss of remedies.

Here are the several types of waiver clauses that can be seen in many agreements:

Sample Clause- “A party’s failure to perform any clause or implement any rights under the agreement at any time shall not impair the party’s right to request performance, nor shall any party’s waiver of a violation be considered a waiver of any subsequent breach”.

Sample clause: “No Secured Party shall by any act of delay, indulgence, omission, or otherwise be deemed to have waived any right or remedy hereunder or to have acquiesced in any default or event of default.”

Sample Clause- “A waiver or non-performance of an obligation under the agreement would only be valid if it is in writing and signed by the person authorising the waiver.”

What is the statutory obligation of the no-waiver clause?

The statutory obligation of the waiver clauses is mostly not enforceable. Even if an Agreement has a complete non-waiver clause, as the court thinks that the party has waived its right to enforcement if the party has demonstrated extreme behaviour. In case of Hovnanian Land Investment Group, LLC v. Annapolis Towne Centre to Parole, LLC the Maryland Court concluded that, in certain circumstances, the terms of the contract may be waived by actions, statements etc. by the parties without a written waiver even when the contract in question contains a no-waiver clause. In the case of Gail (India) limited v. Newton Engineering & Chemicals, the Court said that if the party has breached the contract, then the No-Waiver clause will not protect the party from paying the damages.

Limitations of a no-waiver clause

The drawback that comes with that notice is that, if an innocent party fails or delays in enforcing its right, it will likely mean that the innocent party will be prevented from using or doing so in the future. Irrespective of the fact that the agreement contains a non-waiver clause.

As in the recent case of UK, the court found that a party has waived its right to terminate the agreement by failing to enforce its termination right until approximately a year after the breach occurred. Despite the fact that this agreement contained a non-waiver clause.

Is it worth it to have a no-waiver clause in the Agreement?

Despite having many limitations of a non-waiver clause these clauses make it more difficult for an innocent party to claim in an agreement that the party has waived the right in respect of breach of an agreement. Therefore, if the party finds out or is aware of the fact that the other party has breached the agreement then the other party should immediately take action in respect of that breach.

The waiver is basically a voluntary act to surrender your legal right to enforce. It can be either written or oral, either express or implied. However, where there is a single waiver, the parties to the contract shall be bound by the terms and conditions mentioned in the contract. As, once waiver is made, the promisee cannot resile from the same, and accordingly cannot require enforcement of right from the promisor.