This article is written by Team LawSikho.

Registration of FIR in case of the women

The Criminal Law (Amendment) Act, 2013 has also included a lot of new offences in the same list. They are:

Provision of FIR under special laws

How do you inquire whether an FIR is lodged against you?

If an F.I.R has been filed against you for a cognizable offence the police will start the investigation immediately after the registration of an FIR. So, you’ll come to know as police will come to your house to arrest you or they will call you up. What you can do in this situation is ask for the registered copy of the FIR and the arrest warrant that is issued against you. The next step is you can take an advice from your lawyer and file a petition in the High Court for quashing of the FIR along with getting anticipatory bail if you have not been arrested and regular bail if you have been arrested.

You had a fight with some bad guys who were eve-teasing a girl. The matter subsided and you are not in contact with anyone of them. One day you receive a call and the person says that he has filed an FIR against you in Maharashtra.

Confused about what to do in this situation?

Simply go and file an RTI in the headquarters of Maharashtra Police and they will let you know whether an FIR has been lodged against you or not. Some state police departments like Delhi Police also have an online system of displaying all the existing FIR`s lodged on a free search basis. This also can be used by you to track the FIR in case this service is available in your state.

Basic miscellaneous facts one needs to know about FIR

The FIR is lodged with a view to setting the investigation into motion and not for the purpose of setting down all the story and plot of the offence. There should be a common sense approach to such matters while evaluating the criticism against the FIR.

Where FIR is proposed against a politician, actor, or a public servant charging that person with allegations of dishonesty, a preliminary enquiry should be conducted against such person

The FIR is not a substantive evidence. A person or the maker of the statement may give many statements, but it is not necessary that every statement of such person can be treated as an FIR. For a statement to constitute the first information report, it is very necessary that two conditions should be fulfilled:

FIR in case of rape complaint

In cases of sexual offence, delay is not given much importance as it is assumed by the court also, the difficulty of the victim to come out and complaint. Where delay in filing an FIR ina reape case had taken place, Court was satisfied with the reasoning that the name of the family was involved, therefore, there was a delay in filing of the FIR .

The provision of Zero FIR came up as recommendation in Justice Verma Committee Report in the new Criminal Law (Amendment) Act, 2013, devised after the December 2012 gang rape of a 23-year-old girl in the territory.

However, policemen by and large deny knowing about provisions of “Zero FIR” and direct the complainant to Police Station having jurisdiction but Clause (e) of Section 460 of the Criminal Procedure Code (CrPC) says that if any Magistrate not empowered by laws to call for cognizance of an offence positioned in section 190 (a) or (b) erroneously but in good faith does take cognizance, the proceeding minutes will not be set aside merely on the grounds of not being empowered for same. If at the time of initiation of FIR, it looks evident that the crime was committed outside the jurisdiction of the concerned police station, then the police must be appropriately ordered to register a Zero FIR, and ensure that the FIR is transferred to the jurisdictional police station. If there is a failure in compiling with the instruction of FIR registration on acknowledgement of information about the offence, it will invite prosecution of the police officer under section 166A which provides a rigorous imprisonment of six months be extended to two years. This evasion of responsibility may invite the departmental action for the police officer.

The Centre has asked all the states to make amendments in the state laws with respect to the registration of the Zero FIR on receipt of complaint or information about a crime without getting into argument related to the jurisdiction. Central Government, keeping in mind, the influence of the Zero FIR has warned by invoking the amendment in the criminal law that if there is any refusal with regards to the registering of the Zero FIR, it will lead to imprisonment.  This ordered amendment empowers the police to register the complaint acknowledged in police station other then the jurisdictional police station where crime has been committed. The concept of Zero FIR is a free jurisdiction FIR, brought up in order to avoid the delay in filing the crime and to avoid wastage of time that adversely impacts the victim and gives a free way to offenders getting an opportunity to escape from the clutches of the law.

As is the well settled rule when there is certain good there is always something bad attached to it. And the biggest drawback is in the basic concept of the Zero FIR provision i.e., for say a crime occur in a place and reported in other jurisdiction and if there is certain collusion between the police staff of the station where the FIR instituted  and the offender then the whole root of the provision collapses. 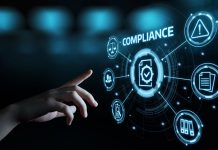 Necessary legal compliances to set up a shooting range 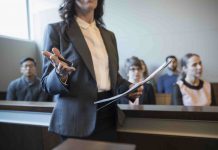 The importance of oratory skills for a lawyer 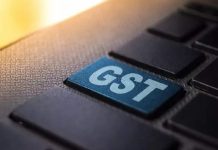