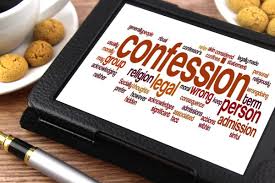 In this blogpost, Sudhi Ranjan Bagri, Student, National Law Institute University, Bhopal writes about what is confession, rights to retract confession and the evidentiary value of retracted confession.

There is no definition of the word “confession” in the Indian Evidence Act[1] and it appears for the first time in Section 24. It is clear that confessions are merely a species of admission which is defined under Section 17 of the Act. It is correct to say that every confession necessarily is an admission but every admission does not necessarily amount to a confession. Sections 17 to 23 deal with admissions whereas Sections 24 to 30 deal with confessions.

Sir Stephen in his Digest of the law of Evidence defines confession as “an admission made at any time by a person charged with a crime stating or suggesting the inference that he committed that crime.”

Of Probative value of confessions

A confession is substantive evidence against its maker, if it has been duly recorded and suffers from no legal infirmity, it would suffice to convict the accused who made the confession, though as a matter of prudence, the Court usually expects at least some corroboration before acting upon it. But before acting upon a confession, the Court must be satisfied that it is voluntary and true. Voluntariness depends upon whether there was any threat, inducement or promise. The truth is to be judged in the context of the entire prosecution case i.e. whether it fits into the proved facts and does not run counter to them. If these two conditions are satisfied, it becomes the most reliable piece of evidence against the maker.

Retraction may be defined as the act of recanting.[3] To recant means to withdraw or renounce prior statements formally.[4] A retracted confession is one which is withdrawn or retracted later on by the person making it.

Retraction of statements is something that happens in most criminal cases. The reason behind the same may be the inadequate police protection or the ill-developed mechanism for witness protection or the inherent securities of the witnesses or the accused under the influence of the status of the opposing party as happens in almost all the high profile cases.

Retraction of a confession is very common since it is often procured through non-validating means An extraordinarily large number of confessions, in criminal cases, culminate in retractions, as a matter of course.[6] In India, retractions are as plentiful as confessions.[7] This goes to show that most confessions do no proceed from a feeling of penitence and remorse as they should, but that they have their source in the inducement, threat, torture, hope or any other non-validating cause.[8] Thus, to retract from a confession is the right of the confessor and all the accused have invariably adopted that right.[9]

Concept of Retraction flows from the Constitutional Right against Self-Incrimination

Article 20(3) of the Constitution of India, 1950 guarantees protection against the compulsion to be a witness against oneself. The application of this provision extends to statements made during police interrogations.[10] This means that no person can be forced to make a confession, against his will. Thus, the test of relevancy of a confession is whether it is voluntary or not.[11] Since there is a danger that the confessor may implicate himself against his will, the law regarding the same is so strict that a confession that is not voluntary is rejected even if it is true.[12] Sections 24 to 30 of the Evidence Act have been legislated to take care of this constitutional right by excluding from evidence all self-incriminating statements that have not been made voluntarily.[13] A right to retract is important because a retraction puts the court on enquiry as to the voluntary character of the confession.[14] Moreover, to withdraw from what has been said previously is to be interpreted as an extension of civil liberty.[15]

Retraction must be affected, especially when the Confession is Involuntary

When a confession has been retracted, the court has a duty to evaluate the evidence concerning the confession by looking at all aspects.[16] The first test that the court is required to apply with regard the same is to ascertain whether the confession was voluntary or not.[17] Satisfaction of this test is a sine qua non for admissibility of the confession in evidence.[18] The word ‘voluntary’ used in respect of a confession refers to a confession that is not caused by inducement, threat or promise.[19] If it appears to the court that a confession has been procured using any inducement, then it would be rendered irrelevant.[20] A well-grounded suspicion based on the circumstances of the case may exclude a confession[21] since the use of the word ‘appears’ in Section 24 suggests a lesser degree of probability than ‘proof’ defined in Section 3 of the Evidence Act.[22] It is idle to expect the accused to ‘prove’ the inducement for in most cases such proof cannot be available.[23] In light of the same, anything from the barest suspicion to positive evidence is considered sufficient for discarding a confession.[24]

status of retracted confessions under the Act

Particulars of a retracted confession

As the confession is required to be clear, specific and unambiguous, its retraction should also not be ambiguous, vague or imaginary. The person alleging retraction of confession or his earlier inculpatory statement must satisfy the court that that he had withdrawn from his statement at the earliest possible time[26] and without any afterthought or advice and must give reasons for the same.[27]

Weight attached to a retracted confession

It is also a general rule that it is unsafe to base the conviction of the accused upon his retracted confession even when it is held to be true and voluntary unless it is corroborated in material particulars by independent evidence.[30]

Value of retracted confession against Co-accused and Accomplice

However, the standard of corroboration is quite different in such cases. In the case where the resiled statement is being used against the confessing accused, general corroboration is sufficient whereas in cases of co-accused or an accomplice, corroboration in material particulars in necessary.[33]

It should be noted that it has been held that a retracted confession can be taken into consideration to indicate the prima facie involvement of others.[34]

It is submitted that the Law in England differs from that in India to the extent that an accused person can be convicted on his own confession, even when it is retracted if the Court is satisfied with its truth. In India, there is a further requirement of corroborative evidence to support it.[35]

In conclusion, it is submitted that retraction is a very important principle of the Law of Evidence. It has a strong practical foundation. Furthermore, to give a gist of this article, the following principles constitute the law relating to retracted confessions: