This article is written by Lakshay Kumar, a second-year B.A.LLB student of Delhi Metropolitan Education, Indraprastha University. In this article, he talks about the evolution of common law and its expansion to Asia, especially to India.

What is Common Law

Common law is the body of customary laws based on the judicial decisions and is embodied in the already decided cases which are administered in the common law courts of England since the middle ages. Common law emphasizes the centrality of the judges in the development of law. Common law generally contains the rules and other doctrines gradually developed by the judges of the English courts as the foundation of their decision and added over time by judges of that various jurisdiction the authority of the accumulating doctrine.

The English common law originated in the early middle ages in the King’s court. It did not have substantive rights but it consisted of procedural remedies. Until the 19th century, the English common law continued to be developed primarily by the judges rather than the legislature. The common law of England was largely created in the period after the Norman Conquest of 1606. Body of rules was created in northern Europe and local customs governed most matters.

Church played a large part in the government, crimes were treated as wrongs for which compensation was provided for the victims. Serious wrongs were regarded as public crimes rather than personal matters, and the perpetrators were punished by death. An important development took place in the growth of common law during the Henry II reign. Royal officials roamed around the country, inquiring about the administration of justice, the church and the state were separated and had their own laws and courts. All these developments led to the growth and emergence of a body of rules based on local conditions.

In common law jurisdictions, several stages of research and analysis are required to determine what the law is, first one must ascertain the facts, then one must locate the appropriate statutes and cases, then one must extract the principles, analogies, and statements by various courts of what they consider regarding the facts of the present case, after looking into all these factors it is determined what the law is.

Interaction between common law and statutes

In common law legal systems, the common law is crucial to understanding almost all important areas of law. In States like the United Kingdom, Wales, and England the basic law regarding torts, contracts, and property do not exist in statute but it does in common law although with some variations.

Common law as the foundation of commercial economics

The reliance on judicial opinion is a strength of common law system and is a significant contributor to the robust commercial systems in the United States and the United Kingdom because there is common law to give reasonably precise guidance on almost every issue, parties can predict whether the proposed course of action is lawful or unlawful.

Advantage and Disadvantage of Common Law

Before the institutional stability was imposed on England in 1066, English residents, like those of many other societies were governed by unwritten local customs that varied from community to community and were generally enforced in an arbitrary fashion. For example, courts consisted of informal public assemblies that weighed conflicting claims in a case, if they were unable to reach a conclusion, then the accused had to go through a test which determined the guilt or innocence of the accused. The test generally involved either carrying a red hot iron or snatching a stone from the cauldron of boiling water.

In 1154, Henry II became the first Plantagenet king, Henry II institutionalized common law by creating a unified system of law common to the country by elevating the local customs to the national, ending local control and peculiarities. He reinstated the jury system of citizens sworn on oath to investigate reliable criminal accusations and civil claims.

Henry II introduced the concept of stare decisis. Stare decisis literally means let the decision stand, under this concept if there is an already decided case similar to the present case then the judgment has to be given according to the decided case. This principle replaced the inconsistent local traditions and laws with reliable and consistent laws that were applicable to the region.

During this time the concept of equity was established. Under the doctrine of equity if any person felt that some injustice has happened to him he can make an appeal in the court of chancery administered by the lord chancellor. For example, if anyone felt that the damages awarded to him through common law were insufficient then he could approach the court of equity and seek redressal.

In the 20th century, some changes were made in the common law system in the united states under which different systems were established to resolve the dispute and to award compensation. The system provided relief in the form of money damages while the second system worked as a court of equity.

Countries that got influenced by the common law system

The common law constitutes the basis of the legal system of England, Wales, Northern Ireland and the United States of America Among the various Asian countries which were influenced by the common law system are India, Pakistan, Sri Lanka, Hong Kong, Malaysia, etc.

Finally, we could see how common law evolved in Europe and America and later it spread to other parts of the world, especially in Asia. Common law laid the foundation of many legal systems of the world and therefore served as a great impetus for the development of legal structures of many countries especially in India. Although the common law system had some defects as well when we look at the contribution made by it, its defects stand nowhere. 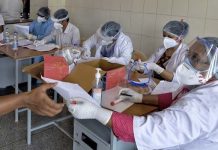 Check your mailbox for the joining link. (From Bhawna Agarwal: [email protected]us).