This article is written by Shriya Sehgal, a first year student pursuing BBA.LLB. from Symbiosis Law School, Noida. This article deals with the various aspects of restraint of trade including landmark judgements.

Who doesn’t get excited when he/she is hired at a top notch firm? Decent salary, good infrastructure and a lively work environment are the prerequisites for every employee. However, what happens when they get bored with their jobs or want to explore better opportunities? Are they permitted to leave their jobs before the completion of their term of employment? Are there any restrictions on the employees while they are working for a particular organisation/institution?
The above questions would be answered in the following article with respect to Exclusivity and Non-Compete Clauses under Contract of Employment.

Section 27 of ICA,1872 makes the agreements in restraint of trade to be void. This section states that, “Every agreement by which anyone is restrained from exercising a lawful profession, trade or business of any kind, is to that extent void.” However, there are certain exceptions to this rule.

Exceptions of Restraint of Trade[1]

It is this case that established the concept of restraint of trade in 1890s in England. In this case, the appellants sold their business to the respondent company and agreed to enter into a negative covenant not to work for a rival business for a period of 25 years in an unlimited geographical area. Later he worked for a rival business. Consequently, the respondents brought an action against the appellant to enforce the covenant by injunction.

The appellant company carries on business as surveyors undertaking inspection of quality, sampling of merchandise, machinery etc. It has established a reputation and goodwill by developing its own techniques and possess trade secrets in the form of those techniques. They have their head office at Calcutta and a branch at New Delhi.

The appellant company employed the respondent as the Branch Manager of its New Delhi Office on the terms and conditions mentioned in the letter of appointment. Clause 10 of the terms and condition placed the respondent under a post service restraint that he shall neither carry on a business on his own nor serve any other rival firm in similar line as that of the appellant company for two years at the place of his last posting.

The court granted them an interim injunction which was converted into a permanent injunction after listening to the respondent. The restraint was considered to be reasonable with respect to time and place however the clause contained the expression ‘leave’ which was susceptible.The clause was considered unreasonable as the term of employment was terminated.

On an appeal by the respondent, a Division Bench of the High Court reversed the order of the learned Single judge holding that the negative covenant operating post service was in restraint of trade and void under Section 27 of the Indian Contract Act, 1872.

Rationale for Rule Against Restraint of Trade

Here, the word ‘reasonable’ is of significant importance. For a contract to be enforceable, the restraint of trade clause must be reasonable. Reasonability can be ascertained on the basis of the following grounds:

For instance, Conflict of Laws took place in the famous case, Taprogge Gesellschaft Mbh vs Iaec India Ltd.[5]. In this case, the Bombay High Court held that a restraint operating after termination of the contract to secure freedom from competition from a person who no longer worked within the contract was void. The court refused to enforce the negative covenant and held that, even if such a covenant was valid under German law, it could not be enforced in India. [3]

A contract of employment which is operative during the employment doesn’t attract the provisions of Section 27 of the Indian Contract Act, 1872. The main purpose for restraining an employee from joining a competing business or profession is to fulfil the legal terms of the contract that are binding on the employee. This also encourages better performance on the part of the employee.

In case of a franchise, the franchise agreement prohibits the franchisee from dealing with competitors goods during the subsistence of the contract. In this way the franchiser can promote his/her own goods and prevent the competition to a certain extent. It will also lead to ease of distribution of goods.

Clause 4 of that agreement provided that the respondent company should keep secret until the termination of the agreement and during three years when all technical information, know-how, data and documents would be passed on by the AKU and VCF then, the Century Rayon should enter into corresponding secrecy arrangements with its employees.

The respondent company then invited applications for appointments in said plant. The appellant was hired as a Shift supervisor in the tyre cord division and entered into a contract of standard form for a term of 5 years. After obtaining training for 9 months the appellant started absenting himself and then informed the company that he has resigned. The company rejected his resignation and asked him to join back but he had already obtained another employment. The appellant’s services were considered essential for the respondent company as his employment with rival company would cause him damage because they had undertaken to obtain secrecy undertakings from its employees.

Therefore they wanted an injunction restraining the appellant to obtain employment with the rival company. Whereas the appellant said that the agreement was a restraint on trade and against public policy.

Both the trial court and the High Court found that the negative covenant in the present case were reasonable and necessary for the protection of the company’s interest.

The petitioner company is one of the leading institutes in imparting education and knowledge in the field of financial services. In the course of its business, the petitioner appointed the respondent as a faculty member who was to be responsible for the development of the petitioner’s study material and teaching methodology. Consequently, they entered into an employment agreement including various terms and conditions.

The respondent realised his value to the organisation and asked for a hike in his salary multiple times. One day he sent his resignation via email and stopped coming to work because his demands were not accepted. The petitioner returned the resignation unaccepted and asked him to resume work as his unauthorized absence was in breach of the terms and conditions of the employment agreement.

According to the terms and conditions of the agreement the respondent cannot resign before the compulsory period of 3 years and in case he wants to resign before the completion of 5 years he has to give 6 months notice of the same. Moreover he cannot join a rival business. The same was ordered by the court until the arbitrator independently evaluated the observations made.

Consequently a suit was filed and during it’s pendency an interim injunction was filed for restraining the defendant from taking employment as pilot of any other company. The defendant was made liable to pay a sum of Rs. 10,00,000 with 15% interest from the date of filing the suit for committing a breach of contract. The plaintiff also claimed a permanent injunction restraining the defendant for taking up employment as pilot of any other company or airline or corporation for a period of three years.

Since injunction is a discretionary relief, the court can grant an injunction for a reasonable period as it is difficult for the airline to make an alternate arrangement. Due to their inability to make the arrangements they will have to minimise their operations which will cause them damages.

Thus, in the appeal it was held that the learned single judge was was not correct in not granting the injunction at least for a period of notice. In the given circumstances the court desist from directing restoration of status quo ante. However, it is open to the plaintiff to claim any compensation by amending the plaint. Thus, the appeal was disposed of with the aforesaid observations.

In this case, Wipro worked as a sole and exclusive canvassing representative for Beckman Coulter International, S.A. They worked together for a span of 17 years. Beckman Coulter decided to undertake direct operations in India and issued advertisement seeking employment from people and giving preference to candidates having experience in having handled respondent’s product or similar products. Wipro Limited alleged that such advertisement was in violation of non-solicitation clause and approached the court for prohibiting solicitation and claiming damages.

It was held that the restrictions had not been imposed on the employees but on Wipro and Beckman Coulter and therefore Section 27 would not be attracted and the agreement was held not in restraint of trade.

There is a legal assumption that a restraint of trade is legally unenforceable. However, there are certain exceptions to the same. The various types of clauses mentioned in employment agreement aims to protect the interest of the employer and are not against public policy. The reasonability of these clauses can be determined on the basis of various factors and the clauses beyond the scope reasonability are considered to be void. 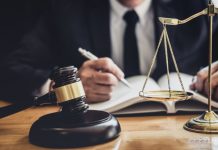 An analysis of the functioning of law firms 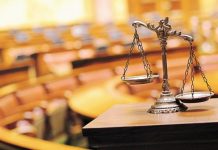