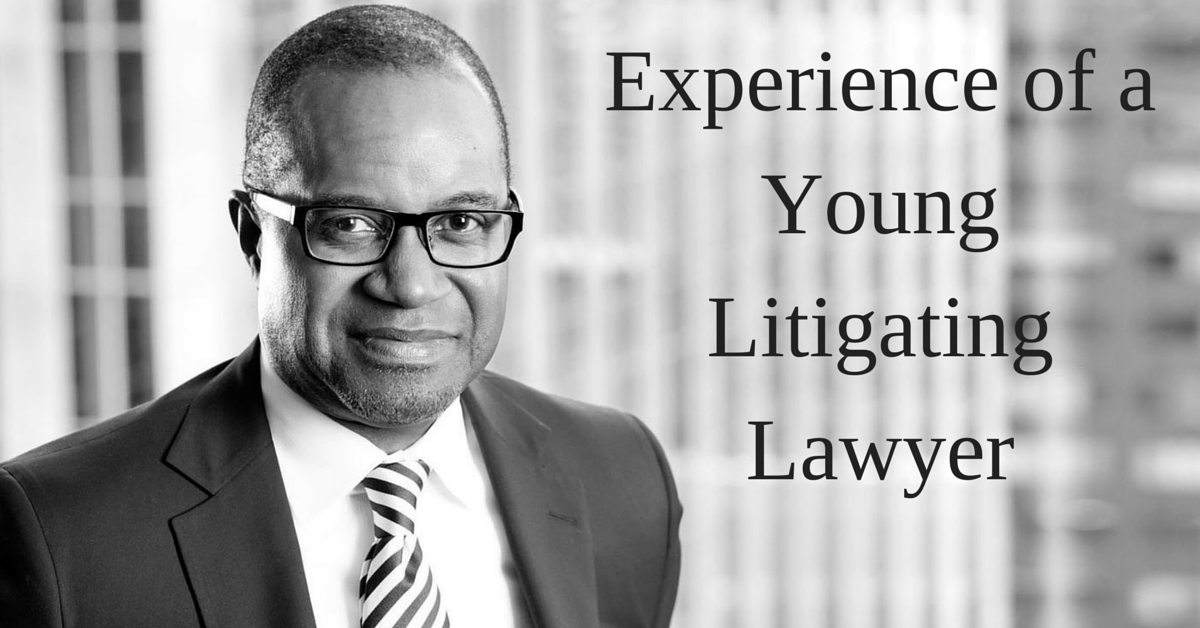 The field of litigation though the oldest one is not the most famous one among law school students. Here is an interview of Ms Deboleena Mitra who graduated from NLU Jodhpur in 2009 and thereafter joined the chambers of Mr. Joymalya Bagchi, who was recently inducted as a judge in the Calcutta High Court on experiences of young litigating lawyer. I would like to thank Shambo Nandy, an IVth yr student of NUJS for taking the interview.

Q 1. What are the biggest challenges one has to face when he enters the field of
litigation?
A. The initial period of slogging, not getting paid enough, given mostly menial clerical work. If one can stick through this initial period, it gets better eventually.
The most important thing is that one must actually want to go into litigation to be able to stick it out. If one loves the profession, then no amount of hard work will deter him. And once one is established, the sky is the limit.

Q 2. Considering that after graduation he/she works diligently with a fairly reputed senior, then how long will it take for him to earn a decent income?
A. A year or two.

Q. 3. How long does it take for a person to get his own clients after he/she graduates?
A. It depends upon whether the person has developed any contacts of his own who would pass on cases to him, like a family member or a friend who is also an advocate.

Q 4. How long does it take for a person to entirely be independent and move away from working for his senior?
A. On an average 5-10 years, depending upon how good the person is.

Q 5. Considering that a person wants to litigate, then is there any use to first do a law firm job/in-house counsel? If yes, then after how many years should he decide to quit his job?
A. If one wants to litigate, the best thing to do is to get in early. Once a person gets used to regular fixed pay every month and a comfortable desk job, it is very hard to come into litigation since the initial period is very tough.

Q 6. Is the work, ethics or professionalism (the things that one gets used to in a law school) a major hindrance in the path of a person who wants to litigate?
A. Of course not. It actually helps.

Q 7. What type of a senior should one work under initially? (meaning what are the qualities that one should look in a senior)
A. Firstly, someone who is senior enough or good enough to be getting enough matters so that he can give some to you. Secondly, someone who will actually give you work fit for an advocate and not just make you run around doing clerical work. Thirdly, someone who will let you appear in court so that you have enough experience when you want to litigate on your own.

Q8. Considering that a person wants to litigate, then what type of internships should he look at? Or what other skills should he try to acquire while in law school?
A. He should intern under a practicing lawyer, preferably the senior he wants to join later on. He should also try to familiarize himself with the court procedures by going to court regularly since this is something that cannot be taught in law school.

Q 9. What should be his expectation of remuneration in the first five years?
A. He should not expect any. So whatever he gets would make him incredibly happy.
But jokes apart, the first few years are very tough and remuneration depends upon
what actual work one does and hence is very flexible.

Q 10. Any other comments that you want to make.
A. The senior counsel I am attached to, even though one of the best advocates practicing in Calcutta High Court, is also one of the best people I have ever met and very fair and just who actually gives due importance to all his juniors. Which is why I did not face too much problem even though I am absolutely at the bottom of the food chain and do not even have a family background in law. Mostly, if the senior you are working with passes on matters to you and lets you learn and you are reasonably good at it and have built up a good enough impression of yourself in court, it will not be long till you can make it on your own.
Most of the time spans that I have mentioned here are based on my own experience as well as experiences of other juniors under my senior counsel. They will most probably vary from junior to junior and senior to senior.
The answers here are also specific to Calcutta High Court since the trends, work ethic, pay scale etc. differs from court to court and city to city. For e.g. in Delhi, senior counsels pay a fixed monthly salary regardless of how much work a junior does whereas, in Calcutta, one gets paid according to the work he does.