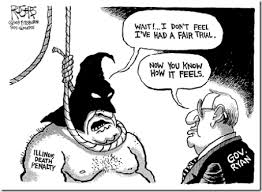 This article is written by Amandeep Kaur, a student of Symbiosis Law School, Pune. The author in this article has discussed in brief about the principles of a fair trial in India and related provisions.

The main aim of the Criminal Justice-System of India is to ensure fair and impartial trial of each and every accused who has been put behind bars in the Indian territory. Our country follows the adversary system for conducting the trial of an accused. Under this system, it is the prosecution who has to prove the guilt of the accused beyond a reasonable doubt. The Criminal-Justice-System of India follows some principles to ensure fair trial but still, India lags behind in the Rule of Law Index. According to the World Justice Project(WJP), 2019 Rule of Law Index India has been ranked 68 out of 128 countries.

Principles of Fair Trial under the Adversary System

The Indian Judiciary has explained the need and importance of the concept of Fair Trial in a number of cases and the Best Bakery Case is among them. In the landmark case of Zahira Habibullah Sheikh and ors vs. State of Gujarat, the Supreme Court has defined fair trial as a trial before an impartial Judge, a fair prosecutor and atmosphere of judicial calm. The SC said that a denial of a fair trial is as much injustice to the accused as is to the victim and the society.

Following are the principles of a fair trial-

This is the cardinal importance of the Indian Criminal Justice System. Under this principle each and every accused is presumed to be innocent unless proved guilty of a crime beyond reasonable doubts. The burden of proving the accused guilty is on the prosecution. It came from a Latin maxim ‘eiincumbit probation qui dicit, non qui negate’ which means the burden of proof is one that who asserts, and not on the one who denies. The presumption of innocence is present at the beginning of all the criminal trials in an adversary system and the provisions of the criminal codes are so framed that the presumption of innocence is taken into consideration throughout the criminal trial.

This principle is based on the underlying fact that there must not be a wrongful conviction of an innocent person as this will decrease and shake the confidence of the people in the Indian Judicial System. The presumption of innocence is based on the presumption by law. It has been held by the Supreme Court in the case of State of U.P. v. Naresh and ors, Chandrappa and ors v. State of Karnataka, 2007 that the presumption of innocence is available to the accused under the fundamental principle of criminal jurisprudence that every person should be presumed to be innocent unless proved guilty by the competent court of law in a criminal trial.

Impartiality refers to the conduct of the Judges who are supposed to conduct the trial and give the decision of acquittal or conviction without any biases towards the accused or the victim. Here bias refers to a predetermined opinion by a judge towards the accused. Section 479 of the Code of Criminal Procedure, 1973 prohibits the trial of a criminal case by a judge who is either party to the suit or is personally interested in the case.

Competency of a judge refers to the territorial and pecuniary jurisdiction of a judge. The apex court in the case of Shyam Singh v. State of Rajasthan has held that the real test is whether there exists any circumstance according to which a litigant could reasonably apprehend that a bias attributable to a judicial officer must have operated against him in the final decision of the case and not that a bias has actually affected the judgment.

‘Justice delayed is Justice denied’ is popularly used in many of the courtroom dramas, which is actually a well-settled principle of criminal jurisprudence. Expeditious trial refers to the right of speedy trial of an accused. This principle was considered under the concept of a fair trial to avoid unnecessary harassment of the accused. The apex court in the landmark case of Husianara Khatoon v. State of Bihar, 1979 held that speedy trial is an essential ingredient of Article 21 of the Constitution of India and it is the constitutional duty of the state to set up such procedure which would ensure speedy trial of the accused.

Section 309(1) of Cr.PC has provided that all the trials and the proceedings shall be held as expeditiously as possible unless the court finds the adjournment of the same beyond the following day to be necessary for reasons to be recorded. After the pep talk which was given by CJI Ranjan Gogoi to the Chief Justices of High Courts for speedy disposal of cases, numerous cases which were pending since more than 10 years have been disposed off.

Hearing should be in open court

Sec-327(2) provides the provision of conducting criminal trials related to rape cases in the camera with the discretion to the presiding Magistrate of giving access to the court to a particular person who filed an application before the court. Similar provisions of conducting a trial in the camera are also found in sec-53 of Indian Divorce Act, 1869, sec-14 of Indian Official Secrets Act, 1923, sec-22(1) of Hindu Marriage Act, 1955, etc.

Knowledge of accusation and providing adequate opportunity to him

A person may or may not have knowledge of the charges he has been accused of. Therefore according to sec-50 of Cr.PC, it is the duty of the police officer who is arresting the accused without any warrant to provide full particulars of the offences of which the accused is charged. In case of serious offences, the court is required to frame a formal charge in writing and then read and explain the charge to the accused.

One of the vital principles of a fair trial is that one should be given an adequate opportunity to defend himself. It is possible only if the accused is aware of the charges framed against him. Therefore sec-211 of the Cr.PC provides for the right of the accused to have a precise and specific accusation.

Trial in presence of the accused

Evidence to be taken in presence of accused

In the landmark case of Badri v. State of Rajasthan, 1976 the apex court held that where a prosecution witness was not allowed to be cross-examined on a material point with reference to his earlier statement made before the police, his evidence stands untested by cross-examination and cannot be accepted as validating his previous statement.

This concept of double jeopardy is based on the doctrine of autrefois acquit and autrefios convict which means that if a person is tried and acquitted or convicted of an offence he cannot be tried again for the same offence or on the same facts for any other offence. The prohibition against jeopardy is also a Constitutional right recognized under Article 20(2) of the Indian Constitution which provides that no person shall be prosecuted and punished for the same offence more than once.

Sec-300 of Cr.PC is also embodied with the rule that once a person is convicted or acquitted with an offence he should not be tried with the same offence or with the same facts for any other offence. In S.A. Venkataraman v. Union of India the appellant was dismissed from service as a result of an inquiry under the Public Servants (Inquiries) Act, 1960  after the proceedings were before the Enquiry Commissioner. Thereafter, he was prosecuted before the Court for having committed offences under the Indian Penal Code, and the Prevention of Corruption Act. The Supreme Court held that the proceeding taken before the Enquiry Commissioner did not amount to a prosecution for an offence. It was in the nature of fact-finding to advise the Government for disciplinary action against the appellant. It cannot be said that the person has been prosecuted.

Every single person whether innocent or accused has the right to legal aid. This right is also a constitutional right embodied in Article 22(1) of the Indian Constitution. The right to counsel is one of the fundamental rights according to the supreme law in India. In the case of Khatri v. State of Bihar, it was held that the accused is entitled to free legal counsel not only at the stage of trial but also when he is first produced before the Magistrate and also when remanded.

Article 39A has also been introduced by the 42nd  Amendment in 1976 in Indian Constitution to provide free legal aid to the persons who cannot afford a lawyer for his defence. Sections 303 and 304 of  Cr.PC also provide for the right to legal aid through a counsel to every accused.

The Criminal Justice of India is embodied with all the necessary provisions required for a fair trial of an accused but still, the country lags behind in the Rule of Law Index. The major reason behind this is that the delay and other irregularities in the implementation of the above-mentioned principles of a fair trial. For instance, an expeditious trial is one of the major principles of a fair trial, but have you witnessed any criminal case which has been disposed off by the courts within a span of 2 years? The answer to this question will be no. Similarly many other irregularities such as delayed investigations, expensive and complicated legal process, judicial corruption etc. have caused the dropping of Indian Rank in the 2019 Rule of Law Index.

Functioning of the Crime Investigation Department (CID) of India