“Fake ‘encounters’ are nothing but cold blooded, brutal murder by the persons who are supposed to uphold the law”.

Fake encounters can be defined as extrajudicial killing of persons who are usually in custody, by the policeman without following the rule of law. It is staged in such a way, that it appears to be a crossfire by the policemen. Encounters have not been new to India but in many cases the act of police prima facie appears suspicious. As per an RTI request filed with NHRC, it came into light that in between 2000 to 2017, 1782 cases of fake encounters were registered in India out of which the State of Uttar Pradesh made 794 (44.55%). Since 2017, a new government took charge in the State of Uttar Pradesh and the number of encounters has seen a great surge.

An incident took place in the early morning of July 10, 2020, where a hardcore criminal accused in recent murder of eight policemen in Kanpur on July 2, 2020 was being taken away to Kanpur from Ujjain by Uttar Pradesh Special Task Force. On the way to Kanpur, a vehicle carrying the accused is said to have been met with an accident wherein the accused tried to flee away after snatching the pistol of the policemen. It is further said that the policemen surrounded him from all the sides and requested him to surrender but he fired. In counterattack, the policemen also fired in which the accused got injured. After being taken to the hospital, he was declared dead.

Gujrat Police shot dead Sadiq Jamal, claiming that they had received information that he was planning to kill Narendra Modi. His past criminal records only included altercation and gambling. Later, an enquiry was conducted by the CBI, wherein it was found that both the police and officials of Intelligence Bureau played roles in the fake encounter.

On June 15, 2004, a 19 year old lady Ishrat Jahan, was killed along with three male on the outskirts of Ahmedabad. It was claimed by the police that they were members of LeT (Lashkar-e-Taiba) and they were planning murder of then Chief Minister of Gujrat Narendra Modi.

Upon enquiry, the SIT constituted by Gujarat High Court, found the encounter to be staged. Later, the case was handed to the CBI after being transferred to the Supreme Court. CBI filed a charge sheet wherein it accused officers for a staged encounter.

An aide to Chota Rajan, Ram Narayan Gupta @Lakhan Bhaiya was picked up from Vashi and was killed in an alleged staged encounter in Versova. Later in 2013, Mumbai sessions court sentenced 21 people, including 13 policemen, for killing of Ram Narayan Gupta.

However, the apex court noted that two essential guidelines of the National Human Rights Commission were completely ignored by the police. It further observed the act of police to be doubtful and the facts of the incident to be inconsistent with the theory of encounter.

Article 6(1) of the International Covenant on Civil and Political Rights (ICCPR) provides: “Every human being has the inherent right to life. This right shall be protected by law. No one shall be arbitrarily deprived of his life.” Article 14(2) of the ICCPR, provides everyone accused of a crime to be considered as innocent until otherwise.

The staged/ fake encounters (referred to as instant justice by masses) are against the key constitutional provisions Article 14 and 21 of the Indian Constitution. Article 14 provides us with Rule of Law which states that Law is supreme. Article 21 provides that every person has the right to life and personal liberty in accordance with the procedure established by law. Right to fair trial is the heart of criminal jurisprudence and the same flows from Article 21 of the Indian Constitution.

Section 96 & 100 of Indian Penal Code, provide with right to private defence. As per Section 96, no offence is made out if any act is done in self-defence. But it needs to pass the test of Section 99 of Indian Penal Code, which provides that the act should not extend to causing more harm than that is required for the purpose of self-defence. Section 100 provides when the right of self-defence extends to causing death. For an act to fall under this defence, certain conditions need to be satisfied:

Clause 3 of Section 300 of IPC, comes into light which provides that if any public servant/ any person authorized by public servant, exceeds their power to causing death while acting for advancement of justice and which they believe as lawful and mandatory for discharging his duty without any ill intention, then they will not be liable for murder.

In the case of Om Prakash & Ors. v. State of Jharkhand, the court observed: “It is not the duty of the police officers to kill the accused merely because he is a dreaded criminal. Undoubtedly, the police have to arrest the accused and put them up for trial.” The court further went on to say that they amount to state sponsored terrorism.

In the case of R.S. Sodhi v. State of U.P, court observed that it needs to be investigated closely whether any death occurs due to a fake encounter or a genuine one. In the instant case, investigation was transferred to CBI to prevent the investigation from lacking any credibility.

In the case of Prakash Kadam v. Ramprasad Vishwanath Gupta, (2011) 6 SCC 189, the court had taken stern view and it observed: “We warn policemen that they will not be excused for committing murder in the name of `encounter’ on the pretext that they were carrying out the orders of their superior officers or politicians, however high. In the Nuremburg trials the Nazi war criminals took the plea that `orders are orders’, nevertheless they were hanged. If a policeman is given an illegal order by any superior to do a fake `encounter’, it is his duty to refuse to carry out such illegal order, otherwise he will be charged for murder, and if found guilty sentenced to death. The encounter’ philosophy is a criminal philosophy, and all policemen must know this. Trigger happy policemen who think they can kill people in the name of `encounter’ and get away with it should know that the gallows await them.

The Supreme Court in the case of PUCL & Anr. v. State of Maharashtra & Ors. ((2014) 10 SCC 635), gave guidelines to be followed in the case when death was the result of police encounter. It provides for the following:

The NHRC, has stated that policemen are not conferred with the right to take away the right of any person. In respect to private defence, the right to policemen is also available as available to any ordinary person. Further, use of force during arrest of a person so as to cause death may only be justifiable if the person was accused of an offence for which punishment would be life imprisonment or death. But if the act of police is not justified on the grounds of private defence/ Section 46 of CrPC, the policemen will be liable for culpable homicide.

In 1997, NHRC had initially framed a four step procedure to be followed in case of encounters which included registering of offence, investigation of the cases by independent agencies like CID and granting of compensation to the relatives of deceased, if the investigation led to conviction of policemen.

The guidelines were again revised in 2003 and then in 2010. The revised guidelines provide a much detailed procedure consisting of registering of encounter, investigation by independent investigating agencies, magisterial enquiry to be conducted preferable within three months if police action resulted in death, quick action against the policemen found guilty, no gallantry awards/ out-of-turn promotion unless his gallantry was proved beyond doubt and sending a report to the commission by SP/ SSP in an specified format.

Exercise of power needs to be within rule of law. Fake encounters are nothing more than mockery of rule of law. It affects administration of the criminal justice system and credibility of the rule of law. In a civilized society, staged encounters can never be an alternative to the process of conviction through trial. Three different branches: legislature, executive and judiciary have been made for different purposes. If the policemen start doing the work of the judiciary, then there is no need for a separate judiciary.

Our criminal justice system and police need to go through major changes. Speedy trial for a person convicted of serious offences is the need of the hour. People are losing their utmost faith in the judiciary due to several reasons like: years and years taken in conviction of an accused. Even in many cases, the accused gets acquitted due to several reasons like improper investigation of the part of policemen, lack of witnesses etc. 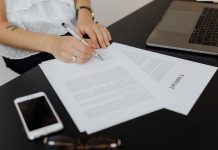 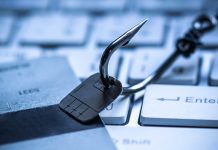 Vanquishing cyber assaults: An outlook on phishing amid lockdown 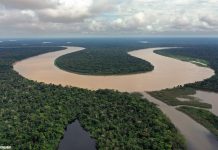