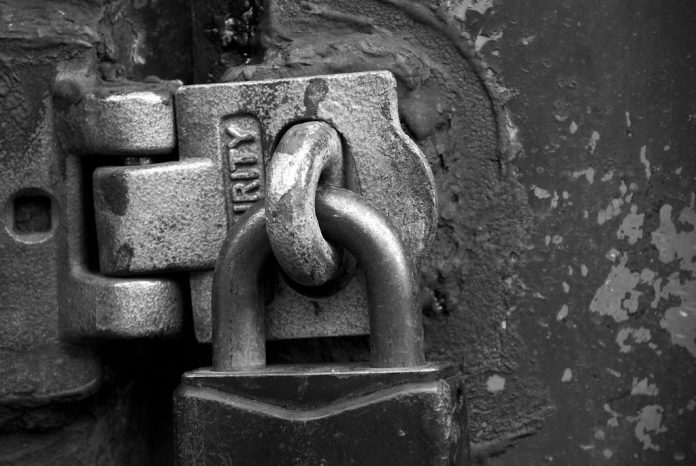 This article is written by Suryansh Singh, a 3rd-year law student from Indore Institute of law. This article mainly discusses the concept of false imprisonment and the remedies available to it.

Things which give rise to false imprisonment

There must be a complete restriction on the liberty of an individual against his will.

According to Winfield, false imprisonment is the infliction of the bodily restraint which is not expressly or impliedly authorized by law.

What are the essentials of false imprisonment

In order to determine the severity of confinement and to what extent compensation is to be awarded for damages or injury sustained, one must look at the period of confinement. Even detention recognised by law is extended beyond a reasonable time will be declared unlawful. For example, if an arrested person who has not been produced before a magistrate within 24 hours of his arrest by the police can hold the police liable for wrongful confinement.

For eg. A and B are workers, and A is unaware about the fact that B is still in the godown, locks him inside the godown. He will be held liable for false imprisonment.

If any place is used in order to confine a person for a short or long period, it will amount to false imprisonment. The person confined shall be deprived of his liberty and fundamental freedom.

It doesn’t matter if the plaintiff has the knowledge of the confinement or the restrictions imposed by the defendant which completely deprived him of his liberty.

Nature and scope of false imprisonment

An act of false imprisonment is the complete deprivation of an individual’s liberty. Article 21 of the Indian Constitution guarantees the right to personal liberty. It prohibits any kind of inhuman activity to any person. Provisions of Article 14 (Right to Equality) comes to the rescue whenever there is a violation of Article 21. False imprisonment results in the unlawful detention of a person, which mentally and physically suppress the plaintiff with continuous ill-treatment and inhuman behaviour.

Such indiscriminate behaviour of a person to another results in the violation of fundamental rights enshrined under Article 21. This violation of fundamental rights led to the emergence of the stringent laws which widened the scope of false imprisonment. Under IPC the term wrongful confinement is used in place of false imprisonment. Section 339-348 deals with the matters related to wrongful confinement.

What do you mean by False arrest?

The term false imprisonment is somehow related to false arrest, there is a minute difference between both of them. However, the difference is subtle to understand. False arrest is the confinement of a person without any legal backing to the detention. It is done without assuming the probable cause or the legal authority to it. Whereas, the act of false imprisonment is done for a specific purpose without any appropriate lawful justification to it.

What are the defences for false imprisonment?

Consent of the plaintiff is considered as the biggest defence available against the tort of false imprisonment. According to law, an individual can’t wave away their fundamental rights. Giving consent to unlawful detention or confinement completely deprives the liberty of an individual. So an individual should not seek redressal for an act which he has given consent for. Based upon the circumstances consent can be implied or expressed. Consent must be free from coercion, fraud, undue influence etc

If A having all the reasonable apprehension of threat wilfully enters a premise with B who is likely to detain him and deprive his liberty, can’t raise the liability of the false imprisonment.

The maxim Volenti Non-fit Injuria means voluntarily taking risk. If a person who seeks to limit his own liberty while acting in accordance with the defendant and agrees to enter a premise that may result in his deprivation of rights and causing damage to him.

The defendant should act with the due procedure of law and should confine a person with a warrant as that act can be justified in the eyes of law without a warrant.

A, who is armed with dangerous weapon goes out in public and starts open firing. B who was a police official take down A and locked him in a room until the reinforcement came. Here B’s act is justifiable in the eyes of law and hence it does not constitute false imprisonment.

Probable cause is another defence available to a defendant. It is based on the facts and circumstances of the case to check whether the act done was out of necessity or not. If the defendant establishes probable cause for his actions the liability of false imprisonment will not arise. If confinement is done in order to support the law, it is the duty of the defendant to give a prior justification of his act.

A shopkeeper can legally confine a person if suspected for shoplifting. The act of shoplifting must be witnessed by the owner. The duration of confinement shall be reasonable until the police officials arrive. Such detention must be done for the purpose of investigation.

A who is a shopkeeper caught B pocketing some items from the store. When he caught him, B tried to escape. Though he failed and A locked him in a room. Here B has the legal right to confine B.

A minor can be restrained by his guardian if that does not inflict harm to the children. Any other person can also detain a minor if he has obtained the consent of the parents.

A, who is the son of B and is a minor consecutively failed in class Xth for two years straight. It was found that he has been taking drugs and is involved in gambling. B after getting aware of this fact restrained him from going out. This act of B does not amount to false imprisonment.

What are the remedies available for false imprisonment?

Wrongful detention causes damage to the plaintiff in various ways. Mental agony, physical discomfort, loss of time and earning, as well as injury to reputation,  are some types of damages. The gravity of such damages is to be measured by the court.

If imprisonment is designed with a malicious intention to continuously, oppressively, recklessly inflict injury to the plaintiff, punitive or exemplary damages is awarded to him. Such indiscriminate conduct on the part of the defendant which results in the violation of the rights of the plaintiff is also a ground for awarding punitive and exemplary damages. Such damages are also provided in case if the state arbitrarily uses its power.

Aggravated damages are damages awarded by the court in such cases where the imprisonment is of nominal character which is offensive to the plaintiff.

Habeas corpus is a type of writ issued by the court. Supreme court under article 32 and High court under article 226 issue the writ of habeas corpus. The basic meaning of the term “HABEAS CORPUS” is to bring the body or present the body in the court. An application of this can be presented by the plaintiff or by some other person on his behalf if he is unlawfully confined.

The first rule of criminal law is self-help. Every individual has the right to defend himself from any kind of external threat or apprehension of threat and imminent danger.

If A is having the reasonable apprehension of threat to his life, he can protect himself with all the reasonable force from the actions of B, who is illegally detaining him.

Right to arrest is the right given to certain persons who are directed by the law.

In case of a private person, an arrest without a warrant is done on the following conditions:

In the instant case the defendant used public footway to put up seats for the spectators of the boat race. Plaintiff assuming his right to use that footway climbed the fencing. He was prevented by the defendant and two other guards to go in that direction though he was allowed to go in the other direction. A suit was filed by the plaintiff for false imprisonment. It was held that there was no imprisonment.

In the instant case, Shri Bhim Singh a member of the legislative assembly was suspended on the opening day of the budget session. He challenged the suspension in the high court which was stayed. The next day he was arrested by the police and all the possible efforts made in order to know his whereabouts turned out to be futile. His wife on his behalf issued an application of the writ habeas corpus in the supreme court to produce Bhim Singh in the court.

The application was admissible in court and it was held that the detention was unlawful and set the plaintiff free from the detention.

In the instant case plaintiff filed a suit of false imprisonment against a policeman who on misunderstanding the message prevented her to board the train and posted two policemen so that her car may not be taken from the railway compound. It was held

In the instant case a suspected house lifter was detained until the manager’s authority to prosecute was obtained. Later he was handed over to the police to be brought before the court. The court held that it was not a case of false imprisonment as the suspect was presented before the magistrate in a reasonable time.