This article is written by Anna Kallivayalil, student of (B.A. L.L.B. Hons.) NLU Delhi. In this article, she aims to explain the concept of substituting inheritance rights for a mutually beneficial deed in family settlement agreements.

A family settlement agreement (FSA) is largely used to settle disputes regarding the devolution of family property. Through such a settlement, the original heirs and beneficiaries mutually assign property rights among themselves. An FSA is usually used to curb the effects of a poorly drafted will, thereby standing as a cure for protracted family property disputes arising from a will or other testamentary instrument. It gives finality to disputes within the family and saves both the litigant family members and the civil courts time and valuable resources.

The process of reaching an acceptable settlement is, however, usually difficult, and is facilitated by a third person such as a lawyer or a senior family member. For a valid and effective settlement, all the parties to the settlement must be related to each other and must have an existing claim to a share of the property to be distributed. All members must sign the FSA, acknowledging that the agreement was not made by fraudulent or coercive means. An FSA can be oral or written, but it is advisable that the agreement is written and registered to avoid misunderstandings and confusion later on.

The aim of this article is primarily to understand family settlement agreements and how they can displace prevailing inheritance rights created by Hindu and Muslim personal law and Secular law. It analyses a variety of case laws which uphold the validity of FSAs, with the reasoning given by the courts for doing so. Lastly, it enlists the necessary requirements for an enforceable FSA.

Background: How are Inheritance Rights Created?

Inheritance rights of family members are created either by a will executed under the Indian Succession Act 1956 or the prevalent laws of testamentary succession under personal law.

Under Hindu law, devolution of property follows the doctrine of survivorship, where the surviving coparceners of a Mitakshara joint Hindu family get an equal share in the property of the deceased family member.

Muslim law does not have a codified statute for testamentary succession. Instead, the two sects of Islam follow two different methods of property distribution.

i) Per Capita Distribution

This mode of devolution is largely followed by Sunni Islam. This method is similar to the doctrine of survivorship; property is divided equally among all heirs of the deceased. Property allocated through per capita distribution does not differentiate between branches of the family.

When does the need for an FSA arise?

1. Testamentary Succession: Partition through Will

Nothing in the Hindu Succession Act 1956 or the Indian Succession Act 1925 restricts the persons to whom a testator may bequeath his/ her self-acquired or self-owned properties over which he/ she has full disposing power, though personal law restricts devolution of inherited ancestral property. Thus, inheritance rights of self-acquired property (or separate property under Hindu law) are ascribed by the intention of the person executing the will. Here, the method of distribution prescribed by the personal law of the deceased is irrelevant and superseded by the intention of the testator.

2. Intestate Succession: Partition without Will

When the holder of the property dies before preparing a will, his intention of how the property (ancestral or self-acquired) should be distributed is unknown. In such cases, the property distribution follows the law of inheritance applicable to the deceased.

When the holder of the property dies without leaving a comprehensive will, there creates much confusion among the heirs to the property. For instance, if the deceased having 4 heirs owned a single bungalow, by the doctrine of survivorship and per capita distribution, the bungalow should be divided equally among those 4 heirs. Since a bungalow cannot be practically divided among 4 persons, the heirs would end up in constant quarrels over the property.

In both cases, the heirs may decide to distribute the property in a mutually beneficial manner, departing from the original allocation of rights in the property. To cement this intention of the heirs, they prepare a family settlement agreement (FSA), a valid and enforceable document.

The issue arises when an FSA and a will or other partition deed prescribe different modes of the partition of the same family property. Logically speaking, a mutually prepared FSA should be of preponderance, considering that it involves the explicit consent of the family members, and is less likely to be contested. Yet, the issue is whether it can legally supersede existing inheritance rights.

Indian law does not provide an explicit statutory rule for family settlement agreements. Halsbury’s Laws of England, however, has defined a family agreement as: “An agreement between members of the same family, intended to be generally and reasonably for the benefit of the family either by compromising doubtful or disputed right or by preserving the peace and security of the family by avoiding litigation or by saving its honour.”

“The agreement may be implied from a long course of dealing, but it is more usual to embody or to effectuate the agreement in a deed to which the term “family agreement” is applied”.

Thus, English law defines an FSA as an agreement to divide property in a manner that is mutually beneficial to the heirs. Even without a similarly worded statute, Indian jurisprudence on FSAs is similar to the above-stated position of English law, as seen below.

The law relating to FSAs has been settled through a catena of court decisions, including several by the Apex court. The judiciary has taken a largely utilitarian view in upholding a validly prepared FSA, reasoning that it demonstrates the free consent of otherwise-feuding family members to the division of family property.

1. An FSA should be upheld to minimize judicial interference

The rationale behind the legal rule of upholding an FSA has been explained in the 1973 case of S. Shanmugam Pillai v. K. Shanmugam Pillai (see here). The Supreme Court observed: “If in the interest of the family properties or the family peace the close relations had settled their disputes amicably, this court will be reluctant to disturb the same. The courts generally lean in favour of family arrangements.” From here stemmed today’s understanding of upholding an FSA.

2. Courts are duty-bound to give effect to an FSA

The validity of a family settlement agreement was first upheld by the 1911 case of Khunni Lal v. Kunwar Gobind Krishna Narain (see here). In this case, the Privy Council placed a duty on the courts to uphold and give full effect to an arrangement regarded by the parties themselves.

3. An oral FSA is also valid

4. An FSA need not be compulsorily registered

The Supreme Court, in the 1966 case of Maturi Pullaiah v. Maturi Narasimhan (see here), held that an FSA, by its nature, is not a compulsorily registrable instrument, as it does not create rights in itself. It found that an FSA would only require registration if it creates any new interest in the family property. When the document itself materially alters legal rights of other heirs of the properties and creates new rights, it is compulsorily registrable under s. 17 of the Registration Act, as was held by the Supreme Court in the case of Sita Ram Bhama v. Ramavtar Bhama (see here). Since an FSA only reflects the pre-created interest in the property by the family members, it would be valid even if unregistered.

Therefore, even an oral, unregistered FSA can supersede existing inheritance rights. The Supreme Court has time and again favoured such family arrangements, and have been eager to uphold its validity to the exclusion of other instruments creating inheritance rights in the disputed property. Technical and trivial discrepancies should be overlooked to facilitate a mutually agreeable instrument (see here). The law has largely favoured family agreements that encourage amicable family property distribution, avoiding any future disputes.

5. A bona fide FSA is binding on the parties

In conjunction with the judicial pronouncements on FSAs, the present understanding is that a bona fide family arrangement which is fair and equitable is final and binding on the parties to the settlement. (see here).

6. Parties must create a separate instrument for partition and transfer of the property

An FSA does not govern the transfer of property. It is merely an instrument assigning property rights, the mutation of which must be effectuated by a separately registered transfer deed. An FSA only assigns the rights to the signatory family members. To realise their right in the family property, they must execute separate instruments demonstrating their intention to transfer the property.

A Checklist for a valid FSA

The settlement should be made with the aim of resolving family property disputes and rival claims by a fair and equitable division or allotment of properties between the various members of the family. This rule was given by the Supreme Court in the 1976 case of Kale v. Dty. Director of Consolidation (see here).

The settlement must be voluntary and should not be induced by fraud, coercion or undue influence. This condition was also given in the 1976 Supreme Court decision.

3. The relation between the parties

Though it is not necessary that the parties to the FSA must have a common ancestor or be legal heirs, the settlement must be among near relations to be considered as a “family arrangement”.

This rule was first given by the Privy Council in the case of Ramgouda Annagouda v. Bhausaheb (see here). It was later upheld and applied by the Supreme Court in 1965 (see here), 1971 (see here) and 1973 (see here).

An FSA assumes that there is an antecedent title of some sort in the parties; the agreement acknowledges and defines what such title is, each party relinquishing all existing claims and titles in favour of those created by the arrangement. This was the main reason for upholding the family arrangement in the case of Sahu Madho Das v. Pandit Mukand Ram (see here).

Family arrangements are governed by a special equity peculiar to themselves and will be enforced if honestly made, even to the dissolution of existing inheritance rights.

To avoid confusion and disputes later, parties to the FSA must expressly state their intention that the agreement would supersede a will. This shows the intention of the family members to surrender their existing rights to the property.

The underlying idea, from the above analysis, is that the courts should try to resolve family disputes as amicably as possible, with minimum court intervention. Therefore, when the parties themselves have together prepared a document clearly dividing the property amongst themselves, the courts should not hesitate to uphold this over any other document creating title, be it a will or any other instrument of testamentary succession. Technicalities such as the requirement of the written document only, registration, etc. should be avoided so as to facilitate smooth assignment of family property rights to the parties.

Thus, it can be seen that a family settlement agreement can, in fact, displace and supersede inheritance rights of the parties. 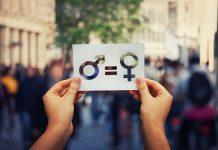 Tracing the history of coparcenary rights of daughters up to the recent verdict in Vineeta Sharma vs. Rakesh Sharma