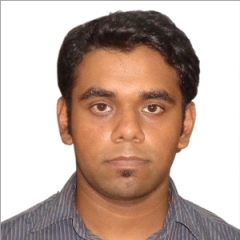 This article is written by Rajeev Awasthi, pursuing a Diploma in M & A, Institutional Finance and Investment laws (PE and VC transactions) from LawSikho.

Foreign Direct Investment (FDI) plays a pivotal role in the economic growth of any economy. FDI in India is governed in accordance with the FDI policy and norms as laid out and amended from time to time by the Government of India. Furthermore, FDI in India is also governed by the Master circular on foreign investments issued by the Reserve Bank of India and Foreign Exchange Management (Transfer or Issue of security by any person residing outside India) Regulations, 2017 (TISPRO). The ‘Consolidated FDI Policy Circular’ is issued annually by the Department of Industrial Policy and Promotion (DIPP) of the Ministry of Commerce and Industry which elaborates the policies and processes with respect to FDI in India. FDI is a key component in global economic integration. It is a form of cross border investment with the objective of establishing a lasting interest in a resident enterprise based in one country by an enterprise operating in another country. FDIs can be achieved by one of two strategies, Greenfield Investment, where the factories and plants are set-up from the ground up eg. McDonald’s and Starbucks or, Brownfield Investment, where cross border mergers and acquisitions are part of the strategy instead of setting up factories and plants acquiring a foreign enterprise in the country of interest eg. When Tata Motors acquired Land Rover and Jaguar from Ford in 2010.

Initially, FDI was allowed in real estate only through NRIs or overseas corporate bodies. In 2005, 100% FDI was opened in certain sectors with specific terms and conditions, vide an RBI issued the notification. The sectors where 100% FDI was opened were housing, township, construction development project sector and built-up infrastructure. The conditions that were laid out were pertaining to certain minimum area, minimum capitalization and lock-in period for repatriation etc.

Citing through an article published in Khaleej Times on December 17, 2005 (link to article) the Emaar-MGF Land Private Limited, a joint venture company formed by Emaar Properties PJSC the world’s biggest listed real estate company, and MGF Developments Limited of India announced India’s largest Foreign Direct Investment (FDI) in real estate summing to over half a billion dollars for projects with a capital outlay of $4 billion (Rs 18,000 crore). The projects were planned for Delhi, Andhra Pradesh, Karnataka, Tamil Nadu and Maharashtra. At the outset of inaugurating the India office of Emaar-MGF JV at New Delhi the plan was to build in communities which included residential plots, townhouses and villas along with shopping spaces, landscaped gardens, civic facilities and amenities, international standard offices and IT parks which in turn will give a fillip to industry, business and IT in the State.

Before we jump into which rules were violated by the Emaar – MGF JV, it is imperative for us to understand what rules have been laid out for FDI in Real Estate sector by the RBI guidelines listed below vide Notification No. FEMA 20(R)/2017-RB (link to the notification)

Can a foreign company invest in the Real Estate Sector in India?

Furthermore, 100% FDI is allowed through automatic route for any construction development project (which would include development of townships, construction of residential/ commercial premises, roads or bridges, hotels, resorts, hospitals, educational institutions, recreational facilities, city and regional level infrastructure and townships)

FDI in real estate is subject to certain conditions in India:

The minimum area to be constructed under each project would be as under:

– No minimum land requirement in case of development of serviced housing plots.

– A minimum floor area of 20,000 square metres in case of construction development projects.

– Minimum FDI of USD 5 million within six months of commencement of the project.

– The commencement of the project will be the date of approval of the building plan/layout plan by the relevant statutory authority.

The investor is only permitted to exit on completion of the project or after the development of trunk infrastructure i.e. roads, water supply, street lighting, drainage and sewerage.

The project shall conform to the norms and standards, including land use requirements and provision of community amenities and common facilities, as laid down in the applicable building control regulations, bye-laws, rules and other regulations of the state government/municipal/local body concerned.

The Indian investee company will be permitted to sell developed plots only. For the purposes

of this policy, developed plots will mean plots where trunk infrastructure, including roads, water supply, street lighting, drainage and sewerage, has been made available.

The Indian investee company shall be responsible for obtaining necessary approvals including those of building/layout plans, developing internal and peripheral areas and other infrastructure facilities, payment of development, external development and other charges, and complying with all other requirements prescribed under applicable rules, bye-laws and regulations of the state government/municipal/local body concerned.

The concerned state government/municipal/local body that approves the building/development plans will monitor compliance of the above-mentioned conditions by the developer.

What does the conditions laid down under the FDI rules for investment in Real Estate Business have in store for the Emaar Group case?

Now that we have seen what permissible and non-permissible activities are for FDI in Real Estate sector, let us tie it back with the Emaar – MGF JV’s business activity in between 2003 to 2013. The Enforcement Directorate served a show cause notice to the Emaar MGF JV in late May 2013 for alleged breach of the Foreign Exchange Management Act (FEMA) worth about Rs.8,600 crore (around USD 1.51 bn) over the past eight years by false representation on the utilization of FDI.

The FDI scheme facility is provided to the Indian companies by RBI under an automatic route to receive funds from abroad for a number of business activities which includes construction and development projects. The companies which receive these funds have to disclose the purpose — from the list of permissible activities listed by RBI which has been discussed above — for which purpose the FDI had been received. As per the allegations, the Emaar company which received funds from its four subsidiaries from Dubai, Cyprus, Mauritius and other foreign countries under the FDI scheme produced false information about the use of those funds as it confirmed that the funds were used in the construction project but it allegedly utilized the overseas funds in the purchase of agricultural land and other plots in India. India’s foreign investment rules allow real estate developers to raise money overseas and invest it in construction and development of property in the country. They are not permitted to buy agricultural land with the funds. This use of overseas funds was not disclosed to the RBI nor was it permitted under the FDI scheme.

The ED found Emaar MGF and its four subsidiaries guilty of contravention of Section 6(3)(b) of the FEMA Act, for a total amount of about Rs.8,600 crore. Citing a report published in Livemint (full report here) the JV between Emaar and MGF broke the central bank’s foreign investment rules by utilising foreign funds to buy farmlands (prohibited under the RBI guidelines for investment by foreign nationals) since April 2005. The prohibition of utilizing such funds to purchase farmlands as per the RBI directive is based on the fact that the government wants to prevent speculative purchases at arbitrary rates from poor farmers.

The modus operandi adopted by the Emaar MGF JV was similar to that adopted by Walmart for diverting FDI money to retail sector via various subsidiaries as discussed above. The investigations and raids conducted by ED revealed that almost 70% of the JV’s land bank was agricultural land. Close to 8,500 acres of land out of over 12,000 acres with the company, was found to be agricultural land, most of which is allegedly purchased with  FDI money. The firm was also alleged to have floated over 300 companies as subsidiaries in India and abroad with several of its Iowgrade employees listed as directors only on papers. Some of these companies were allegedly used to divert FDI into agricultural land purchased around Delhi, Haryana, Punjab and Uttar Pradesh.

It is also worth mentioning here that with the changes in the FDI policy there are meagre chances that this will ease any trouble for the Emaar MGF JV which was slapped a fine of 8,500 crore INR for violation of RBI norms. DIPP, which had sent the revised changes on FDI in Construction Development to the Cabinet for its consideration, had recommended that the changes in rules pertaining to acquisition of agricultural land be prospective in nature. However, the decision would be taken by the Finance Ministry if these rules would be retrospective or prospective in nature. That said, with the new changes in FDI policy a company owned and controlled by an Indian having FDI will be allowed to directly buy agricultural lands from farmers. However, it would have to sign an MoU confirming that it will convert the land use from agricultural to non-agricultural at a later date.

Through the introduction of the Real Estate (Regulation and Development) Act, 2016, and the TISPRO Amendment, the real estate broking services sector is expected to become more organised and receive a boost through the flow of foreign direct investments. The real estate industry has had differing interpretations and views about the status of real-estate broking service. The clarification and subsequent change in FDI Policy will provide much-needed clarity to the players in the real estate industry. The existing norms have been eased and rationalised to simplify the complicated FDI  process.

According to the DIPP press note:

There are certain challenges as well which need to be addressed for getting this sector booming:

Disclaimer: The views presented by the author are his personal views and do not in any way represent the views of the organization he is associated with.