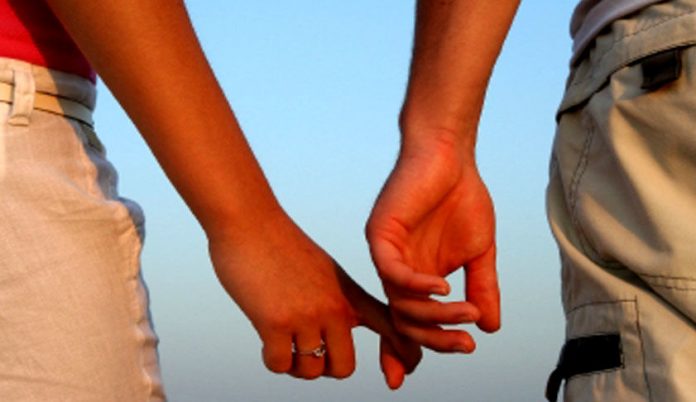 This article is written by Sharad Panwar, from National Law University, Jodhpur and Avani Gangola.

A couple of years ago, after a fourteen year-long live-in relationship, Ramesh Gope and Manonit Kerketta decided to finally get married. In the tribal societies of Jharkhand called “Dhuku” marriage, a woman and man can get into a live-in relationship without marrying. In this context, this article will shed opinions on the practice of life in relationships along with its various dimensions.

India is a country known for its vivid cultures, traditions, rituals and customs. Few indigenous customs support live-in relationships whereas mostly don’t. These are more often than not inherited from one’s predecessor and run through families for generations. Hardly any of the members question these rituals and traditions and when someone does, they have to face the backlash from the family as well as the society.

The term ‘Live-in’ is new to the Indian society but its genesis can be traced back to ancient times. Vedas have talked about eight forms of marriages, one of them being Gandharava Vivaah. This type of arrangement is based on mutual consent and does not involve rituals. Couples were allowed to live together before the solemnization of their marriage.

On the other hand, live-in relationships are catching temporal popularity among the youth, where couples are choosing live-in relationships for many different reasons. Some find it suitable to check the compatibility of potential life partner, some find it as an escape from the institution of marriage and and in the case of the homosexual community, it is a way to cohabit together when the law fails to grant sanctity to such relationships.

High Courts across the country have taken two approaches. First approach has put the right to life and liberty under Article 21 of the couples at higher pedestal and the second approach has emphasised on morality and social values over the right to life and liberty. The apex court sides with the former one. The Supreme Court’s stance on the issue is best expressed in the case of S.Khushboo v. Kanniammal, (2010) where it was held that live-in relationship is permissible and the act of two adults living together cannot be considered illegal or unlawful.

On the 11th of May the P&H High Court refused to grant protection to a couple. Justice H.S Madaan observed:

“As a matter of fact, the petitioners in the garb of filing the present petition are seeking seal of approval on their live-in-relationship, which is morally and socially not acceptable and no protection order in the petition can be passed.“

Further, in yet another order on 12th May, 2021 the Punjab & Haryana high court denied the request of protection to a couple residing together in a live-in relationship. The court observed, “if such protection as claimed is granted, the entire social fabric of the society would get disturbed.”

The Punjab and Haryana High court has taken contrary views on the subject of protection to the live-in couples. On May 17 a single judge bench of Justice Jasgurpreet singh Puri stated that the validity of the marriage cannot be a ground for denial of protection. In another judgment on 18 May the P&H high court held that:

“The concept of a live-in relationship may not be acceptable to all, but it cannot be said that such a relationship is an illegal one or that living together without the sanctity of marriage constitutes an offence.”

The court went on to cite the case of Shakti Vahini v. Union of India and others, 2018 where it was held by the Apex Court that liberty includes the ability to choose. The court went on to mention the unaccepted practice of honour killings prevalent in Northern India and stated that an individual who is majore, is free to choose his/her partner and the family of such individual has no right to object or cause hindrance to their peaceful existence. It is the duty of the State to grant protection to such individuals as it would be travesty of justice if protection is denied and such persons have to suffer at the hands of persons from whom the protection is sought. The court observed that to deny persons protection without having been married would be a failure of duty on the part of the court to provide right to life and liberty as enshrined under Article 21 of the constitution.

The P&H High Court has shown some active interest in cleaning the position of law. The High Court has referred the matter to a larger bench and framed two questions:

According to the author the answer to the first question should be negative and this would go a long way in shaping our society. Additionally, the court’s observations [e.g. social fabric will get disturebed] should be discouraged. The court’s reasoning that the social fabric would get disturbed is faulty. Going by this reasoning the Sati practice, the Dowry practice and the Triple talaq should not have been prohibited as they were socially acceptable and banning them would have ‘disturbed the social fabric’.

The socially acceptable practices may not always be on the right side of the law. As the time changes the society also needs to change and adapt new practices. In olden times women were not allowed to hear or read vedas but with passage of time the position of women have changed, the sati practice which was once considered a courageous and heroic act was prohibited, widow remarriage once considered as sin was allowed later, dowry was part of the marriage ceremony and a common practice but prohibition were placed, numerous other traditions and customs which were at a point of time socially and morally acceptable by the society had to be changed as these did not conformed to the rights of the individuals. The judiciary is required to uphold the rights of the citizens. By denying couples residing in live-in relationships protection, the court is not fulfilling its duty.

The courts in the past and also recently has allowed protection to runaway couples, even though they were not married and were in a live-in relationship, and in cases where the marriage was invalid. The apex court has interpreted legislation in a wider and correct sense and has granted women the right to maintenance from a live-in relationship and protection under Domestic Violence act 2005. Judiciary should not deviate from the route it has taken and give a broader view to this issue and put the right to life and liberty of individuals on higher footing as ruling otherwise can be detrimental to the lives of inter-caste, inter-religion, homosexual and any couple that goes against the will of the family to choose the partner of their choice.