This article is written by Hricha gandhi.

“In an economy such as India where a significant portion of population is of working class of national and international workers, wages should be the paramount incentive given to the workers to keep it as a consistent input factor unit in the integral and progressive growth of the country.”- Ficus Pax, Interim order, 12 th June 2020.

The fifth-largest economy in the world having only 137 Billionaires is an astonishing figure but a harsh reality. In a country like India, where wealth is in the hands of a few, and the economic inequality prevails, the rich get richer and, the poor get poorer, the pandemic has added fuel to the fire. The Constitution of India places a duty upon the state to direct its policy to secure the right to an adequate means of livelihood and living wages.

Labour laws play a pertinent role in securing the implementation of the Directive Principles of State Policy under Part IV of the Constitution. Some states have proposed the suspension of specific labour laws to give a fillip to their respective economies and attract investments in the state. The ordinances, in essence, aimed at suspending provisions of Industrial Disputes Act, 1947, wherein the industrial registration would be expedited, and the employers would be able to employ the workers at their convenience.

The President, however, has rejected the ordinances by Madhya Pradesh, Uttar Pradesh and Gujarat. The issue at hand is whether is it reasonable to put the interests of workers at peril to expand the economy, keeping in mind the intention behind including DPSPs in the Constitution.

The apex court has time and again reiterated that minimum wages are not an incentive but an essential requirement and that an employer unable to pay the minimum wages must not operate the establishment. The court in Ficus Pax case (2020) said that right to wages is a pre-existing right which flows inter alia from the contract of employment as well as broader constitutional and statutory scheme flowing from Article 14 and 21 of the Constitution and encompassing Payment of wages Act, Minimum Wages Act, The Contract Labour (Regulation and Abolition) Act, and the Industrial Disputes Act, 1947.

The business houses often ignore this and argue that the minimal development in the conditions of workers is enough. They even imply that the workers ought to be grateful for this slight betterment and portray it as the success of the prevailing unequal economic system. After 1991, we can witness a massive transition country’s economic ideology, and hence, equity is not high on the list. But the truth is that the economy is for the betterment of people, and people are the primary source to facilitate the growth in the economy. Therefore, the minimum wages, which act as a direct incentive for the workers, should never be compromised as this acts as leverage for the workers to perform continuously and effectively.

The Code of Wages, 2019 (hereinafter as “Act, 2019”) laid out minimum wages to be fixed by the appropriate government for the labours in both the formal and informal sectors, Section 6 of the Act, 2019, encompasses fair wage criteria to determine the minimum wages which are based on the evidence-based report of the Expert Committee set up in January 2019. But, the Act, 2019, gives both the State and Central Government power to amend laws regionally in accordance with the circumstances, thus has given a vast and unfettered power to states to amend or to suspend the laws in this pandemic situation.

The order dated 29th March 2020, mandating the employers to pay the wages to their workers without any deduction during the period of lockdown has created hue and cry among the employers. Multiple litigations have been filed against the order stating that the notifications are arbitrary, illegal, irrational, unreasonable, and contrary to the principles of Equal work Equal Pay and No work No pay, provisions of law including Article 14, Article 19(1) (g), etc. In furtherance of the same, the Supreme Court passed an order on 12 th June 2020, suggesting that the employees and employers unions initiate negotiation process because many employers during the lockdown were not earning enough to give wages to the workers. Also, in one of the petitions, whither the Supreme Court recognized, stated that the industry is ready to pay 50% wages during the lockdown period, hence making it a fair deal for both the parties.

Considering the crisis through which the economy is floundering, the Supreme court must consider the fact that MSMEs mostly hires contract labours through contractors, which creates a vast difference between actual wages and the wages given to the workers. Further, the court shall also consider the rate of wages for overtime work according to the mandate. Further, the criteria to decide the National floor rate of wages as prescribed in the report and in the Supreme Court guidelines of 1992 have been verily adopted by the Act as prescribed in Section 6 of the Act. Hence, this shows how the evidence based study of the report to determine the methodology for fixing the NMW has played a significant role in the industry as this will help in reducing the exploitation of the labour and will make them work with more efficacy, ultimately helping the economy to grow rapidly.

Furthermore, in the post lockdown situation where termination is escalating, the government is trying to secure the job security and minimum wages through the COVID 19 temporary Employer-Employee Relief Scheme and other measures. Still, the implementation of the same should be in the manner to reduce economic inequality as life is more important than the livelihood of handfuls of people. 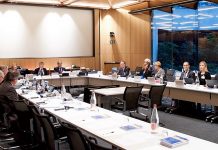 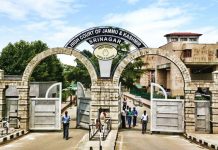 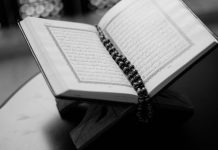