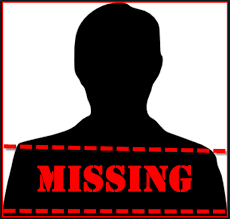 This article is written by Shristi Borthakur, of Symbiosis Law School, NOIDA, where she discusses the procedure to report a missing person and the various laws and guidelines relating to filing a missing person report.

The filing of a missing person’s report starts off with the same procedure and technicalities as that of any other offense/ information. The initial method of reporting a missing person may be by a phone call to the police station, by way of communicating on the 24-hour helpline number, or by going in person to the police station to complain. The most common apprehension that people harbor in this context, fueled by pop culture, is that there needs to be a mandatory waiting period for 24-hours or 48-hours before approaching the police to file the case. There is no such requirement, and a person can contact the police if he/ she has reasonable apprehension regarding the possibility of someone being missing, or serious concerns about their safety and do not possess any idea about their whereabouts. The police may, however, ask you to make another attempt to search that person at home or nearby, before filing a formal complaint. Otherwise, the police cannot refuse to file a complaint if the statements made appear to be genuine. Concerning the mode of complaint used, the police may duly file the complaint and begin with the necessary investigation process.

How to file a missing person report

Here it is necessary to understand the difference between FIR and a general police complaint. The reason behind a person missing may not always be of a criminal nature. An FIR is a serious registration related only to cognizable (criminal) offense, while other police complaints do not necessarily need to follow this norm. A police complaint thus can be both related to a cognizable or non-cognizable offense. As mentioned earlier, it is possible that a lost person may be so even on his/her own accord, while on the other hand there may be accidental or other criminal reasons, such as kidnapping or abduction, behind a lost person. Taking these factors into consideration, it is common to see that the police generally show a lack of interest in filing an FIR when a case of missing person is reported. Even though this discretion is well-grounded, there can be no denying that this leads to certain difficulties during later stages.

What are the particulars to be followed in a missing person report?

What is the next step after a missing person report is filed?

Once the complaint has been registered, the police goes ahead with tracking down the missing person, taking reliance on the network of counterparts, which is a slow process. To ensure that the matter is taken up effectively, there is a secondary remedy that is available to the person filing a missing person complaint. This is commonly by way of RTI.

Use the link to help understand the scope of RTI and how to file one.

Thus, the procedure for filing a missing person’s complaint can be summed up in the following steps-

Is there any separate provision for dealing with missing children?

The need for giving special importance to cases of missing children was felt in the light of the grave incidents of the Nithari Case, which brought about a deep concern regarding the manner in which children had gone missing from the Nithari Village, in NOIDA, UP. “It sparked off nationwide indignation on the abuse to which the victims were subjected and gross violations of their human rights. In order to put an end to the callous attitude and insecurity, which regard to the protection of children and also to prevent more lives from being lost in similar crimes, the National Human Rights constituted a Committee on February 12, 2007, to look into the issue of missing children in depth. The Committee was to examine the problem of missing children and bring this issue to the forefront as a National Priority. The Commission felt that missing children remains a neglected, low-priority intervention area for everyone other than those who have lost their children. The Committee was also assigned the task to evolve simple and practical guidelines so that the Commission can come up with appropriate recommendations.” The efforts of this Committee was, to begin with, deal with cases of missing children as a “priority issue” and an important issue while dealing with human rights. Based on the recommendation of this Committee, certain new procedures in the investigation of missing persons were suggested. The recommendations are as follows-

Is there any guideline laid down on the filing of missing person report?

In the case of Horilal v. Commissioner of Police, Delhi, and Ors, the following guidelines were laid down for kidnapped minors, especially girls, which was binding on Investigating Officers in all states.

Thereafter the investigation officer/agency shall:

It also adds on to the duties of IO in metropolitan areas, to conduct immediate verification of red light areas, rescue any minor girl found therein, as per the procedure laid down in the Juvenile Justice (Care and Protection of Children) Act.

What are the other reforms/policies that have been taken up by the government?

Delhi Police Orders for Registration of all missing cases as FIR

Another recent development regarding cases of missing children can be understood through the judgment in the case of Bachpan Bachao Andolan Vs. Union of India & Ors, which has been developed by the Ministry of Women and Children.

Read the judgment of the said case to understand better.

Apart from a police complaint, what other measures can you take to track a missing person?

Filing a police complaint is the formal step you take when someone goes missing, and wait for the police to do their jobs. This doesn’t mean that there is nothing else you can do to track such missing person.

Print media continues to be an immensely popular source of information for people around the world. It is also accessible by most. You can publish an advertisement in a local newspaper about such person mentioning his particulars and identification marks, along with his/her photograph.

Use of social media, radio

Apart from newspapers, social media platforms and radio can also be useful to find such person. Draft an effective message that will help reach people at large, and in return can help your case.

A public notice is issued by a government agency or legislative body for certain proceeding. When a missing person complaint is filed, the police also issue a public notice in the newspaper, and other platforms depending on the gravity of the case. Also, another option is available to you, on a larger platform. When a loved one goes missing, you can enter his/ her information on a tracking platform known as missingpeopleinfo.com. If someone comes across such person anywhere, they can post their information on the said website, and action will be taken accordingly.