This article is written by Kavya Vijay, pursuing a Certificate Course in Advanced Corporate Taxation from LawSikho.com. Here she discusses “Five benchmark rulings by Authority for Advance Rulings”.

Facts- GTB Invest ASA has entered into an agreement with Spectrum ASA with the intention of hiring a vessel. It withheld taxes under section 195 of the Income Tax Act, 191 on the payments to be made by the said entity. The entity filed its return of income for the financial year 2009-2010. After having flung it, the applicant filed for the instant application before AAR raising the questions relating to TDS in respect of payments in question.

Held-  “It was contended that the object of an Advance Ruling is to cut short the delay in dispute resolution as regards applicants who are eligible to apply, the bar enacted by the proviso to section 245R(2) of the Act must be strictly construed. It is also pointed out that the purpose is to attract foreign investment and keeping that in view, no applicant should be turned away by interpreting the proviso too widely and restricting the jurisdiction of this Authority. It is also submitted that a restriction on a jurisdiction conferred, should be construed strictly and jurisdiction ought not to be declined unless the case comes strictly within any one of the clauses in the proviso. It is argued as a Corollary that what is barred by clause (i) of the proviso is a case where the question raised in the application is already pending before any Income-tax Authority, Tribunal or Court and the filing of a return of income does not result in a ‘question’ pending before the Income-tax authority. It is contended that unless the question has pointedly been raised by the Income-tax Officer, the question would not arise. The Assessing Officer may not raise the question at all or the assessee may have no occasion to raise it while the assessment is being completed and hence the question cannot be said to arise merely on the filing of a return. Therefore, on the filing of a return, the bar would not be attracted.”

Facts- The applicant, a foreign company, (Aircom International) entered into a Management Service Agreement (MSA) with Aircom India to provide various MSS to downsize and standardize the business conducted by Aircom India in India in accordance with the international practices. It filed an application before the Authority for Advance Ruling to seek a ruling on the issue as to whether payments being made by Aircom International for the services will be characterized as ‘fees for technical services’ (FTS) or as royalty; under article 13.

Facts- The applicant, a company registered in the UAE, is engaged in the business of developing and investing in the infrastructure and real estate sector. The applicant intends to invest in an entity, a 100% subsidiary company in India under the established FDI regulations. This Indian subsidiary company of the applicant intends to setup consortium by way of partnership firm under the Partnership Act, 1932 with another Indian Company namely, MEP Infra Private Limited (MEPPL). This consortium (partnership firm) proposes to acquire the undertaking of MEP Infra Private Limited, entered into with the Maharashtra State Road Development Corporation, a Corporation (MSRDC) owned by the Government of Maharashtra (‘Undertaking’). The said undertaking comprises of various bridges constructed within Mumbai and the last bridge was completed on 30th September 2006. The operating of toll roads referred to above was started by MSRD from dates prior to awarding a contract for operating and maintenance to MEPPL by the state Government of Maharashtra. MEPPL was awarded the said contract with effect from 19th November 2010 for a period of 16 years. The present Undertaking is eligible for the tax deduction of 100% of its profits and gains from such undertaking for a period of 10 consecutive assessment years out of the 20 assessment years as per provisions of Section 80IA(4)(i) of Income-tax Act, 1961. MSRDC and MEPPL have not claimed any income tax benefit under the said section.

Held- “There is no transaction or proposed transaction with the Indian companies mentioned in the question. At the time of hearing the learned counsel for the applicant argued that the language employed in sub-clause (i) of section 245N(a) is wider in scope in contrast with the language employed in sub-clause (ii) in as much as there is no specific requirement in sub-clause (i) that determination should relate to the tax liability of a non-resident. In order to bring in the question within the scope of section 245N of the Act, there has to be either a transaction undertaken or proposed transaction to be undertaken by the non-resident applicant. This is not the case in the present application. “Transaction” or “proposed transaction” is not the same as mere intention. In this case the applicant intends to invest in a 100 per cent subsidiary company in India which in turn intends to set up a consortium by way of partnership firm with the Indian company and the partnership firm propose to acquire the undertaking of the Indian company which is stated to be eligible for deduction u/s 80IA of the Income-tax Act, 1961. The Authority was of the view that the 100 per cent subsidiary company has to exist in reality and the partnership firm has to be set up in order to make a transaction or proposed transaction of the applicant with the Indian company/subsidiary. Hence, the application was not admitted and consequently rejected as incompetent.”3

Held- “So far as reliance on the Hand Book on Advance Ruling is concerned, this Hand Book itself says that it should not be construed as an exhaustive statement of law. Even otherwise, what is stated in the Hand Book cannot control the rendering of a decision with reference to the relevant provisions. It nowhere states that on a return being filed, the question cannot be said to be pending. What was referred to was an issuance of a notice under section 142(1). Section 142 itself covers three different situations and one of them is to call upon a person to file a return of income if he had not filed a return within the time allowed under section 139(1). The observations relied on, even if understood as a correct reflection of the legal position, it is confined to a situation where a notice is issued calling upon the applicant to file a return. It does not deal with a situation where a return has been filed. The applicant also submitted that it has not shown the income in respect of which the ruling is sought for in return and unless the Assessing Officer conducts a roving inquiry, he would not be able to discover the arising of any such income or the question that is now involved in the application before this authority. This is countered on behalf of the revenue by pointing out that on an application made in connection with this payment under section 197(2), an order was made directing the withholding of tax in terms of section 195 and there was no need for going in for any roving inquiry. Apparently, without claiming that the particular income is not taxable, the applicant could not have an assessment of the income for the relevant year completed under the Act. If that be so, it cannot be said that the question raised before the authority is not a question pending before the Assessing Officer in respect of the return already filed by the applicant. Therefore, the authority had not committed any mistake in refusing to entertain the application made by the applicant under section 245Q on the facts and in the circumstances of the case”.

Facts- Applicant was a company incorporated in Mauritius with a valid Tax Residency Certificate granted by Mauritius tax authorities. It was set-up to invest in ‘S’ sector in India – For the purpose to achieve said objective, the applicant invested in shares of an Indian company through banking channels and FIRC was also obtained from RBI showing that remittances were for acquisition of shares. Subsequently, as a part of the reorganization, which indicated a long-term business and commercial purpose, shares owned by the applicant in Indian company were transferred to another group company located in Singapore.

Held- “The applicant would be entitled to the benefits of the agreement between the Government of Mauritius and the Government of the Republic of India for the avoidance of double taxation and the prevention of fiscal evasion, and the income and capital gains arising to the applicant from the proposed sale of shares in ‘AB’ International to a group company in Singapore would not be liable to tax in India in terms of article 13 of the said Treaty. And that there will be no obligation to withhold tax under section 195 of the Act. The transfer pricing provisions contained in sections 92 to 92F of the Act would apply to the proposed transaction. And that the provisions of section 115JB shall not be applicable.” 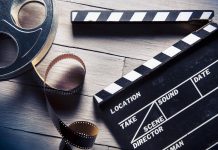