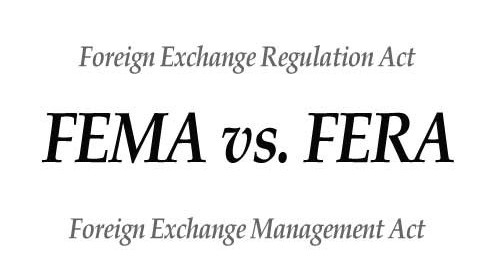 In this blog post, Anumeha Saxena, who is currently pursuing a Diploma in Entrepreneurship Administration and Business Laws from NUJS, Kolkata, explains the differences between the Foreign Exchange Regulation Act, 1973 and the Foreign Exchange Management Act, 1999 in terms of Foreign Direct Investment. 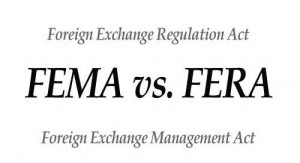 The Foreign Exchange Regulation Act, 1973 (hereinafter FERA) came into force in 1974 and aimed to regulate all Indian exchanges and transactions with foreign countries. It is important to note that at the time of enactment of the legislation, India faced a dearth of foreign exchange. When the government tried to conserve it further with stringent rules, the import and export were gravely affected. Criminal instead of civil penalties, broad powers being vested on the Enforcement Directorate to arrest any person, seize documents, control over all matters pertinent to foreign exchange etc., led to reduced transactions in foreign exchange and securities.

The Foreign Exchange Management Act (hereinafter FEMA), 1999 developed as a panacea to the then existing regulatory regime. While the FERA intended to regulate, FEMA seeks to manage the forex.

Admittedly, both the FERA and the FEMA asserted the role of the Reserve Bank of India and the Central Government as regulators. Further, the presumption of extra-territorial jurisdiction as provided in Section 1 has also been encapsulated in the FEMA. The provisions of both are applicable to the whole of India. However, there are two exceptions:

Additionally, the Directorate of Enforcement enforces the provisions relating to search and seizure etc. under Section 37, FEMA and it enjoyed similar powers under the FERA too.

Differences in the legislations

However, FEMA has numerous substantial variations over the FERA, which have been enumerated and elaborated below. In order to ease imports and exports, the FEMA is a far simpler legislation comprising of just 49 Sections in contrast with the 81 provisions which were present in the FERA.

Further, the presumption of intention and abatement present in a reverse onus clause in the FERA when a person is found to be in possession of forex above the permitted amount have not been replicated in the FEMA. Under the FEMA, the RBI has a controlling role in management of foreign exchange. As it is not possible for RBI to directly handle forex transactions, it directs authorized persons to manage the same as per the directions issued by the RBI.[1] RBI is empowered to give directions as per Section 11 of the FEMA and the same are circulated through the AP (DIR) circulars wherein AP stands for Authorized Person and DIR Denotes Directions. The definition of an authorized person had a narrow scope and the same has been altered in the new legislation to include banks, money changers, offshore banking units in Section 2(c), FEMA. The delineation of powers enjoyed by such authorized persons is provided in Section 10, FEMA.

The FERA which was criticized for its stringent penalty provisions faced a complete alteration. Any offence under the legislation was a criminal one, which was punishable with imprisonment as provided under the Code of Criminal Procedure, 1973. Under the aegis of the FEMA, offence is considered civil and is accompanied with the payment of a sum as a penalty as provided under Section 13 of the FEMA. Provision of imprisonment becomes operative only when one has failed to pay the requisite penalty. The nature of such imprisonment is civil and not criminal and it operates when the penalty has not been paid by the contravening party 90 days after the date to pay the penalty becomes due, as per Section 14 of the Act. Further compounding of offences, not provided under the FERA forms a part in FEMA as given in Section 15 of the Act and the Enforcement Directorate possesses the power to do so. 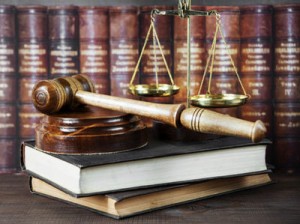 There has been a change in the authority which hears the appeals. The appeal against the order of the Adjudicating Officer went before the Foreign Exchange Regulation Appellate Board and further on to the High Court. Under the FEMA, the appellate authority is the special Director (Appeals). Appeal against the order of the adjudicating authorities as well as the special Director (Appeals) is before the Appellate Tribunal for Foreign Exchange, and from there the appeal would be before the High Court.

On a relatively minor point, the FERA did not have an express provision which focused on the right of an impleaded person to avail of legal assistance. However, as per Section 32, FEMA, right of an appellant to be assisted by a legal practitioner or chartered accountant, is recognized.

The FERA is often criticized for its conferral of wide powers on police officer, not below the rank of a Deputy Superintendent of Police to search and seize, but the same has been reduced in the FEMA.

The FERA generally permitted returning Non Resident Indians to hold their investments and assets outside India under various notifications; hence, they could deal with these assets in the manner they considered appropriate after they became resident. This was subject to the fulfilment of the conditions that the assets be acquired legitimately, without violation of the provisions of FERA while the person was resident abroad and the returning NRI has stayed outside India for at least one year continuously. This condition of one year’s continuous residence is not present in the FEMA. Further, Section 6(4) does not mention re-investment of income or sale proceeds of assets abroad after the person becomes the resident of India, which was explicitly mentioned under the FERA. Since there exists a requirement to surrender foreign exchange which represents the income on assets held outside India, all such income and sale proceeds have to be deposited with the authorized person within seven days of their receipt. In this regard, the FERA appears to have been more lenient than the FEMA.

While the change of regime from FERA to FEMA has narrowed the application in some instances and broadened in some others, it is important to note that the restrictions on the drawal of forex for carrying out a current account transaction stands removed. It is subject to the condition that the Central Government may, in public interest and in consultation with the RBI, impose such reasonable restrictions for these transactions as may be prescribed. Further, the FEMA has deleted the hurdles on transactions in forex relating to trade in goods and services except for those enabling provisions which permit the Central Government to impose reasonable restrictions in public interest.