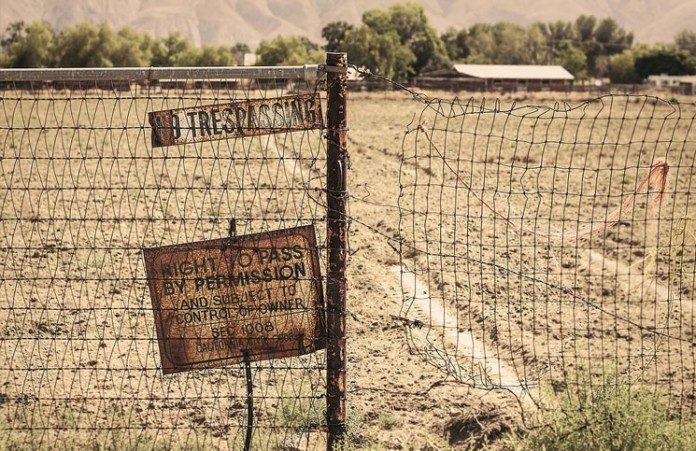 This Article is written by Adarsh Singh Thakur, 3rd-year student, Indore Institute of Law. He discusses the concept of foreign tort and its various aspects. Every Country has its own laws which are made to regulate the conduct of the people who live in such countries. For e.g., in India, the laws which govern Indian citizens are Indian laws and thus the laws of other countries like that of England or China will not be binding on Indians and such laws can only be referred to when there is a question of law on which the Indian law is silent.

Usually, whenever a tort is committed, the plaintiff files a suit in the Courts for claiming damages or other remedies for his loss against the defendant but a question arises, what will happen if a tort is committed by a person in a foreign country? Will, such a person be bound by the law of the country where such tort is committed or will the law of his country apply to him? These kinds of torts are known as foreign torts.

A who is an Indian visits Bhutan and there he commits a tort against B who is a citizen of Bhutan. Here, the tort committed by A is a foreign tort.

In India, the law of torts is not codified as a result there is no statute or an act of the legislature which prescribes the unlawful acts and the punishments for the same. Thus, the Indian Courts have to apply the principles of tort law on the basis of the English cases from which the law of torts in India finds its origin. Also, due to the lack of awareness among the Indian people about their various rights and the long amount of time which is taken in the courts for deciding a case, In India, principles of law of torts have not developed as much as the English law of torts. This is also another reason why English cases and laws are referred to by the Indian Courts in deciding the cases of torts in India. Thus, the concept of foreign torts in India is also on the same footing as that of the English law of torts.

A foreign tort can be defined as “When a tort which is committed abroad by a person and therefore the cause of action for such tort arises abroad.

Whenever any tort is committed against a property which is situated in a foreign country, the tort is called tort of reality. In such torts, the affected property is an immovable property which means that such property is fixed at one place and it cannot be moved from its position.

Under the English law of torts, no action can arise in a case where any tort relating to immovable property is committed and thus in such cases, the suit filed by the plaintiff is rejected by the courts.

Illustration: A is resident of England who visits India on a business trip and while staying in India, he commits a tort of trespass on B’s House. Here even though a tort has been committed but since it has been committed against an immovable property which is situated in a foreign country it is a tort of reality and such a case against A will not be maintainable.

In foreign torts, whenever there is an unlawful act committed against a person or against his movable property, such tort is known as personal torts. Unlike tort of reality, in cases of personal torts, the person who suffers a loss has the right to file the suit against the tortfeasor and such person’s suit is not rejected by the Courts. Thus for movable property and the body, personal torts are applied and remedy is available to the injured person.

Illustration: A (a resident of Spain) is on a trip to Switzerland, and got his phone stolen by B. Here, since the phone is a movable property, such a tort will fall in the category of personal tort under foreign torts and the suit filed by A will be accepted by the court and B will be held liable.

Illustration: K, a resident of China, while on an internship programme in Singapore was assaulted by B. Here, since the tort was committed against the body of K, it will be a personal tort and the suit filed by K will be accepted by the Court and B will be held liable.

The conditions are as follows:

The wrongful act is actionable in the country where such wrong has been committed.

The first condition which has to be fulfilled in a case of personal tort to be successful is that the tortious act which is committed by the defendant against the body or the property of the plaintiff is actionable in the country in which this act has been committed. For e.g., If a tort is committed against A’s body and he files a claim for damages. The Court will first see whether a suit can be filed in the court of the country where such an act was committed or not. If such an act is not actionable then the suit filed by A will be rejected.

In the case of Philips v. Eyre (1870) 6 QB 1, the plaintiff had filed a suit against the defendant who was the governor of Jamaica because the defendant had falsely imprisoned him. The defendant contended that he had done this in pursuance of the Act of the Jamaican legislature in order to suppress the rebellion. It was held that since such an act was not actionable in Jamaica, the place where the act was committed, therefore, the suit filed by the plaintiff could not be accepted and thus the defendant was not held liable.

In the above case, it was also observed that a suit for a wrongful act cannot be enforced only if such an act is not actionable in the country because of no recognition being provided for such a right. But if there is any limitation placed on an act from being actionable only on the grounds of the procedure then, such an act is actionable

Illustration: If A is wrongfully detained in another country and he could not have filed the case in their Court because of the limitation period being over, in that situation, the case can be accepted by the Court of A’s country because the act was not actionable only on procedural grounds.

In Carr v. Francis Times & Co. (1902) AC 760, following the proclamation of the Sultan of Muscat, the defendant had seized the goods which were being carried on a British ship and thus in the suit filed by the plaintiff, it was held that the act could not make the defendant liable because, in the country where it had been done, such an act was not actionable.

One more important rule under such suits is that when the cause of action is not of a local nature then, the suit is allowed by the Courts.

In cases where an unlawful act is a civil wrong in one country and a criminal offence in another country, the position of law was not clear. In the case of Machado v. Fontes (1892) 2 Q.B.D. 231, it was held that a civil claim can be made even if the country where the act is committed regards it as a criminal offence.

But this decision was overruled in the case of Boys v. Chaplin (1969) 2 All. E.R. 1085, and now the current position of law is that the act must be actionable in both the countries i.e., the country where the tort was committed and the country where the suit is filed. In this case, the plaintiff and the defendant got into an accident because of the negligent driving of the defendant. Both of them were British residents and the accident occurred in Malta. As per the law in Malta, damages for the pain, suffering and agony were not awarded and only monetary compensation for the loss suffered was given to the plaintiff but under the British law, these factors were also relevant in the award of damages. It was held that British law will apply in the case and the damages would be assessed as per the British law.

The act for which a suit is filed should be actionable if it had been committed in the country where the case was filed.

This is the second condition which must be fulfilled for a successful claim in cases of personal tort. If the country in which the plaintiff wants to enforce his rights does not provide such right or it does not consider that act to be unlawful, then in such a case if the Court allows the claim of the plaintiff it will amount to enforcing the laws of other nation and that situation cannot be allowed. For e.g., If trespass to movable property is an offence in country X but that is not an offence in country Y. A who is from Y wants to file a case in a court of Y for trespass to movable property. The court will not allow such a claim because it is not an offence in Y and thus there is no actionable claim in Y for such acts.

In the maritime case of The Halley (1868) 2 P.C. 193, an English streamer was travelling in Belgian water with a compulsory pilot which was required by law. Their ship ran down a Norwegian barge and as a result, the suit was brought against him. Under the Belgian law, it was an actionable claim but under British law, the defence of compulsory pilotage was open to him. Here, the English law was applied by the Court and it was held that this suit was not maintainable in the English Court.

As mentioned before, the law of torts in India has been derived from the English law and therefore, the principles and rules of the English law are also applied in India in relation to foreign torts. So, it can be said that a suit for trespass to land outside India cannot be brought in India.

In cases of movable property, the conditions which are required to be fulfilled in the case of English law should also be fulfilled with respect to Indian cases. So, the defendant should be in India, the act should be unlawful in the country where it has been committed and such an act should also be actionable in India. Only on the fulfilment of these conditions, a claim for foreign tort relating to movable property can be successfully filed in India.

When a tort is committed in a foreign country, such a tort is known as a foreign tort. In such torts the wrongful act against the immovable property cannot be filed because they are not maintainable in Courts, they are also called torts of reality. In cases of tort affecting body or movable property of a person, the suit is maintainable provided that such an act is unlawful in the country in which it has been committed and such an act should be actionable in the country in which such a suit has been filed. Thus, when these conditions are fulfilled, a plaintiff can successfully claim damages from the defendant for the tort committed abroad.