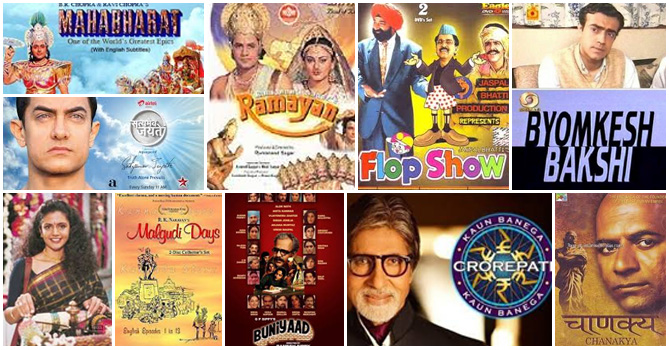 In this article, Kanti, a student of the University of Delhi, talks about the format rights and their enforceability in India.

What are format rights?

Format rights, as the name suggests are rights to the format of television programmes. It may be the structures replicated in each episode of the programme or in each series of the programme or a combination of both. It is a commonly traded intellectual property within the Television Industry, but the challenge lies in their unauthorized use.

A bleak description of a few ideas which could also be used in different television shows with different characteristics cannot be a protected format.

A format registered with a network can be licensed to other channels across the world so that it can be reproduced according to the nationality and interests of the audience.

Mainly unscripted reality television shows such as ‘Who wants to be a millionaire? (Kaun Banega Crorepati in India)’, ‘Big Brother (Big Boss in India)’ etc. have been remade in multiple markets across the world.

In this case, celebrated British presenter Hughie Green objected to the unauthorized adaptation of his TV Show ‘Opportunity Knocks’ by a production house in New Zealand. He claimed copyright to the script and dramatic format of the show. These were the title, the use of various catchphrases, the use of a device called a ‘clapometer’ to monitor audience reaction and the use of sponsors to introduce competitors. He failed in his objections because he could not show that his dramatic formats were more than accessories to the show.

The court held that “It is stretching the original use of the word ‘format’ a long way to use it metaphorically to describe the features of a television series such as a talent, quiz or game show which is presented in a particular way, with repeated but unconnected use of set phrases and with the aid of particular accessories.”

Television formats are legally considered to be intellectual property which is regularly bought and sold by television companies, broadcasters, and distribution agencies. Format copying is inevitable in today’s world. There is no specific law around the world that protect ‘television formats’. Conventions state that there are two forms of television formats:

Paper formats are those unpublished structures of a show mainly written to forward the idea or concept of the show to the producers, whereas Published formats are those structures which have been produced and converted into a Television show which can be licensed to protect it from format copying.

Though there is no specific law protecting formats, many countries have used other methods of protection including copyright law, passing off, unfair competition or breach of confidence, contract law, civil law etc.

Television is a huge form of entertainment in India which has a lot of programmes in several languages. There is no concept of ‘format rights’ in India. But in various cases, one can see that it is protected as an Intellectual Property such Copyright, Trademark etc.

Enforceability of Format Rights in India

The Copyright Act in India seeks to protect original works of artists, musicians, writers, and others. Copyright Act protects the expression of an idea and not the idea itself. Thus, making it difficult or non-existent to protect unpublished ‘paper’ formats. But the Courts have in their rulings given rise to the need for protection of TV formats in India.

In this significant judgement, The Delhi High Court found that Sony Entertainment Television had misappropriated confidential information provided to it by one Mr. Anil Gupta and created a new tv show based on the said information. Mr. Anil Gupta was a media consultant who came up with an idea for a television programme titled ‘Swayamvar’ and provided written notes, oral presentations describing the format to the company using which the created their own show “Shubh Vivaah”. Mr. Anil Gupta started proceedings restraining Sony TV from airing the show. The Court held in favour of Mr. Gupta and stated that:

“Ideas, concepts and programme themes are raw materials for the entertainment industry and their protection is vital. When an idea is developed to a stage where it is actualised then the concept is capable of being a subject of ‘confidential information’”

The defendant, in this case, started a website which contained the online version of ‘Kaun Banega Crorepati?’ based on the international TV show, ‘Who wants to be a Millionaire?’. The plaintiffs alleged that certain elements were reproduced in the website such as images, logos, music and other elements. The defendant was sued in Delhi High Court for infringement of the trademark. The Court granted an injunction to prohibit the online game from continuing.

Urmi Juvekar Chiang, a noted scriptwriter created a TV format about citizen activism and solving civic problems. This idea was fixed in the form of a concept note and a production plan. The idea was presented to a channel CNN-IBN who created and broadcast their own show based on the format given by Chiang. Chiang sued CNN-IBN on two counts:

The Court while deciding in favour of Chiang held the Copyright law not only protected the concept note but also allowed for the breach of confidence which occurred in the present case.

In this case, the plaintiff alleged that the serial Time Bomb created by the defendant was an unauthorized use of his serial 24. But the court rejected the contentions raised by the plaintiff and held that the themes which both the serials share is a general topic, but the storyline of defendant’s serial is substantially different from the plaintiff’s serial. The Court further stated that mere similarity in the presentation of the serial cannot be said a valid ground to claim copyright protection.

The court laid down some important guiding principles regarding format rights-

How to protect format rights?

If someone else other than the owner of the work infringes certain exclusive rights without permission given to the owner, then the owner can claim three types of remedies i.e civil, criminal and administrative. To know more on this, READ HERE.

How to register format rights?

Firstly, it is not necessary to register a work to claim copyright. The copyright is acquired automatically. But in case of any dispute of ownership of copyright, certificate of ownership is the prima facie evidence in the court of law.

To provide registration facilities for all types of work under copyright, the Copyright Office has been set up at B.2/W.3, C.R. Barracks, Kasturba Gandhi Marg, New Delhi.

The applicant can apply for registration online through “E-filing facility” where the applicants can file the application at the time and place chosen by them.

The procedure for registration is as follows

Both types of works, published and unpublished can be registered. Even if the work was published before the Copyright Act,1957 came into force and still enjoy the copyright, can also be registered.

Points to keep in mind

Position in the United States of America (USA)

Format rights in the United States are protected under copyright law.

Position in the United Kingdom (UK)

Format laws do not exist in the legal system of the United Kingdom. An attempt was made to recognize ‘formats’ of television shows by the British Broadcasting Bill, 1990 which was brought forward due to the ‘Opportunity Knocks’ case. This bill recognized both format proposal and a format programme. This Bill defining ‘television formats’ never saw the light of day due to the vagueness of the definition.

In this recent case, the High Court of England and Wales held that that a particular television format did not qualify for copyright protection as a dramatic work as its contents were unclear and lacking in specifics. The court said that the TV format was so vague that is cannot be protected as confidential information. It is very difficult to obtain copyright protection in case of TV formats unless the document very specifically expresses of being a dramatic work.

FRAPA (The Format Recognition and Protection Association) is a European organization which aims to ensure that television formats are respected by the industry and protected by law as an intellectual property.

In the highly competitive television shows market, each producer looks for a sure-shot or a ‘hit’ for his programme. This is where television formats come to the rescue. Alongside with its immense growth, concerns on its legal protection have risen too, mainly because there is no particular law protecting format rights.

In India, the courts have recognized format rights which are copyrightable only in case of breach of confidentiality.

So far, there has not been any conclusive judgement by Indian Courts on the “Protectability” of format rights in the absence of a confidentiality agreement.