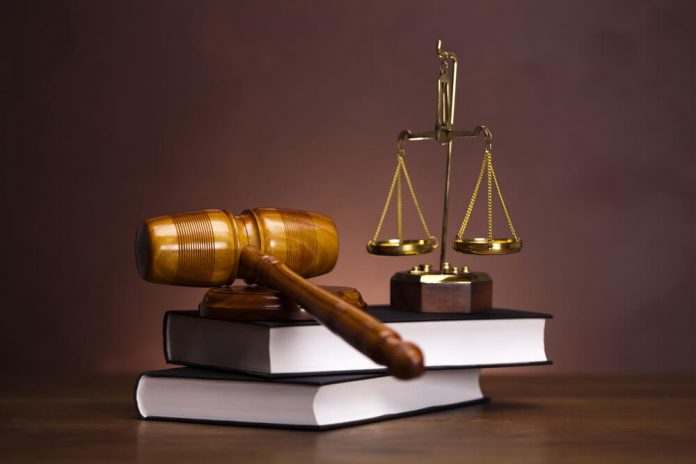 This article has been written by Samarth Suri, from Symbiosis Law School, NOIDA and modified by Abanti Bose, pursuing from Amity University Kolkata, India. The article briefly discusses the evolution of legal services around the world. It further notes the existence and importance of it with Indian content subsequently explaining its different functions. It also explains the functions of each of such authority.

The concept of legal aid has spanned across centuries, going back to the year 1919, when Reginald Heber Smith, in his book Justice and Poor, promoted the concept of legal aid and disparaged the legal profession saying that access to justice should be open to all without any obligation to pay. Without equal access to law, he wrote, the system robs the poor not only of their only protection but places it in the hands of the oppressors, the most powerful weapon ever invented.

Even the code of Hammurabi attempts to limit the charges paid for services to poor men. The code described three processes, by way of which the society can move towards social engineering through free legal aid.

The first step of free legal aid was to grant assistance to the vulnerable communities, the second was to put restrictions upon the exercise of privileges accorded by law to those who are well off, and the third was to strip the rich of their amenities and put the rich and poor on the same footing.

Mosaic Law gave to the poor many privileges, for he was poor. For example, if the creditors took a poor man’s cloak as a pledge, then he must return it by nightfall otherwise he wouldn’t have anywhere to sleep. Prompt payment of wages to the poor was also seen as essential.

History of Legal Aid in India

The adversarial system that came in India, with the advent of the British ended the informal dispute resolution system. This new system was more complex and required prior knowledge to be used.

In M.H Hoskot v. State of Maharashtra,  the Supreme Court held that our legal system that has been mounted by the Anglo-American models which heavily uses legal technology, compel the collaboration of lawyer power or steering the wheels of equal justice under law. The adversarial model has been characterized by the technical nature of law, because of proper proceedings in court and the prevalence of lawyers and subsequent fee, hence it became imperative for the proper and fair adjudication of justice that Legal Aid be incorporated into the Constitution.

The 42nd Amendment Act inserted Article 39-A to the Constitution, hence making equal justice and free legal aid a directive principle of state policy. As pointed out by Granville Austin, the portions dealing with Fundamental Rights and Directive Principles of State Policy are meant for social revolution.

The working of Article 39-A reiterates that kind of social justice being prevalent in society.

How free legal aid was introduced in India

The 14th Report of the Law Commission of India mooted the idea of providing free legal aid to the poor by the State. The Report highlighted the responsibility of the legal community to administer the legal aid scheme and the State to fund legal representation 174 to the accused in criminal proceedings, appeals, and jails. In 1960, the Union Government initiated the national legal aid scheme which faced financial shortages and died a natural death. In 1973, in the second phase, the Union Government constituted a committee under the chairmanship of Justice Krishna Iyer to develop a legal aid scheme for states. The Committee devised a strategy in a decentralized mode with legal aid committees in every district, state, and center. A committee on judicature was set up under the chairmanship of Justice P N Bhagwati to implement the legal aid scheme.

This Committee suggested legal aid camps and nyayalayas in rural areas and recommended the inclusion of free legal aid provision in the Constitution. In 1980, the Committee on National Implementation of Legal Aid was constituted with Justice Bhagwati as its head. Subsequently, the Parliament enacted the Legal Services Authorities Act, 1987.

Section 340(1) of the Code of Criminal Procedure, 1898, provided that when a man was charged with an offence punishable with death, the court could provide him with counsel upon his request.

This was subject to twisted interpretation by the court, as the court regarded this as a privilege rather than a right in Tara Singh v. State of Maharashtra. However in the Code of Criminal Procedure of 1973, this was made a statutory rule and it was provided that in a trial before a session Judge if the accused does not have sufficient means to employ pleaders, the court shall do so at its own expense.

It is also the duty of all of these authorities to provide for post-litigation services in the form of free of charge representation in court and aid in other court related expenditure.

Functions of the Central Authority

The state authority has the responsibility to give effect to the directions issued by the Central authority. It provides legal services like the central authority and also conducts Lok Adalats. Besides this the authority also has other functions as follow:

The committee shall consist of a Senior Civil Judge operating within the limits as an ex-officio Chairman, and other such members prescribed and nominated by the state government in consultation with the chief justice of High Court.

Every central, state, district, or taluk committee may organize Lok Adalats from time to time. A case may be referred to the Lok Adalat if any of the parties thereof makes an application to the court for referring the case to a Lok Adalat.

Powers of the Lok Adalat

The Lok Adalat for determination of any matter under this Act will have the same powers, that of a civil court that has been granted to it under the Code of Civil Procedure 1908. The powers of the Lok Adalat are as follows:

Section 340(1) of the Code of Criminal Procedure, 1898, provided that if a man was charged with an offence punishable with death, the court could provide him with counsel upon his request. This was subjected to a twisted interpretation by the Supreme Court by classifying it as a privilege rather than the duty of the magistrate in Tara Singh v. State (1951 AIR 441). However, India in the Code of Criminal Procedure, 1973, facilitated the statutory implementation of free legal aid subsequently. Section 304(1) provides that: In a trial before the sessions judge, if the accused has not sufficient means to engage a pleader, the court should assign a pleader for his defense at the expense of the State.

Legal Services have been the cornerstone of justice for centuries, they help in fulfilling the ideal of equal justice, irrespective of the financial ability of an individual. Their existence is also a testament to the working of a socialist structure in a country, and also shows the various benefits of a socialist structure. The abscess of legal services may lead to misuse of the law that was created to protect the underprivileged and wronged in the first place.

Legal services can be in different forms, in India they have taken the form of authorities at the central and state level. We also see the presence of legal services under the Directive principles of state policy in the constitution.

Hence their optimum usage and implementation are essential for the proper working of the Justice system in any country.