In this blog post, Rishabh, a student of Guru Gobind Singh Indraprastha University, New Delhi and pursuing the Company Secretary Course by ICSI, discusses funding of political parties in India.

Every political party, whether big or small needs to ‘sell’ to the people, why they should vote for their party. Achieving without proper execution of planned advertisements can be hard. The question of funding arises with a motive to financially back up the advertisement costs and other miscellaneous costs incurred by the party to promote itself. We shall, in this article, analyse the funding of political parties in India.

How can a political party be funded

There are various methods of getting a political party funded. Most popular methods of funding of political parties, however, are funding by Individual Person, Public Funding and Corporate Funding. 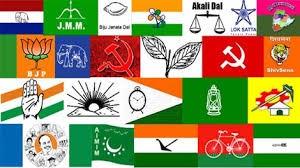 A political party may also acquire funds by ways which are criticised, but not illegal, such as donation by people during rallies, relief funds, the sale of coupons and other miscellaneous fundings. 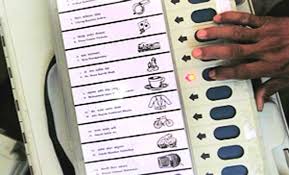 State Funding can be of two types:

Direct funding by the state is prohibited in India. However, indirect funding is allowed in a regulated manner. Some examples of indirect funding in India to the political parties are providing free access, for campaigning, of state-owned television and radio network, free electoral rolls, income tax exemption under Section 13A of the Income Tax Act, 1961(hereinafter the IT ACT), etc.

Donation by corporate bodies is governed by the Companies Act, 2013. Section 182 of the Act provides that: 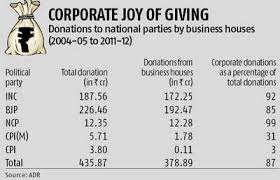 As evident, corporate funding is a major player in the election campaigns in India. It is a matter of common sense that no company would fund a political party without any personal interest. The more the funding, the more influence the company has over the party. It is for this, corporate funding is criticised, and many-a-times has been debated over to be banned. 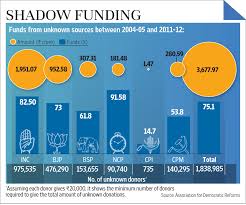 Electoral Trust is a non-profit company established to receive voluntary funds subject to Section 29B of the Representatives of People’s Act, 1951 (hereinafter RPA) and donate the same to the political parties (Rule 17CA of Income-tax Rules, 1962). It is prohibited for the electoral trust to carry on any other kind of business. Also, one trust can not donate to another trust. It is a must for an electoral trust to have “electoral trust” in its name. It is currently provided for by the Companies Act 2013 and Electoral Trusts Scheme, 2013 as notified by the Central Board of Direct Taxes on 31st January 2013.

The electoral trust must donate at least 95% of the contributions acquired to the political parties for campaigning. If it fails to do so, it shall not be exempted from paying income tax. On payment of the said percentage to political parties, it is not required to pay income tax on the donations as provided under Section 13B of the IT Act.

The primary statutory provision regarding funding of political parties is in the RPA:

The rivalry between political parties in India is aggressive, and it is not a matter of shock that immoral methods are adopted by certain parties to acquire funds. It includes funding through fake companies, funding through black money and other methods. In order to regulate the fundings, certain provisions are present in different acts in India. Apart from the provisions regulating corporate funding mentioned above, some other provisions are:

Limits on Expenditures by Political Parties

The maximum expenditure by a political party in an election is governed by Rule 90 of the Conduct of Elections Rules, 1961. Earlier, the limit set was considered to be lower than necessary. In fact, experts were of the view that the lower limits invite under-reporting of the actual expenses incurred, leading to dishonesty in one of the very fundamental steps of the democracy of India, i.e. elections. After the amendment done in the year 2014, the limits set by the new rule are: 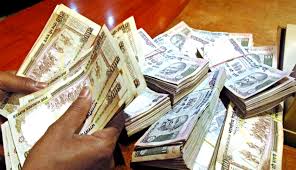 Lack of Transparency in Funding

By the virtue of Section 29C of the RPA, political parties are not required to disclose the name of the person or company making donations to them if such donation does not exceed Rs.20,000/-. This enables political parties to break up the donations from various questionable sources into parts not exceeding Rs.20,000/- and therefore escape from the obligation of disclosing the names.

Examples of Misuse of Lack of Transparency

The majority of political parties in India are accused of under-reporting the actual costs incurred by them for electoral campaigns and various sources facilitating such funds.

[3] Not the right time to have state funding of polls in India: Election Commission, Economic Times, December 15, 2015 available at http://articles.economictimes.indiatimes.com/2015-12-15/news/69061949_1_political-parties-state-funding-parties-and-candidates (last visited on December 22, 2016)

[4] Chapter 4 of the Report of the National Commission to Review the Working of the Constitution, 2001