This webinar brief has been written by Niti Pandey, from the School of Law, NMIMS, Indore.

Cryptocurrency is global and decentralized in nature as nobody owns and controls them and if required, it is done by the masses so it becomes people’s money. All technological innovations such as the internet, social media, mobile devices, etc and some application areas such as e-commerce, peer-to-peer learning, etc. are democratizing in nature, means technologies gives power to people, like a smaller guy who earlier had to line up outside the STD, ISD booth, can today make a call or a person who was not part of a supply chain can now directly order from Alibaba in China. Cryptocurrency being a people’s money, not governed by any central banker makes it more attractive. The biggest aspect of cryptocurrency is that it is relatively secured. Since there is no owner to it, there is no one you can complain to, shows the negative aspect of it.

Explanation of blockchain and its relationship with cryptocurrency?

Compared to how evolved the classical finance world is, cryptocurrency is not that great. The fact is that the cryptocurrency and the way decentralized blockchain works is a social phenomenon. It is a very human-centric technology and finance.

The big advantage of a decentralized blockchain is that it is immutable as long as somebody is running the blockchain software, the database that it is storing will remain alive. Suppose, you are a customer of some bank that runs a huge data server and server farms to run its computer services, for that it employs people to work for programming and expends a lot of resources etc.

Bitcoin aims to do similar activities but it has no owner, so it needs similar resources and it runs on the blockchain, probably it needs more resources, it is done by the masses in this case. Anybody can run the bitcoin network, the way to intensify them is that periodically, one would give some of them a token. The token itself is a bitcoin. The inherent value of a token is nothing, but because it represents an entire bitcoin network and its ability to store and transfer value, the market assigned a certain value to it. So, cryptocurrency is a token that powers a public blockchain and underlines the blockchain technology.

Over time there is more data and more and more computation power required for the blockchains, what happens then?

As per the concept of Halving, every four years, the number of new Bitcoin decreases. When one runs the Bitcoin software, he/she authenticates the software. A collection of many transactions is a ‘block’. Among the people who try to authenticate the transaction and uncover the next block, one of them succeeds, this person gets two things, one is the ‘block reward’ and second, all the fees of all the transactions in this block.

Every time a block is mined, this process gives 6.25 bitcoins now and every four years it keeps reducing and goes to zero in 2140 but simultaneously the number of transactions will increase and value of each bitcoin will go up and the transaction fees that will be collected will also increase and that’s why the expectation is that it will remain a substantially attractive proposition for people to mine.

Let us assume that the price of Bitcoin goes down or the difficulty becomes so much that computers are not able to compute it, the moment when people will stop the mining process because it’s not lucrative, automatically right there, the difficulty went down, so the bitcoin algorithm adjusts itself to the computing power that is in the system.

Is it safe to buy it and save it for a prolonged period?

The value of any asset is based on two factors; first, what it produces and second is the value attributed to the market. Whenever we are putting money into any asset, we are working on certain assumptions. You have to rely on what assumption you are willing to take. The only way for the invested money in it to be safe is based on your prediction that people will continue to give it value or not.

The basic function is the record-keeping in a non-frequent transaction. In layer two technology one of the famous is the lightning network where bitcoin is transferred just by a click. In layer three technologies, primarily created by creating other chains that are commonly known as ‘Side Chains’ and other chains which run their own channels and periodically right to the blockchain and ultimately create new applications.

The legality of blockchains and cryptocurrency

There is no counterparty here to blame particularly. Bitcoin has some currency-like feature but it actually is anti-currency because it takes away all attributes of a currency which it thinks is irrelevant in the digital era. Money is centrally controlled but bitcoin is the opposite. To understand better, information is transmitted both by Door darshan and social media but Door darshan is the Indian Rupee and social media become bitcoin.

Future of cryptocurrency in India

Although there was a bill proposing criminalizing of Bitcoin which is still not tabled at parliament, not everyone was against it. The concern is about the misuse. Cryptocurrency is a perfect example of something exciting and not understood well. The Government of India is very careful in accepting it.

On the other hand,  the government too, does not deny it completely due to some benefits in the economy like before the RBI circular, there were a huge number of people directly employed in the cryptocurrency world, in secondary and tertiary services, thousands of jobs were created, in tax collection, this was the fastest-growing sector.

India is a signatory to the guidelines on cryptocurrency by FATF and G20, it can be hoped that eventually, it will converge.

The reason is that there is no regulation and the fact to set up a cryptocurrency exchange in one evening, this causes the mushrooming, which is scary, the fear comes from two parts one is the bad intent of the people who run the exchange and the second are those who do not have a  bad intention but end on doing wrong. The reason behind the mushrooming is that the regulators don’t want to be answerable. In some countries, it’s the Payment Services Bill which governs, and in some other countries, they have a Collective Investment Scheme.

In India, the government has neither disallowed exchange nor put guidelines on how to run an exchange.

Role of lawyers in the industry of cryptocurrency

Taking a general area of Banking and Financial Services (BFSI), with respect to the role of lawyer, there is compliances, corporate structures, agreements, involvement in disputes and representations, custody, trust management, and legacy management, pretty similar jobs as being done in banking and financial services industry. This is the gold mine from the legal profession point of view because here everything is new and completely subjective to interpretation. It is a very budding and upcoming area of practice from drafting contracts, notes, documents, and terms of service to company formation and structuring of corporate. The underlined asset and underlined delivery mechanism i.e. the blockchain are global in nature like bitcoin in India is the same as Bitcoin anywhere else, it has the potential of being a truly global legal field.

On one hand, it is said that Bitcoin cannot be hacked but on the other side we hear stories of it being hacked now and then. As an analogy, if we take an example of someone’s debit card being hacked if someone accesses your net banking and withdraws money. Here, the account got hacked not the rupee, which has happened in the case of Mt. Gox, namely their own servers got hacked. One cannot hack the bitcoin algorithm and create fake bitcoins of its own.

In terms of being hacked at the exchange level due to any reason, this is a very big risk. So, it is recommended that people should store their own money, instead of handing over the custody of their digital asset to another person. This is the place that attracts every potential hacker to come and steal.

Scope of patent law in this technology

A lot of companies like Microsoft etc are applying for a patent and being granted certain patents. In any new technology, sometimes any innovation is going to be patentable but these tend to be contested. There is a completely different aspect of patents whenever you are looking at copyright, trademark, patent. There comes the thing of prior art or such things existed before or not which is proved by the lawyers. To this extent, not the blockchain-related patents but storing patents on the blockchain, which is an entirely new dimension is probably the most beautiful.

Smart contracts on the blockchain is Bitcoin blockchain?

Usually, we are talking about the Ethereum blockchain because it has the biggest advantage that you can run smart contracts natively. With Bitcoin, you can do it but with little additional efforts. 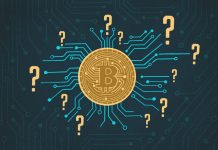 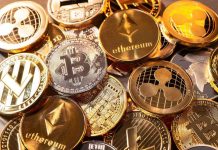 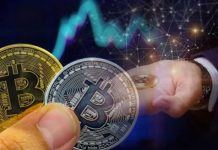 Reasons why crypto education is important