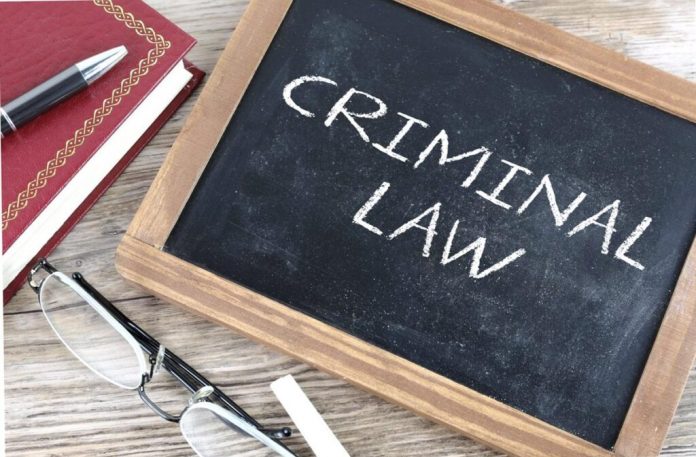 This article is written by Ilashri Gaur, a law student pursuing B.A. LLB (Hons.) from Teerthanker Mahaveer University. This is a detailed article containing all the relevant information about the Geeta and Sanjay Chopra kidnapping case popularly known as Ranga-Billa case.

it has been published by Rachit Garg.

In this society where people prefer to live peacefully, they often demand the extinction of the lives of troublemakers and those who pose a menace to society. This case involves professional murderers, and they deserve no sympathy, even in terms of society’s evolving standards. This case revolves around a heinous crime that happened back in 1978. It got popular because in this case, the murderers, who got famous after this occurrence was caught and sentenced to capital punishment. Despite their appeals in the Delhi High Court and Supreme Court, the final conviction warranted the death penalty because these criminals posed a threat to society and if they were given a second chance, there were chances that more heinous crimes of this nature would be committed. These murderers left no stone unturned as they killed two innocent children in a heinous manner merely for the sake of money.

In this article, we will deal with this case study in detail along with the judgement given by the Additional Session Judge, of the Delhi High Court and the Hon’ble Supreme Court.

The Geeta and Sanjay kidnapping case is also known as the Ranga-Billa case. This heinous crime happened on 26 August 1978. In this case, two children were kidnapped and murdered. This incident took place in New Delhi. The kidnapping and subsequent murder of the two siblings Sanjay Chopra and Geeta Chopra was committed by Kuljeet Singh (also known as Ranga Khus) and Jasbir Singh (also known as Billa).

Madan Mohan Chopra was a captain in the Indian Navy, residing in Dhaula Kuan, New Delhi, with his family. He had a daughter named Geeta Chopra, aged 16-½ years, and a son named Sanjay Chopra, who was two years younger than his sister. During the evening, Geeta and Sanjay participated in a programme for which they had to reach All India Radio, and when their parents turned on the radio to listen to the programme in which their children took part, what they heard was not the voice of their children. Then when their father went to the radio station to pick up his children. Upon reaching there, the father found out that the children did not reach All India Radio in the first place. He got worried and asked his family and friends if they went to their places, but the response was negative too.

Ranga and Billa kidnapped Sanjay and Geeta from outside the radio station in a car. Many people were witnesses in this case as they had seen the car and the children in it asking for help, and people also tried to help them out but were unable to catch them. Soon after, he decided to file a complaint at the police station.

Further, the police tracked the culprits and investigated the case, and soon after, on August 28, 1978, a cattle grazer came across two dead bodies. One was of a boy and the other was of a girl. Their dead bodies were lying in a jungle. The parents who had lodged a missing complaint for their missing children were called for the identification of the dead bodies and these bodies were identified to be of Geeta and Sanjay Chopra.

A post-mortem examination was conducted on Geeta Chopra’s body on August 29, 1978, and the doctor found:

Various injuries were found on the body of the deceased. There were wounds over many body parts like the wrist, fingers, neck, and bones and they were fractured and stained. An internal examination was also conducted  in which several other injuries were found. The bones were cut in a sharp manner. The lungs and heart were decomposed. Ribs were intact. Injuries to the neck were sufficient to cause death in the ordinary course of action. The injuries were the result of haemorrhage and shock, which resulted in death.

The word rape comes from the Latin word ‘rapio’, which means to seize. It is defined under Section 375 of the Indian Penal Code.

Rape is said to be committed under the following circumstances:

In Geeta’s case, the body was in a state of decomposition and, under such circumstances, there was no definite opinion as to whether she was raped or not. During the post-mortem, it was noticed that there was no injury on her private part and also no injury from a violent sexual act in the surrounding area of her private part.

On this date, the incident took place.

Sanjay and Geeta left the house for All India Radio.

They were about to reach All India Radio, Parliament Street.

The programme in which Geeta and Sanjay took part started at 8 PM, but they were not there to attend the programme.

Mohan Chopra (the father) left the house to pick up his children.

At 9 PM on the same date

Their father reached to pick up his children from All India Radio. However, he did not find his children at the gate where they promised to be. Then he made some enquiries and came to know that the children did not report to the All India Radio Station. He further called home as he thought that the children might have reached home by that time, but he came to know that his children did not reach the house either. He further went on enquiring about it with his family, friends, and other relatives but did not receive any positive response.

Mohan Chopra decided to inform the police. He called the police control room and gave a description of the whole incident and reported that they were missing.

Their father went to find his children and came back home at 11 PM after drawing a blank.

A public witness named Bhagwan Das exited Gurudwara Bangla Sahib and rode his scooter towards North Avenue, where he saw a mustard-coloured Fiat car with the registered number and heard noises from that car. He ran back towards the car and saw two people sitting in the front seat and one boy and girl sitting in the back seat.

During that time, other people had also seen and tried to catch the car. One person even held the car door, but the culprits escaped in the direction of Willingdon Hospital. Then Bhagwan Das decided to ring the Police Control Room, and his report was recorded.

At this time, the report was submitted to the sub-inspector and he left for Gole Dak Khana on his motorcycle along with the constable. After enquiring with different people, when they didn’t receive any positive response, they came back at 9:55 PM.

A person named Vinod, on the same day was brought to the Casualty Department of the Willingdon Hospital where he was examined by a doctor. He told the doctor that he had been beaten by someone, and on medical examination, it was found that there was a wound on his forehead.

Further, the constable said that 2 or 3 people had snatched his watch and beaten him on the Bangla Saheb Marg near Kali Mandir.

The sub-inspector was directed to investigate the matter at this time.

Then the sub-inspector along with the constable came to the hospital at this time.

The sub-inspector went to the regional transport office to confirm the car’s number, but there he came to know that this number belongs to one of the scooters.

Around 6:00 PM, a person named Dhani Ram grazing his cattle saw two dead bodies; one was of a girl and the other was of a boy, in a jungle. Then he reported the same to the police (a head constable).

Provisions of the law attracted

After the appeal made by the culprits, the final judgement was passed by the Delhi High Court under the Bench of Justice V Mishra and F Gill.

Kuljeet Singh (Ranga) and Jasbir Singh (Billa) had been convicted by an Additional Sessions Judge, Delhi, under the sections of the Indian Penal Code and sentenced to death. Each of them had been sentenced to rigorous imprisonment for five years under the first count as well as the second, and to rigorous imprisonment for seven years under the third count. After the judgement of the Additional Session Court, the culprits, Kuljeet and Jasbir, both filed separate appeals against their convictions and sentences. The Trial Court had also submitted the proceedings to the Delhi High Court under Section 366 of the Criminal Code Procedure for the confirmation of the sentences of all the appeal and murder references, which were disposed of by that judgement.

The culprits filed a Special Leave Petition against their conviction and, further, the sentence was dismissed by the Hon’ble Supreme Court. By the writ petition, the culprits asked for a re-appraisal of their case and reconsideration of the death sentence was imposed on the court. The Hon’ble Supreme Court said the Session Judge and the High Court were right in giving such a judgement in which the two accused were charged. As there was complete evidence which proves them guilty and they completely showed unimpeachable character, which establishes their complicity in the murder.

The case occurred in 1978, and the culprits got the death penalty in the court where the charges were murder, kidnapping, theft, and having an illegal weapon, preparation for committing murder. The culprits were the reason for the deaths of two children, and for the same, they got imprisonment along with capital punishment. This case was closed after the Chopra family got justice.

India is famous for many things. The positive things are its diversity, culture, different religions, and beautiful states, along with their beautiful view. But this beauty also includes negativity, which makes us take a backseat. Incidents like these are the reasons which ignited the fire of a negative image of India.

This case haunted many people back then and is still remembered by many. The government also indulged personally in this case as it was considered a heinous crime. The government took multiple steps back then and made much stricter rules to safeguard the children and youth of today. In the beginning, it was at its peak, but in the due course of time, it lost its spark and ultimately faded away. But still, it is remembered and has a lasting impact on the Indian populace.

Was the Geeta-Sanjay murder pre-planned?

No, the Geeta-Sanjay murder was not pre-planned.

Why did the culprits kill the children?

They knew that their parents would not be able to give them money and that the father was a government servant. So, they killed them.

What is the view of the Supreme Court in this case?

The Supreme Court supported the judgments of the Additional Session Court and the High Court as there is no sympathy for committing such a heinous crime.

Who were Ranga and Billa?

Offences against the human body

An analysis of concept of ‘continuing offence’ under the Code of Criminal Procedure, 1973